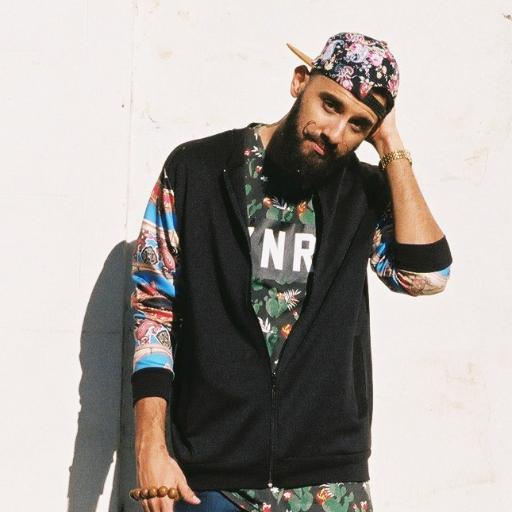 Zohab Khan is an educator, spoken word poet, motivational speaker, didgeridoo player, harmonica beat-boxer and hip-hop artist. Since 2006, Zohab has been building a career in spoken word poetry, culminating in taking the title of Australian Poetry Slam Champion in 2014. Zohab has performed on stages across Western Europe, China, Indonesia, Malaysia and the Middle East. As an educator, Zohab runs workshops across schools in Australia and New Zealand, aiming to promote esteem and self-worth in young minds through the medium of spoken word poetry. In 2014, Zohab was a finalist in the International Poetry Slam in Madrid. In 2015, his first collection of poetry, ‘I Write’, sold 1000 copies within 5 months of its launch.

Do you think the spoken word format lends itself more easily to concerns of a more visceral nature such as issues of global violence, war, civil strife? Do you think there is potential for the form to encompass a variety of themes?

I think spoken word is dynamic. I find it to be a great means of shedding light on issues that I believe to be important. Poetry has always been an effective means of creating change and spoken word is no different. I personally use my art form to talk about issues such as war, socioeconomic disparities, racism and gender inequality, but I don’t think that spoken word poetry should exclusively be about social justice issues. Just like any art form it should reflect what is important to the artist, and if you want to write a poem about the brilliance of ice cream and sprinkles I think that’s awesome!

What do you think it takes to be an outstanding performance poet? Do you think that the physicality of the form entails a particular brand of courage?

Honesty. I believe that art is about honesty; it is about being raw, real and allowing the audience to see parts of you and themselves infused in your performance. I am a very physical performer and involve my whole body in my performance. That’s just my style. It’s how I feel comfortable. I tend not to rehearse my actions and let myself become the poem. To be a good performance poet, I think you have to believe what you’re saying. The audience will smell a disingenuous poet a mile away. I think being on stage is a responsibility; you have the responsibility to enrich people’s lives in whatever way possible. Being on stage is not about you the performer. It is not about self-indulgence, it is about your audience, it is about the human condition, it is about how we as people interact with one another. To be a good performance poet I think one needs to break down one’s ego and recreate it in a positive and constructive manner.

What can you tell us about how audience interaction figures in your performance? What are your most positive and negative experiences in this regard?

Honesty. I believe that art is about honesty; it is about being raw, real…
I love interacting with my audience: I like to think of my performance as a conversation with them. I had a performance just last night where a lady’s phone loudly started playing a video half way through one of my poems. I would usually ignore something like that and continue with my poem like nothing even happened. But because it was a small venue and I was feeling extra interactive last night I integrated the lady and her phone into my poem, I just freestyled for a while about her phone and then seamlessly went back to script. It went down great! My shows involve a lot of interaction and 99% of the time it is all-positive.

I had a few negative interactions in my early days as a performer, which I’m really grateful for. If it wasn’t for those early “haters” I may not have worked as hard as I have to get myself to where I am now.

Can you elaborate on your unique style of slam involving elements of hip-hop and rap? Which other artist have you learned from in honing your particular style? Do you think this synthesis of forms is particularly rewarding in terms of how you are challenged as a writer?

As a writer I always try to challenge myself and implement different styles and techniques into my work. I am a huge hip hop fan and that comes out in my writing. Rap music has played a role in my life for as long as I can remember: there is something about the manner in which a hip hop MC can play with words that always resonated with me. This in conjunction with my love of old Urdu Ghazals and classical English poetry makes for an interesting mix.

I love spoken word poetry because of its dynamic nature and how it allows you to constantly change your style. I love trying new things in my writing book.

You’ve been a highly successful motivational speaker for years. How has this benefited you as an individual? Are there any moments that you particularly cherish?

My favourite motivational workshops are the ones that I run in schools around Australia and New Zealand. There is something very rewarding about giving new a new skill set to young people to gear them towards success.

At the end of last year, I was running a one day program in a school in a remote regional area of Australia. This town had limited resources and the youth had various issues with drugs, alcohol and crime.

I ran through my program and could tell that the kids all felt genuinely enriched by the end of the day. As I was making my way out the door I was approached by a girl who had an awkward smile on her face. She looked at me and said “Thank you, I really needed to hear that. I was planning on killing myself this weekend.” I stood there blankly not knowing what to say, eventually I smiled and we spent the next few minutes talking about the importance of writing and expressing yourself.

I eventually said goodbye to her and the school and headed back to my car. When I got into my car I unashamedly admit that I couldn’t help but sob, not out of sadness but rather for the opportunity that I have been given to be able to have an effect on people’s lives.

I’ve continued to mentor that girl, and she is taking positive steps to improve her life.

What kind of young talent do you hope to find as part of the Pakistan Poetry Slam? What have you learnt from your own experiences, particularly winning the Australian Poetry Slam in 2014?

I’m really not sure how to answer that question: there’s not just one type of talent that I hope to find. The Pakistan Poetry Slam is about providing the platform to showcase the talents which hide in this great nation. In conjunction with workshops, I want to give young people the tools to better articulate themselves and share the stories that live inside them. Endless potential lives in Pakistan and I’m really excited about facilitating that potential.

Winning the Australian Poetry Slam changed my life, there is something really rewarding about achieving something that you’ve chased after for years. Lots of life lessons become evident. Winning the Slam has allowed me to travel the world with my poetry and share my stories, it truly has been a great blessing. This is something that I want to bring to Pakistan as well, we want to make poetry cool again in Pakistan. I think Poetry Slam is a great step towards making writing poetry a viable career option for young Pakistanis.

Editor’s note: An earlier version of this interview appeared in Pakistan Today under the headline ‘New Energy’.

The Missing Slate's poetry editors talk about time, love and everything in-between in our Meet the Editors series.