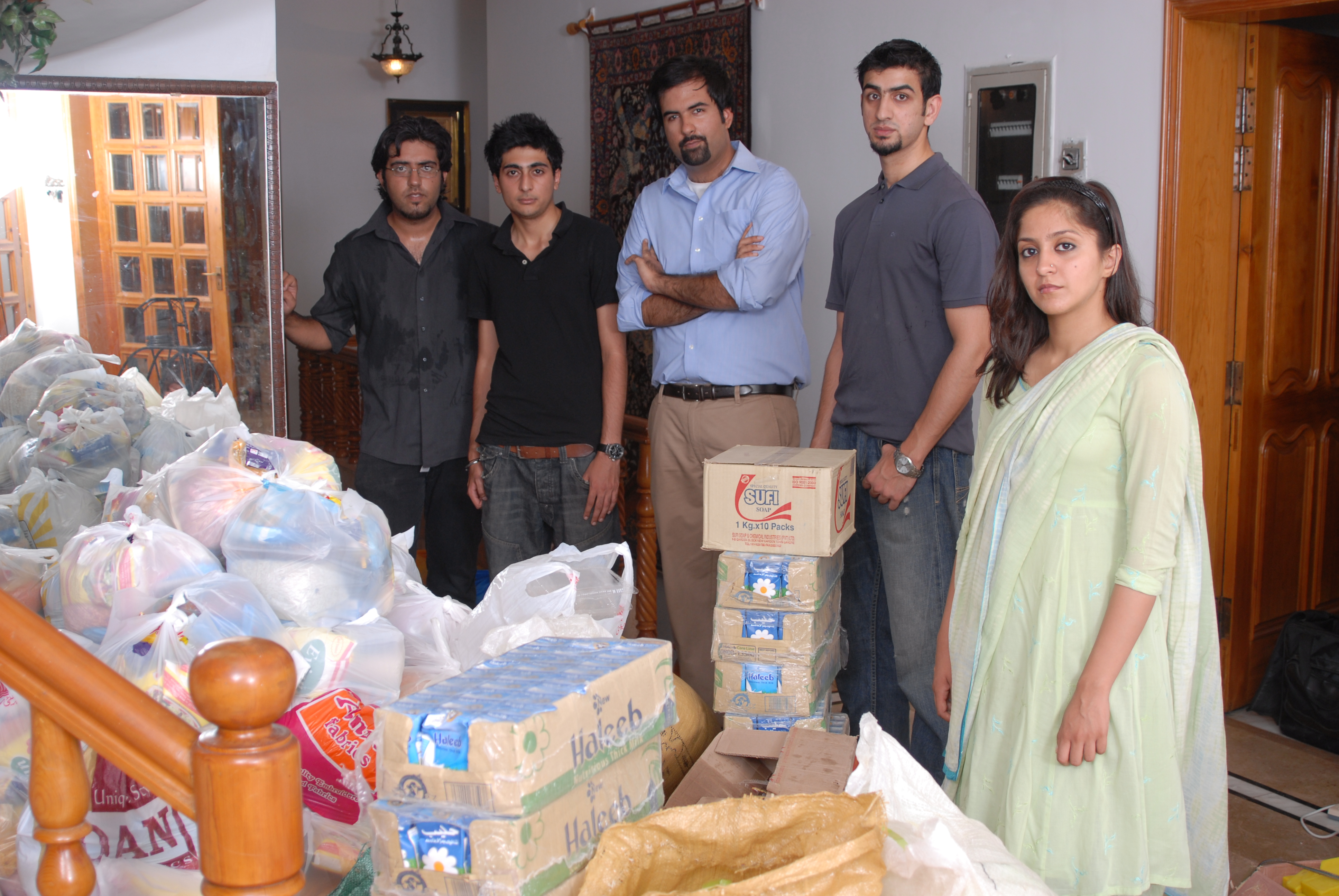 Pakistan, in the 21st Century

The floods might have devastated Pakistan in numerous ways: the immense misery, pain and the profound loss suffered by some of the nation’s poorest families will remain one of the world’s greatest natural disasters of the 21st century. But it also brought people together in a joined and collaborated effort to help those in need. Indeed, the foundations for Khushaal Pakistan, a young organization started by three young men—political activist Samad Khurrum, systems analyst Owais Barlas and marketing expert Muhammad Rafeh—were laid in the aftermath.  Within the span of two months, the organization traveled to Baluchistan for relief efforts and productively covered 13 flood affected areas. Their basic relief wasn’t limited to the bare essentials of food, tents, warm clothes, etc. but also raised over US $100,000.

The best laid plans often go awry and that may have been why none of this was effectively planned from the get go: the group’s concentration was to raise funds which would go into another reliable organization. But, as Mr. Khurram explains, the theory was just that: a theory. “The initial plan was to focus on fundraising and financing people in the field. However, three basic issues came up: none of the organizations approached kept a record of their accounts / were transparent; most of them came with high overheads; all were inefficient and not targeted.” With no formal structure in place, the solution seemed relatively simple and straightforward to these Three Musketeers: build an organization that would serve the welfare of the downtrodden. And so, Khushaal Pakistan was born. “Our basic philosophy is to develop long term solutions for underdeveloped areas in Pakistan by suggesting valid, affordable improvements that, when made, will drastically improve the standard of living in these areas.”

Khushaal Pakistan isn’t run in the way one might expect from a not-for-profit non-government organization: the overhead costs are usurped by the three founders while the donations cover the transportation costs No extraneous funds are used for publicity and promotional purposes. “We need more young people to join us in our expeditions (to the sites), especially for things like conducting field research and models’ analysis currently under consideration. Motivated, passionate individuals with economics and entrepreneurship backgrounds are, in particular, encouraged,” Mr Khurram replies when asked what is required for sustaining the operation. As things stand now, before handing over the collective donations the team assesses (through intense field research) how much to give, who to give it to and just what needs to be given.

“We are planning for a long term sustainable project for all four provinces that will help people in those areas to stand on their own two feet. Although, this might take a while,” Mr. Khurram adds on the intention to switch from flood relief work efforts to a long term sustainable plan emphasized by bringing the donations schedule to a (temporary) standstill. In line with this shift, one among many projects currently in the pipeline involve the creation of a “small scale cottage industry (roughly US $100-200,000) and linking it with foreign markets,” relevant in particular for places like Kot Addu where its citizens are skilled in carpet weaving.  This along with opening it up to foreign markets will ensure that the salaries paid out to workers will be much higher than current earnings. But the organization’s plans don’t end here: “Health care and education of the workers and their children will be handled by KP as well. Should we earn profit on this project it will only be reinvested into another project,” Mr. Khurram continues.

The solution to mass unemployment and poor health care of flood victims as laid out by Khushaal Pakistan is simple: create jobs and educational establishments. This, instead of forking over money that might never find a use by people lacking the appropriate entrepreneurial skills and know-how will help creating a more stable environment. Although the initiative is still a work in progress solution and details like the cost, funding and the actual implementation need to be worked out, the real solution is altogether different: “We need more and more people to realize there is a multiplier effect of investments in the long run. The age-old charity based relief system is both awfully short-term and has a very limited impact.”

Thinking out of the box has become a bit of a necessity in these troubled times. By presenting workable solutions that tackle the heart of the many issues Pakistan is currently facing, these three young men are doing exactly that. But if this is really to work and stand a chance, then everyone will have to put in a collective effort and play a significant part in this revolutionary process. Khushaal Pakistan is a promising step in the right direction and will, we hope, be one among many.

Editor’s Note: If you would like to respond to this piece, please send in your comments to feedback@themissingslate.com. We will publish them at our discretion in the following issue.