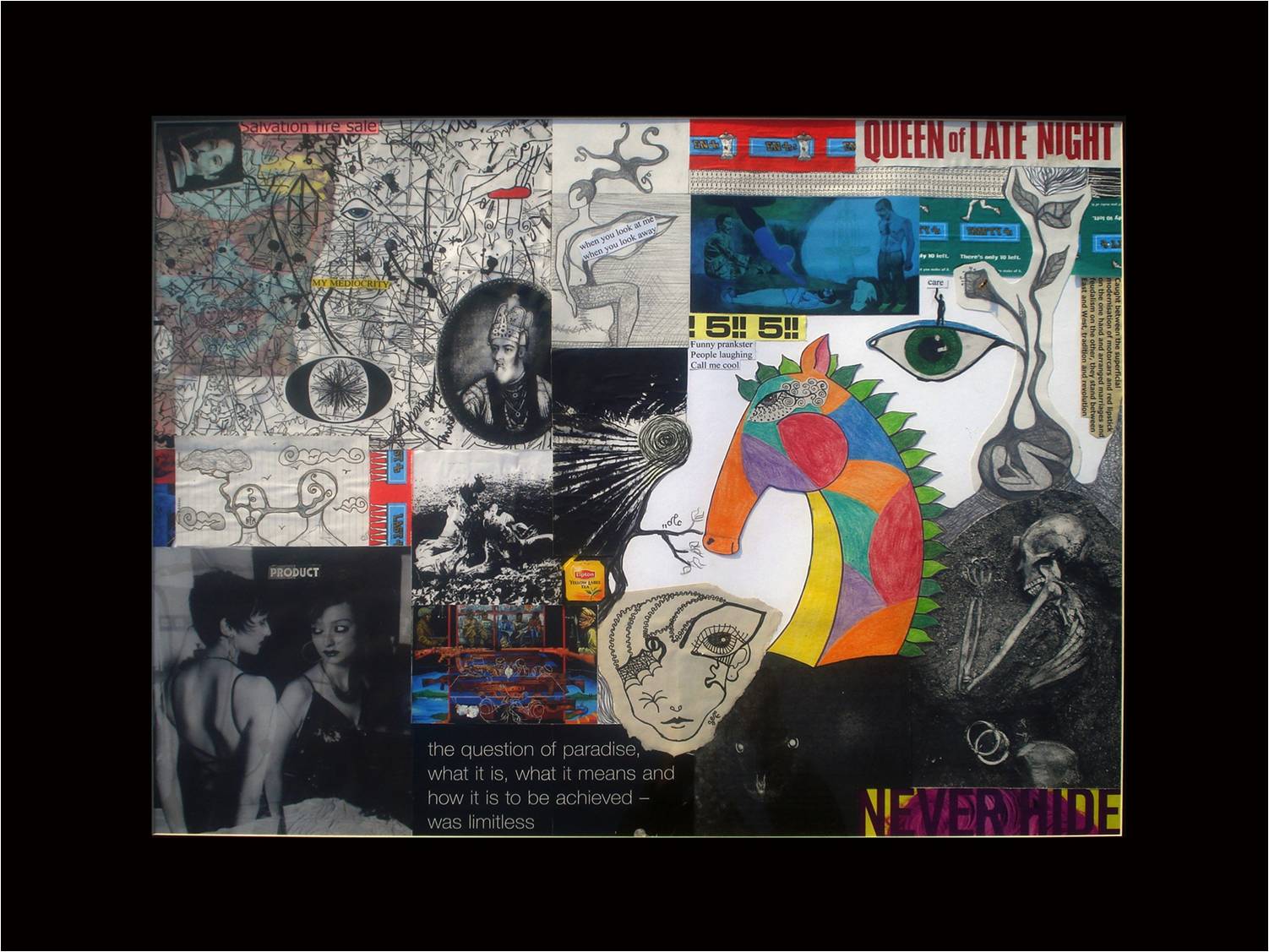 Collage by Amira Farooq. Image courtesy of the artist

when the mask, the mask descends upon your face
close your eyes and say that this must be
in the ensuing darkness you find your way
just as at night, groping

along the hallway, large wardrobes watch like soldiers
keeping watch on the evening dark
only the faint light from the bridge outside
illuminates one of the Bactrian camels

trudging along the Caravan of Infinity,
the Princess, traded for a Kingdom, sits there calmly
just as you did when the Mask descended
because it is easier to find your way in the dark

for it is the Light that oppresses and blinds
that sears into the soul’s tiny folds
into the Princess as she sits poised
upon the Bactrian camel, and there along

the Corridor of Infinity the light of one star
guides the Caravan to her new home, the kingdom
Unknown, where the Khan awaits
with gifts and servants and many other Queens

so much like my mother’s, I mean to say
the other of my mothers, as the first
was a descendant of that hardy race
casting off its own kin while leaving no trace, just

A Thin Line That Divides Flora from Fauna