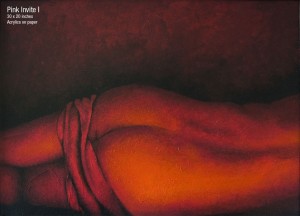 Saadat Hasan Manto’s non-fictional piece Ismat-Faroshi is an impassioned defense of women who practice the world’s oldest profession. He goes into great detail arguing vigorously for prostitution’s similarity to every other profession; hence, deserving of respect. We do not look down on a typist, or even a sweeper woman, so why should we ride roughshod over a bawd? All three do what they do in order to earn a living.

No exceptional intelligence is required to detect that at the back of this almost pathological engagement with prostitutes, is Manto’s defense of himself against frequent charges of obscenity. (I say pathological for good reason: Manto not only wrote a goodly number of stories in which the vashiya occupies center stage, he also revisited her in quite a few of his articles, as if he was obsessed with, indeed fixated on this much maligned being.) The Karachi judge Mehdi Ali Siddiqi, in whose court Manto was tried for Upar, Neeche, aur Darmiyan (upper, lower, and middle), considered him “the greatest Urdu short story writer after Munshi Premchand”  [1]  (p.185), but nevertheless fined him twenty-five rupees for the offence, which raised Manto’s dander. Later, in a friendly meeting, Manto asked the judge how the fine squared with “greatest writer, etc.” The judge replied that he would give him the reason at some later time. And he did. By then Manto was six feet below the ground, perhaps being repeatedly grilled by the inquisitors Munkar and Nakeer of the Divine Supreme Court.

Where Ghulam Abbas could get away by writing his masterly suggestive Aanandi without stepping on the toes of the ever-vigilant law, Manto was dragged to the court on a charge of obscenity for a number of his stories. But, even if one subjected Manto’s so-called “obscene” stories to the harshest scrutiny, one would come away terribly disappointed, unable to find anything remotely smutty. (In Judge Siddiqi’s words, “He hadn’t used a single obscene word in the story [‘Upar’, ‘Neeche’, ‘aur Darmiyan’], which is absolutely true” (p.187)). Such stories do not dwell on the sex act and its titillating details, but simply use lovemaking to underscore some aspect of the character’s mind and personality. Not a whiff of a desire to excite or inflame the reader’s passion is noticeable in the Manto stories characterized as obscene. Take, for instance, Thanda Gosht (literally, cold meat). The language of the back-and-forth between Kalwant Kaur and Eshar Singh might appear to contradict what I have said, but only if the end of the story is thrown overboard. However, the power of the story’s denouement, which does not derive from sex, breaks upon the reader’s senses with such overwhelming force that he can’t even think of anything else. It is the very idea of promiscuity—that raises the hackles of “righteous” people. And the relations of the lawfully married, though they can be as stormy and gratifying as anything with a prostitute—are not something you talk about. You just do it, in the privacy of your bedroom, or wherever else its indomitable force overtakes you. Chances are, God will even reward you for it. (Marry and be fruitful, something like that—remember?)