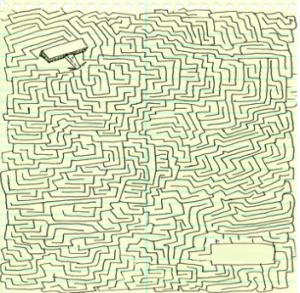 [pullquote] I enjoyed walking around with a smug smile on my face, telling people that they were wasting their time and energy with their misplaced hope for players and teams numerically doomed to underperform. [/pullquote] There was something I had not accounted for as I became more and more invested in our cricket team though: Pakistan is, and always has been, an anomaly in the world of statistics. They were the undisputed world champions at being utterly unpredictable, regardless of what their statistics and years of experience might say. If you were to pick out a stranger who’s never heard of cricket and hand him a bat , then have him face one of the best bowlers in the world, there is more than a 90% chance he’s going to miss. Put that same person in a Pakistani jersey, throw him in the spotlight, and you’d have the same success rate, if not worse. But you’d be foolish to bet against him, because you simply can’t predict when that measly, unexpected anomaly will occur. You never know when the tables will turn, and those 150 runs will magically grow into 230 in the space of 10 overs, without relinquishing a single wicket. You won’t know what hit you when, against all odds, he’ll end up demolishing one of the world’s best batting lineups in the metaphorical blink of an eye. Only someone from the Pakistani team could achieve that.