Si Sawat is a tourist district in Thailand, about 250 kilometres from Bangkok. In October 2010, just a couple of months after the devastating floods in Pakistan (which originated mainly in Swat), I visited Thailand on an educational tour. My companions were awestruck at the beauty of Si Sawat, but to me, it was no match for the Swat Valley of Pakistan. Back at my hotel, I cried thinking of my Swat: its beauty, history, peace and serenity, all of which had fallen victim to religious extremism. During my rafting in a small muddy stream in Thailand, I couldn’t help remembering the emerald Swat River and its tributaries from the sub-valleys.

The people of Swat, diverse in beliefs as they are, have never been fanatics. Only rarely in human history have people gathered and selected their own ruler. In Swat, this happened soon after the era of anarchy locally referred to as Yaghistan — lawlessness. In 1917, the people of Swat assembled in the ground where Swat’s prestigious Jehanzeb College now stands, and chose Miangul Abdul Wadood as their king. 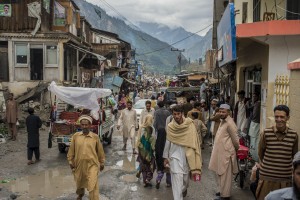 And then a time came when an ordinary Swati was feared by the rest of Pakistan. “You bar your women at home and torture them. You blast schools and markets. You people are against education for women and live a life of barbarism,” a female colleague in Islamabad admonished me in 2008. By then, Swat had become notorious for all kinds of extremism. Similarly, a taxi driver in Islamabad refused to transport us when we told him where we came from. Even today, Swat has a reputation as a Taliban stronghold among people from big metropolises. Early this summer, I was rebuffed by faculty training colleagues at one of Pakistan’s elite universities — the Lahore University of Management Sciences, in the provincial capital of Pakistan’s largest populated province, Punjab. Due either to my naivety or Swati hospitality, I invited these friends to Swat; their abrupt response was, “Do you want us to be killed?”

Now Swat is considerably more peaceful, but the fear of targeted killings and ambushes by the Taliban still prevails here. The peace is forced but fragile, and depends very much on the presence and alertness of the military.

Amidst the widespread fear of the Taliban regrouping, I find it hard to convince myself of brighter hopes for Swat. Until peace is restored in Pakistan’s Federally Administered Tribal Areas (FATA), which border Afghanistan, there can be no guarantee of lasting peace in Swat. Given the growing confusion regarding terrorism and its root causes in our national political discourse, I am not sure if my Paradise on Earth can ever be regained.

Zubair Torwali is a social, developmental, culture and literary activist born and raised in Bahrain, Swat. He has been contributing to major Pakistani English dailies for the last seven years. He is a human rights advocate and has recently been recognised by Human Rights Watch for his commitment to freedom of expression in an age of intense turmoil in Swat.

“The slimy bastards come strolling in, poking around in our past, and we open up like little birds. Tell our stories like parrots. We sing, we roll over. We offer them our coca-cola.” Story of the Week (May 22), by Marcelino Freire. Translated from Portuguese by Annie McDermott.