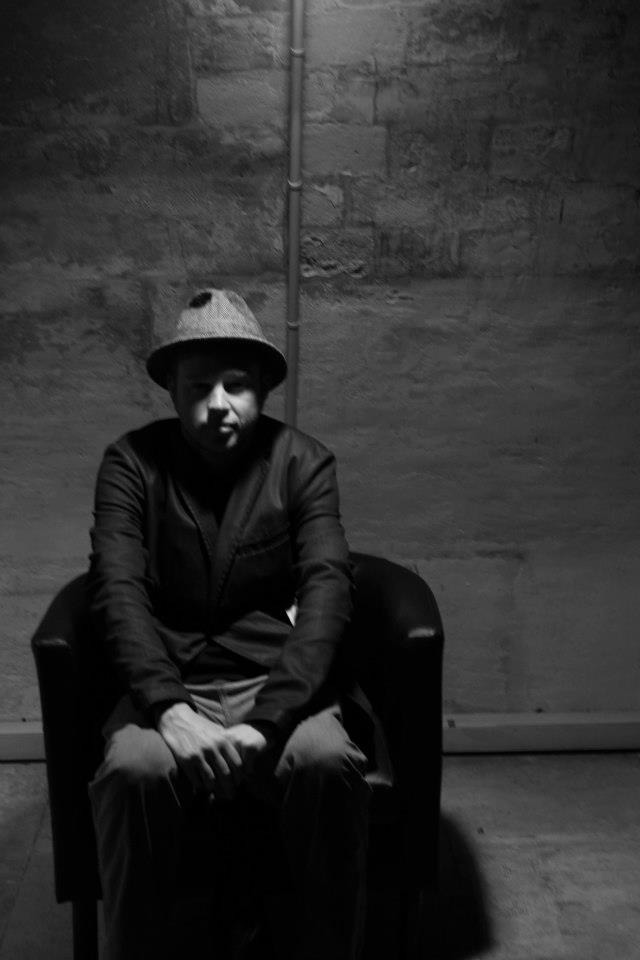 In the third instalment of our Author of the Month interview series, Rob Ross tells junior fiction editor Luke Miller why going through submission slush piles is good for your writing, why ‘in-depth explorations of the interior life of a middle-class character struggling to come to terms with themselves’ are his least favourite stories, and which writers a new reader should head to first…

Click here to read Rob Ross’ ‘The Charivari’, our Story of the Month.

You were the Arts Editor for Qwerty Magazine at the University of New Brunswick. Do you think it’s possible to combine magazine editing and writing, or do you prioritise fiction?

Going through slush piles of submissions can be very rewarding; it can give you a better sense of what’s out on the market and what type of work is most likely to get published. I think my writing has improved from reading 3-5 Qwerty submissions a week over the last two years, as I now have a better sense of the calibre of writing that is needed to get noticed by editors. I’ve often heard that editors read hundreds of stories a year, but I now understand on an experiential basis what this actually means. As a writer, I find getting editorial experience to be a privilege, and I think my writing has benefited from my editorial work.

As for juggling writing and editing, I think it depends on one’s editorial responsibilities. I suspect that Qwerty is somewhat different than other, more professional magazines in that, if you are too busy to do the editing work, then it will get done by someone else or not get done at all. Qwerty is run by students, so academic responsibilities take precedence for everyone involved, and no one gets paid. In consequence, no one is breathing down your neck unless the twice-a-year issue is coming out next week. Also, being Arts Editor is very minimal in terms of time needed because art submissions are incredibly few at Qwerty. Now that I am Co-Managing Editor, though, I have far more things to do on a weekly basis; even then, most of my time is spent working the jobs for which I get paid. I think it’s possible to combine the need to make money with a love of writing, and if you can get paid as an editor, than I am jealous. I myself, however, write very slowly because of all the other things in my life right now. “The Charivari,” for example, was written while I was doing comprehensive examinations for my PhD. I only wrote two stories that year, the other one being a story that will likely never leave my laptop.

The main character of your short story “The Charivari”, Leon, seems quite averse to the idea of marriage in general, particularly when he speaks to his father about his parents’ marriage. Do you share this viewpoint, or do you think Leon has a flawed view of marriage?

Leon’s view of marriage is a skewed by his situation. In my mind, he was once very enthusiastic about marriage, as he was the one who proposed to Francesca (this is all back story, I should say, and is not in the actual story). So at one point, he found his parents’ marriage to be one type of marriage amongst many, and he set out to create a different type of one, but the anger he feels from the events surrounding the story has turned him off the idea entirely. Every aspect of marriage is filtered through Leon’s new-found negativity and hatred. In this sense, his view is flawed because his situation is leading him to make huge sweeping judgements that are inaccurate; he is simplifying the concept because of the recent trauma he has undergone — something I think a lot of people do when something horrible happens in their life.

Short stories seem to have developed into a sort of proving ground for aspiring novelists in Canada, a necessary first step on the way to acquiring the book deal and writing career that writers really want.
If you were convincing an exclusive novel reader to experiment with short stories, whom would you direct them towards?

In recommending fiction, I try to match the reader’s tastes. If they love Stephen King, I’d tell them to try Edgar Allan Poe, Eden Robinson, Joyce Carol Oates, and southern Gothic writers like William Faulkner and Flannery O’Connor. If they loved Giller prize/G.G. stuff, I’d direct them to Alistair MacLoed, Alice Munro, and Mavis Gallant. If they detest realism, I might suggest André Alexis and Barbara Gowdy. If they were writers as well, I would likely recommend short fiction from Lynn Coady, Mark Jarman, or Douglas Glover.

As a reader, what do you look for in a short story?

I’ve been reading a lot of litmags and journals recently, and I try to read each piece in these. An interesting first paragraph goes a long way in seeing me through to the end, but sometimes stories start quiet and build to something incredible, and it’s worth hanging in there. Sometimes the story itself is secondary to the actual writing; one or two great lines and I feel it was worth the read. Most of all, though, I’m looking for something to happen and a moderate amount of thematic complexity. In-depth explorations of the interior life of a middle-class character struggling to come to terms with themselves are beginning to be my least favourite stories. I read so many of them and they have dominated Canadian writing for so long that I’m beginning to lose interest. I’ve recently picked up a few well-received, critically acclaimed short story collections from the late twentieth-century and been utterly disappointed in them because of such an interior focus at the expense of plot and exterior conflict.

Short fiction is an ideal format in this social climate of overwork and little time
What is your opinion on the importance of short fiction in a publishing world mainly focused on the novel?

The medium seems to have developed into a sort of proving ground for aspiring novelists in Canada, a necessary first step on the way to acquiring the book deal and writing career that writers really want. Such a situation is not true for everyone, of course, but it makes me sad. A lot of my favourite Canadian writers began with short fiction, and a few write exclusively in the genre. I’ve met a few people who want to read more and struggle through novels because they do not have the privilege of extended periods of leisure in their lives. They may pick up a book and start reading it, but then have to put it down because of the pace of their lives, and when they pick up the book again, sometimes weeks later, they can’t remember what happened in the first forty pages. I think short fiction is an ideal format in this social climate of overwork and little time; it is often short enough that you can read one in a half an hour, and if you don’t get back to the magazine or collection until a month later, there’s no sense of frustration at having forgotten what’s happened already. I’ve recently started a job where I find myself filling downtime with reading, and I find it easier to pick up and put down short stories in such a reading environment than novels.

Luke Miller is Junior Fiction Editor for the magazine.

“We are always changed by our new homes and those changes affect how / what we write.” Chika Unigwe, our May Author of the Month, talks to Mehreen Fatima Ashfaq.

"It could be a remote suburb of Byzantium or the edge/ of a more familiar place." Weekend Poem, by Leslie...