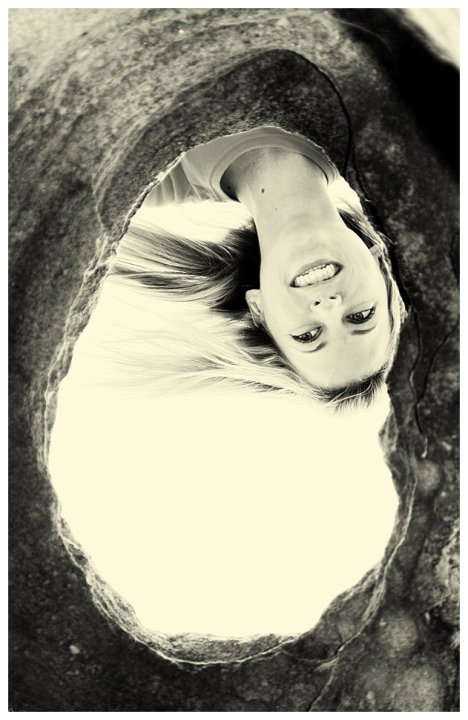 Julie is throwing The Bee Gees’ Horizontal onto the lawn as I park and finish disinfecting the car for the night. It lands on a pile of clothes, jewelry, and pictures. Incidentally, it was always my least favorite album of theirs; ironically, it was the first one she ever gave me. As I walk to the house, she glances up at me like a rat being caught in adultery.

In the living room, she is bent over another box of records, rummaging for more shit. Her plants are tied together in a box beside the empty suitcases, and I want to smash a vase against her. She takes another record out of the box and walks toward the window.

“Whoa. What the hell is that?”

She holds up the copy of Simon & Garfunkel’s Bookends that I bought her the day after our second date, on a hot summer night like tonight. We were walking off the effects of wine and chicken and passed a record store that had it in the window. She gasped and squeezed my arm. I surprised her with it at her parents’ house the next day. She was wearing the same purple dress she wore at our senior prom.

I shake my head. She sniffles and turns back around to toss the fucker out of the window. I put a TV dinner in the microwave and then sit on the sofa, taking off my shoes and cracking open a beer.

“When did you start tonight?” I say.

She covers her face and breathes heavily.

“About an hour ago.”

“I’m leaving this time. For real. It’s too much,” she says, handing me her wedding ring. I keep my palm closed and let it drop and dent the floor. Its echo interrupts us.

“Well why aren’t you packed then?”

“I’m sorting through it.” She picks up a teddy bear and becomes a statue.

“Where is he?” I yawn. The microwave beeps and I ignore it.

“At a sleepover. The Todds.”

Across the room, a stack of literature is spread out on the floor. Sam is discretely pissing on her copy of Othello, and I chuckle.

“You know a lot about those, don’t you, Jules?”

Outside, fireworks go off, and I remember what day it is. “Maybe I’ll go join them and celebrate, too. What do you think?”

I take out the red Trojan wrapper that I’ve contemplated all week. I imitate gagging as I put it against my nose and inhale. Julie scoffs. Sam eats one of the discarded tissues by her feet.

“Still smells like the two of you. And in our car, too. Doesn’t Mr. Rushinski have an office or SUV you could’ve used?”

She sucks her lips inward and nods, knowing she can’t win this one. Not tonight.

“You might as well start bringing that stuff back in,” I say. “We both know where this isn’t going.”

Outside, Dan Rothenberg is jogging again. He sees his son only on the third weekend of every month now. With supervision. “Miranda brainwashed him. She lied during the whole battle,” he told me months ago. A few days later was his first attempted. I still feel a shiver when I hear sirens. Ever since he was released from the hospital, he wears turtlenecks and long sleeved collared shirts exclusively. And sunglasses. He says running helps. We barely see him anymore. I’m afraid to ask why.

Our family portrait from last Christmas rests on top of a suitcase. Julie notices Dan and then approaches me with her arms out, her expression identical to how it was before we kissed at our wedding. For a moment, I feel like I’m suffocating. My knees go soft. I back away and smack her. She cowers to the floor. Sam snarls at me.

“I’m calling my lawyer first thing tomorrow and making sure you don’t get one goddamned cent from me.” I finish my beer and smash it on the table. “Let Mr. Rushinski take care of you.”

I climb over her and up the steps. She follows for a bit before falling into herself. I slam the bedroom door so loudly that she screams. For a moment, I stand behind it and listen for her next move. Truth be told, my eyes are usually more bloodshot than hers these days. So far, I’ve flipped out at and subsequently lost six clients. My boss says I’m starting to become a threat to the business. I tell him that that’s just the tip of the iceberg.

Above our bed, I study the painting she made for our first anniversary. It was based on a sketch she did of me before we’d even met, back when we were just secret admirers suffering through class a few rows apart. I must’ve written a dozen songs about her back then. I never worked up the courage to sing them.

I pull the door open so hard that it dents the wall. “Sweetie?”

“Be a doll and turn out the hallway light. It’s shining through the keyhole and cheating me of sleep.”

Jordan Blum has an MFA and currently teaches at various colleges. He is the founder of The Bookends Review. His work has been or will be featured at several places, including Eunoia Review, Connotation Press, Used Furniature Review, Emerge Literary Journal, Delusions of Adequacy, Examiner, Sea of Tranquility , and Popmatters.

“my breasts offend my father,/ more so than my opinions…” Poem of the Week (April 1st), by Hira A.

Reinventing the Reel: Why I Refuse to Watch Video Game Adaptations

Film critic Jay Sizemore is less than impressed with the trend of adapting video game franchises for the movie screen.