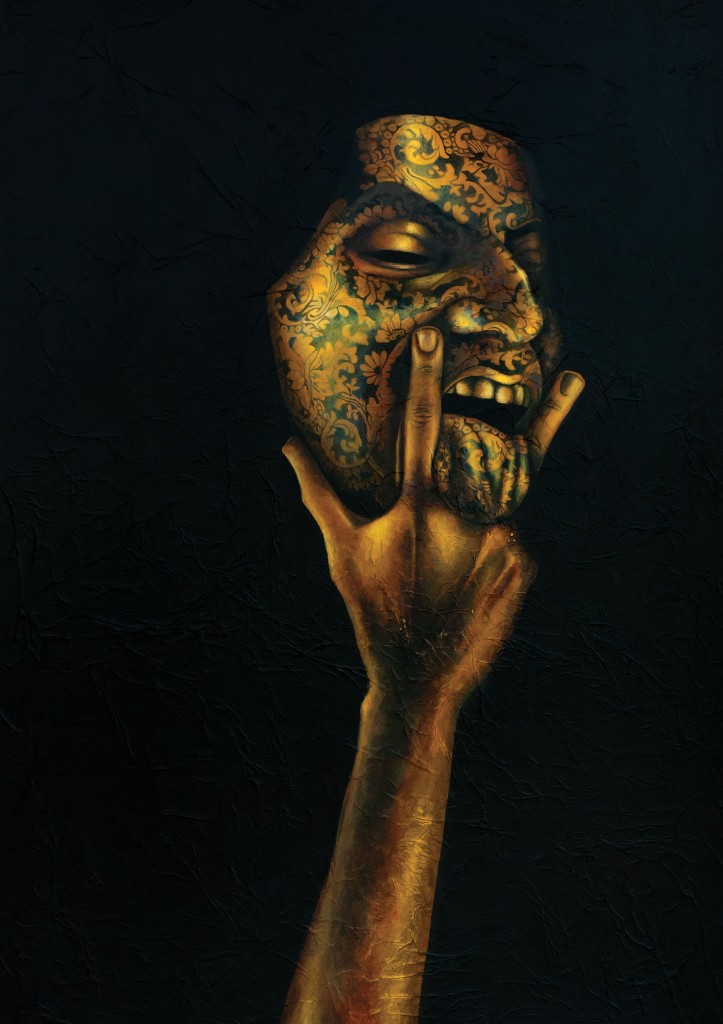 She Wore a Veil of Sorrow by Ahsan Masood

When the hurricane hit, the water rushed backwards.
Black water bubbling up and out from the drain
with a pungent stink coursing over the brim of the sink
and the rim of the tub. You call what happened a flood.
I call it blood-letting.

After months of icy moods, we stood at the edge
goading each other to take the plunge.

You dared me with sarcasm— chalky as bone dust.
I retaliated with Pollyannaism— biting as black rust.
You said I’ve kept secrets. I said you’ve lived to lie.
And sometimes lied to live—

a vase with such a seductive body that up until now
it had kept us from ever letting go.

You still like to play hangman because the taste
of half-baked words turns you on and I almost always lose
which means my stick-man hangs like a sad ornament
with a noose round its neck from a tree. And there were
gaping black holes where letters should be.

I’ll make a deal with you— if you win, I’ll swim upstream
through dank water rushing over the lips of the sink-
drowning fragments of our history. Filling in those
lingering black holes with letters strung like holiday lights.
I’ll swim and I’ll swim.

If I win— you’ll cut me loose from the tree.

Loretta Oleck is a poet published in Wordriot, Feminist Studies, High Coupe, Right Hand Pointing, Commonline Journal, and The Cultural Weekly, among others. She has performed at The Hudson Valley Center for Contemporary Art, and has a chapbook to be published by A Hurricane Press. She holds an M.A. in Creative Writing.

Sanket Mishra offers a humourous take on the difficulties of attending a typical Indian wedding.