It’s a Caribbean carnival here at The Missing Slate right now: our new issue, published yesterday, brought together three generations of the very best Caribbean writers, and Vahni Capildeo (representing Trinidad & Tobago) has just edged out Kapka Kassabova to go through to the next round of the Poetry World Cup. Today’s match keeps the carnival going, and we’re ready for something special — in fact, we can just about promise that this will be the best match between Canada and St. Lucia in any competition, ever.

In the Canadian corner is Ottilie Mulzet, perhaps best-known as the translator of Hungarian Nobel candidate László Krasznahorkai. Her English translation of ‘Seiobo There Below’ was the recipient of the 2014 Best Translated Book Award, and her previous translations include Kraznahorkai’s ‘Animalinside’. Ottilie Mulzet also translates from Mongolian, and is quickly building a reputation as an outstanding poet and literary critic.

St. Lucia, an island with a rich literary tradition (its poets include Nobel Laureate Derek Walcott), is represented by John Robert Lee. Described as “undoubtedly the foremost Caribbean Christian writer of his generation”, John Robert Lee has been at the heart of St. Lucian cultural life for many years — reviewing literature and theatre, producing and presenting radio and television programmes, and writing regular columns for newspapers and periodicals. His new and selected poems, ‘Elemental’, are available from Peepal Tree Press. 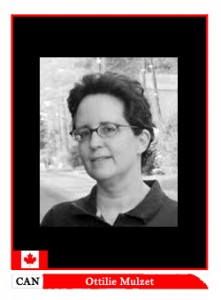 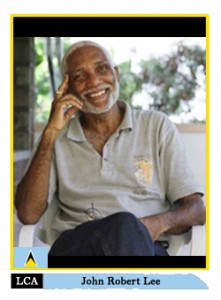 There were only skeletons at the prom but
Tārā was not afraid, no one was going to
ask her to dance anyway, she studied
the reflection of the lights from the revolving disco

ball on the ceiling and she thought how
the darkness, darkness goes into my eyes into all
of our eyes and someone heard the
thought and asked Tārā to illuminate

“On waking I tried to remember / Nothing of my dream, which felt like velvet / Brushed the wrong way.” Weekend poem, by Dominic Hand.

The fifth match of The Missing Slate's Poetry World Cup.