Scotland’s FIFA World Cup record is every bit as dire as a William McGonagall couplet. As the doyen of doggerel might have put it: “They’ve been knocked out in the first round eight times/ Most recently in the year before ‘99”. So far, Scotland’s Poetry World Cup record is rather better, with a 100% win rate. Rumours that ‘none of woman born’ can eliminate Scotland remain unsubstantiated, and may well be proved wrong in today’s game against Russia, England’s conquerors in round one.

Russia are represented by Valery Petrovskiy, an international writer best-known for his publications in English. His work has appeared in Canada, India, Ireland, the UK, Australia and the US, and includes an ebook, ‘Into the Blue on New Year’s Eve’ (Hammer and Anvil Books, 2013) and a short story collection, ‘Tomcat Tale’ (Editura StudIS, 2013). He lives in a remote village by the Volga River.

Scotland were ahead all the way in a relatively low-scoring first round match against Denmark, eventually winning by nine votes. Russia made sure that England’s poem went out at the same stage as England’s football team, winning by ten. After spending a fortnight doing absolutely nothing other than the cephalopodic equivalent of sitting on the fence, the Poetry World Cup octopus has now been replaced by Seamus Shaheeny, the Poetry World Cup camel. Ahead of the Scotland-Russia match, Seamus has eaten both flags and turned in an elegant and elegiac sonnet about potatoes, dedicated to Patrick Kavanagh. Frankly, your guess is as good as mine. 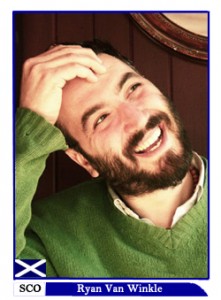 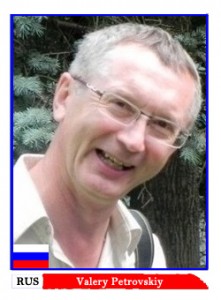 
If I Were Able To Count Up To Five

Story of the Week (July 12), by Alex Caballero

"How could you not be captivated/ by her bohemian chic/ and dirty bare feet,/ voice chanting with sounds/ borrowed from...