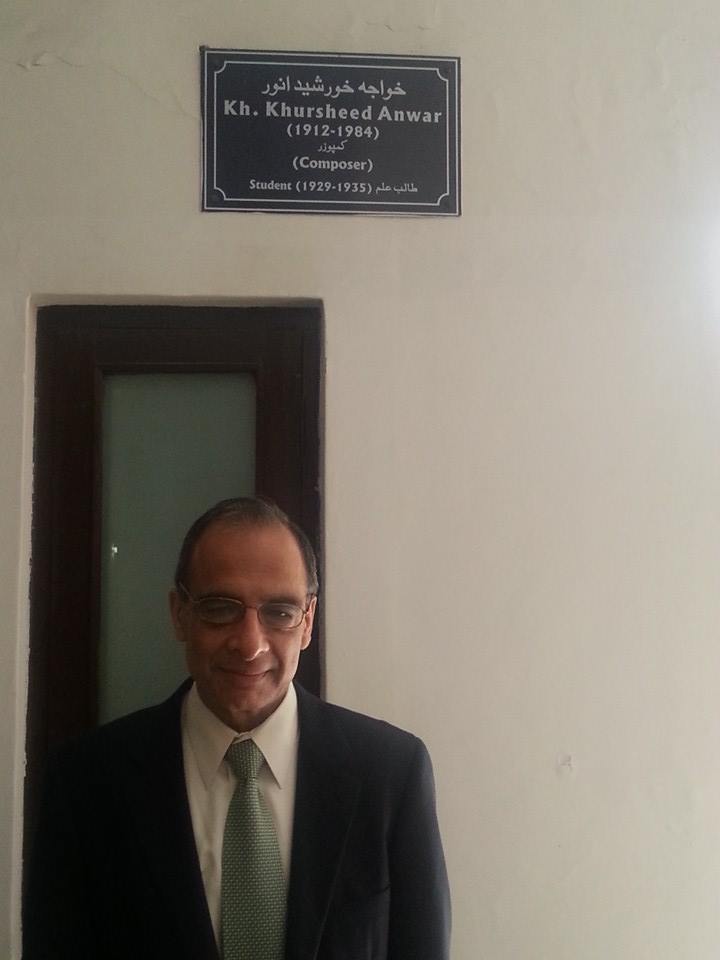 For quite some time, Pakistani poetry written in English has been eclipsed by its more popular counterpart, prose. However, recently, it has started to garner some of the attention it so richly deserves both locally and internationally, with publications and magazines taking keen interest in highlighting the work of Pakistani poets writing in English. Waqas Khwaja is one such poet. Apart from being published widely in magazines and literary journals, including The Missing Slate, the professor of English and Postcolonial Literature at Agnes Scott College has written three collections of poetry, a travelogue, and two anthologies of translated Pakistani literature.

In an exclusive conversation with The Missing Slate’s Sana Hussain, he shares his ambivalence about the abundance of literature festivals in Pakistan, and comments on the impossibility of translations, his experience guest editing the Atlanta Review’s issue on Pakistani poetry and his passion for literature and poetry.

Let me start off by saying what a treat your sessions at the Islamabad Literature Festival (ILF) 2014 were. And I could see by the crowd that gathered to meet you following them that the sentiment was shared by many others. Seeing as we met during the ILF, and that you were a session panelist, I would like to know what your impression is of the growing interest in literature festivals in Pakistan?

I am glad you enjoyed the sessions, and appreciate your saying so, though, I must confess, I had more mixed feelings. As to the growing interest in literary festivals in Pakistan, there are many positives, of course. Presumably, it is their interest in reading that brings them out to such events. Not only may they get reassured, in these volatile times we live in, that reading and writing are worthwhile activities, they may indeed get inspired to write on their own. And those who do write, or are perhaps closet writers, may find the motivation to share their work by the examples they see before them, aspiring to be published and praised like the writers they admire.Some go to these events specifically to see in flesh and blood the writers whose work they have loved and appreciated. Others may go for the fun of it, but get hooked on to reading and writing. Then all the displays of books, old and new, from a wide range of publishers, offers the opportunity to find works one may have been looking for without success, or had wanted to possess but was prevented by lack of energy or time to go look for them, as also the chance to get acquainted with fresh titles, both by writers presenting at the festival as well as by others who may not be a part of the event. It’s a bit of a circus in the end, isn’t it? For after all it is a “festival,” with all the flippancy and frivolity associated with affairs of the kind. Every writer wants to be a part of it, and would feel slighted if ignored. Those that are on the outside look at the insiders with a touch of envy, longing to be in their place.

It is somehow believed that having literary festivals will divert people’s attention from the extremism and intolerance that has swept over society, forgetting, however, that these events themselves are a product of misplaced elitism and may further the sense of alienation in the masses.
See, a festival is not a conference, at which matters are taken up for discussion with a serious intent, where issues could be examined, and investigated, and hashed with a view to testing the limits of understanding, the frontiers of possible meanings and connotations. It is a more light-hearted affair, and so, in the end, I feel, trivializes both literature and readers’ engagement with it. Ironically, it does so by turning the authors into celebrities and casting a glaze of sanctity on their work. So, it establishes a kind of a breach between the populace, that indeterminate mass of readers/admirers, and the writers, a privileged cadre that pontificates its weighty views and ideas before its, supposedly, gawking votaries. In so-called panel presentations or discussions, where four to five participants serve on the panel, there is hardly time to raise a question or two, but no possibility of following up, examining closely, or registering nuance.

It seems to me, then, that there are a couple of (mistaken) assumptions that are motoring this drive to organize literary festivals. One, it is somehow believed that having literary festivals will divert people’s attention from the extremism and intolerance that has swept over society, forgetting, however, that these events themselves are a product of misplaced elitism and may further the sense of alienation in the masses. For, it may be noted, that there is a hierarchy of languages (and writers) that is in play at these festivals. English, for instance, is accorded preeminence, as are writers who use it as their language of composition, and Urdu, patronizingly, admitted as next in importance. Local languages are outside the pale, with one or two marginally acknowledged here and there, if at all. At ILF, for instance, there were no sessions with Punjabi, Sindhi, Baluchi, or Barohi writers, and only one that focused on Pashto. At the Lahore Literary Festival (LLF), a few sessions with Punjabi writers were included to supplement the marquee English and Urdu celebrities, but the other languages were entirely neglected. This illustrates both language politics at work and the language-based breach between the “elite and the privileged” on the one hand, and the “ordinary and dispossessed” on the other—a divide that has become politically endemic in Pakistani society and that the festivals appear to have embraced.

Secondly, sponsoring publishers reckon that literary festivals are a good way of promoting their merchandise. Instead of expending large amounts on print and visual ads which no one pays much attention to, literary festivals named after the specific city where they are held offer the likelihood of galvanizing the attention of a very large number of people, especially when local media is brought into play by holding well-publicized information sessions and press conferences. People may also be enticed by the sense of distinction it gives them to see their city hosting a large cast of foreign and local writers. Whether, in the end, this is really going to increase readership or book buyers is still an open question.

Thirdly, imitation and mimicry appear to be the hallmarks of our age. If literary festivals are being held in other places, why not have one in Pakistan? If there is the Edinburgh Literary Festival, the London Literary Festival, the Berlin Literary Festival, the Jaipur Literary Festival, and the like, why can’t Pakistanis have literary fests of their own? After all, melas (carnivals) are popular everywhere, so why not have book melas in Pakistan? Whether or not Pakistani authors and their readership are able to sustain so many festivals is not something that may have been very carefully considered. So you have the phenomenon of the same writers going on the same circuit over and over, and pretty much the same people who attended the literary festival in their city when it first started will be seen again from year to year, give or take a few score who may be new one year or may drop out in another.

In conclusion, I would say that literary festivals will be meaningful and significant if they are not overdone, and only if they are more inclusive and equitable in the languages they showcase. Hybrid sessions, where writers from different language traditions come together to discuss literary matters and other related issues, could also be enormously useful in providing an opportunity of a conversation as equals across linguistic divides and in cross-pollination of ideas. An offensive eagerness to ape everything “English” or “Western” was on display at the ILF, while the Urdu writers remained confined to their own world, “separate but equal,” but anxious, nonetheless, to get their works translated into English, and it left me wondering, do these writers, both those who use English as their medium of expression and those who write in Urdu, have no self-respect, no pride in creating art out of their own environment and are keen only on the mimicry of representing for foreign readers and foreign audiences?

Film critic Christine Jin on why 'The Immigrant' is the ideal prologue for the rest of James Gray's oeuvre.