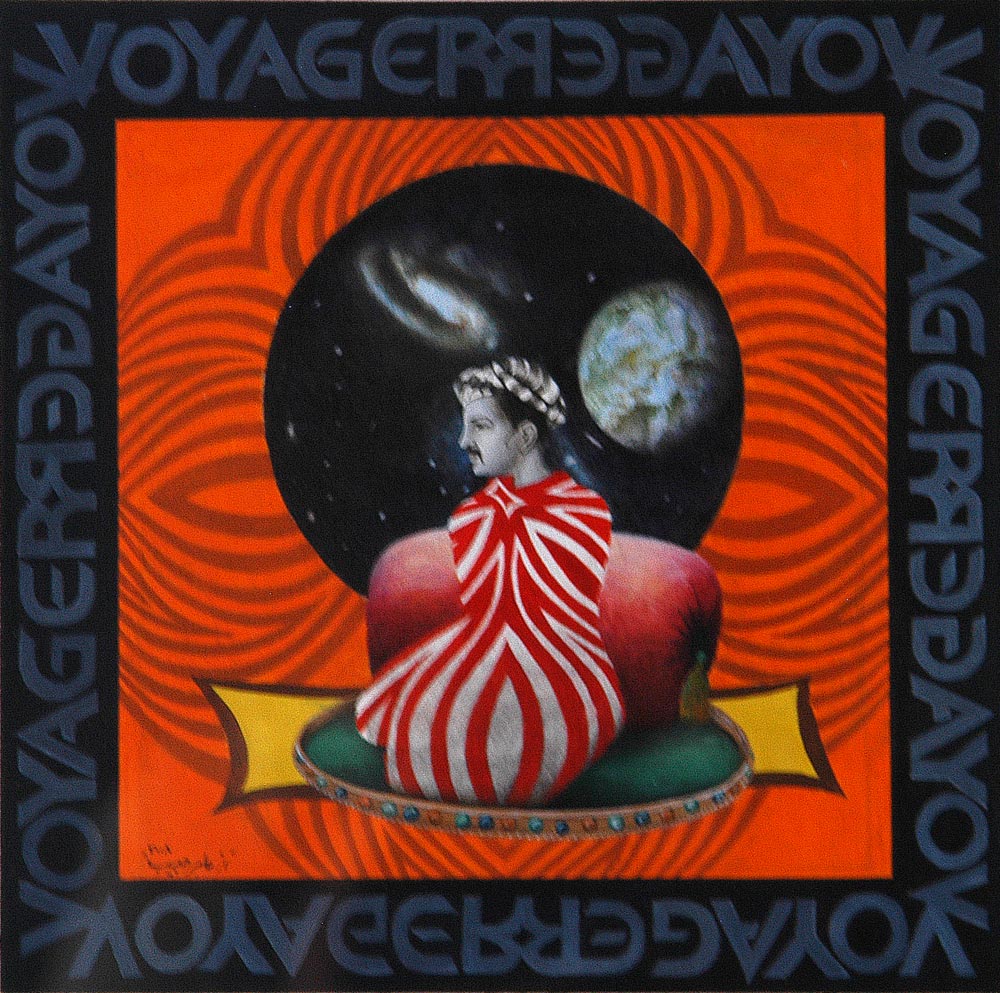 roused by the chained spirit that haunts

the streets at night and sleeps by day

in the Sastha temple. She hums a prayer

or two to Krishna and bathes in cold water,

covers her shaven head with the crimson-edged

saffron sari that her fair youth had brought.

She was a child bride at six, widowed at sixteen.

Knotting her heart in her sari tip, she is a land

that speaks a different language for women.

She seeks her lost childhood and youth

in nieces and nephews; she spins endless

as a deer at seventy, Little Mother warms

water for the family, cooks breakfast

and dinner, tidies up the fallen decades.

She has to serve endless time, number

her lost years, mourn for the distant dead.

New worlds spin on new axes, but to her,

repeats itself, as nieces divide into grandnieces,

nephews into grandnephews and play on her lap,

of raising the children of other women.

the stars, dim lights of a dreary eternity.

With her forehead smeared with holy ashes

from the Shiva temple and soul wrapped

of an angry sky, as ravens croak yet another

and edifying water. Only the moon

laments between the clouds.

Author’s note: In many parts of India, widows are ostracised and discriminated against by society. They are not allowed to remarry even if they are young, and are forced to shave their heads, wear saffron clothes and lead an ascetic life.

Indian-born Usha Kishore is a British poet and translator, now resident on the Isle of Man. Usha’s poetry has been widely published in international journals and anthologised by Macmillan (UK), Oxford University Press (UK) and Harper Collins India, among others. The winner of an Isle of Man Arts Council award and a Heritage Foundation award, Usha’s debut collection ‘On Manannan’s Isle’ was published in January 2014.

Poem of the WeekpoetryUsha Kishore

“There is actually nothing glamorous in being a writer or an artist, sorry.” Sébastien Doubinsky, The Missing Slate’s Author of the Month, in conversation with Casey Harding.