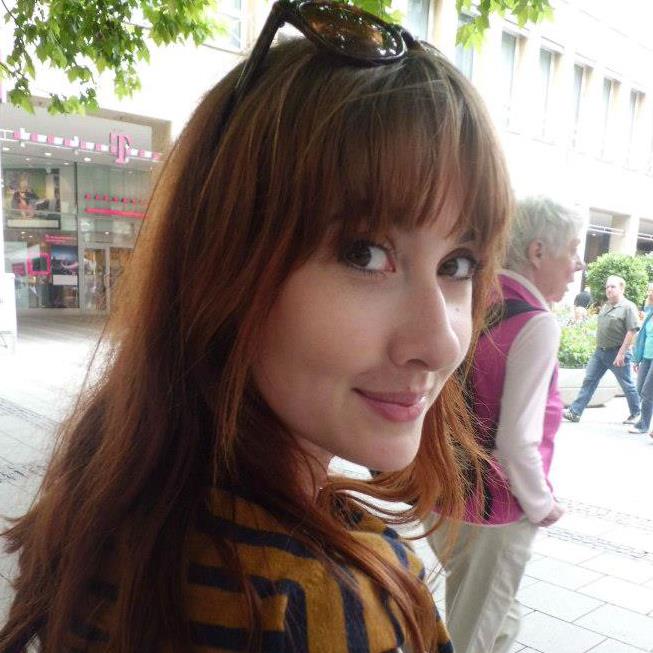 Fiona Inglis’ ‘Hair, cuts’, our June Story of the Month, revolves around the narrator’s increasing obsession with an ingrown hair — a hair that begins to symbolise a number of deeper issues. Continuing our series of Author of the Month interviews, Fiona Inglis tells The Missing Slate’s Assistant Fiction Editor Umamah Wajid about the way the story developed, the influences underpinning her writing, and the widespread obsession with needing to be “perfect”.

I’m intrigued by what drew you towards writing about hair, of all things. You’ve talked about using an ingrown hair to symbolise something much deeper — “the frustration of something alien growing inside one’s self.” What is the background behind the story’s central concept?

I suppose I have always been fascinated with the human body. I’m always studying other people’s and inspecting my own, even the tiny boring bits that a lot of people probably wouldn’t think twice about — and not in a vain way… More like a hypochondriac! At the time of writing the story it must have been hair that was my current obsession!

A few months before I wrote the story I actually met a girl who plucked her leg hair because she said she enjoyed the painful sensation she got from it. I started to imagine her setting herself little goals of how much to pull out at a time. When I began writing I wanted to get into the mindset of a character who really obsessed about the small things going on inside her as well as the surface. The idea of an ingrown hair was small enough, but to a certain character can be all-consuming because of the lack of control.

I was impressed by the raw, gripping style of ‘Hair, cuts’, and the way the story teeters at the edge of psychological profundity. How did you attain this style so effectively (how many drafts did ‘Hair, cuts’ go through on the way to completion?), and do you think the story’s intense effect on readers is entirely intentional? To what extent can an author control the responses of her readers?

Thank you! I think I just tried to write as honestly as possible. Maybe I just have a really intense mind! And of course, it helps to have had an ingrown hair once upon a time.

The story only went through two main drafts. The first draft was written as an assignment for my Creative Writing Degree at university. I got my worst grades in four years for it. I was so disappointed because it was the first story I actually felt connected to and also the first piece I had written from a female perspective. So I went home, half self-doubt, half determination, stripped it down, tightened it up — and then it won an award.  I couldn’t believe the contrast!

I think I was just hoping that other people could relate to it in some way. It’s difficult to judge how strongly your story will resonate with or effect people. But it’s surely rewarding to have written something that an audience feels strongly about. I’ve even had a couple of guys come up to me and say, “Don’t tell anyone but I totally felt the same way when I had an ingrown hair!” Hmm, can an author control reader response? Good question. They can probably direct them through the reading to an extent. But then, should an author control the response? Probably not, otherwise the reader would just be digesting, not engaging.

We’ve developed an obsession with looking more than normal, with looking perfect… Everyone’s afraid of being ugly and ending up alone. It’s become a modern day mental plague.
Your story deals with strong ideas of self-image and sexuality, depicting a desperate struggle to get rid of anything that makes us uncomfortable. What do you think drives us towards placing such importance on feeling ‘normal’?

Well, I suppose there are a number of factors that drive us towards being “normal” or “acceptable”. Certainly in recently years as a society we’ve developed an obsession with looking more than normal, with looking perfect. Constant bombardment of advertising, adoration and devotion to celebrities, cosmetic procedures being normalised don’t help. Everyone’s afraid of being ugly and ending up alone. It’s become a modern day mental plague.

I wrote ‘Hair, cuts’ about five years ago when I was in my early twenties and definitely worrying far too much about feeling “normal”. It made me curious about what other people were like, what they were doing… Nowadays, it’s as if people are forgetting what it’s like to be “normal”. But then, you could ask, what is “normal”? I would say that hair is pretty normal. Is that a good place to start?

I’m interested to know what works and authors you read and whether any of those authors inspired ‘Hair, cuts’…

At the time of writing ‘Hair, cuts’, I had just read ‘Wetlands’ by Charlotte Roche (I don’t know if you’re familiar with it, but it’s about a girl who has haemorrhoids and there’s very graphic description throughout!), Miranda July and the journals of Anaïs Nin. These authors definitely helped, particularly Anaïs Nin, in giving me the confidence to write about femininity without feeling ashamed. And Roche for basically saying, nothing is off limits!  Nowadays I’m back to men — Raymond Carver, Ian McEwan, Richard Ford, Hermann Hesse, Chekhov — all fantastically dry. But I’ve just finished reading Anneliese Mackintosh’s first collection of short stories, ‘Any Other Mouth’, which I thoroughly recommend. It’s good to hear a female voice again.

You’re currently working on a collection of short stories. What themes will you be tackling and what can we hope to see from you in the future?

At the moment I’m enjoying writing about “normal” (!) characters in pretty standard scenarios… exploring the characters’ minds, how they interact, what makes them tick. Celebrating the everyday! I’ve been playing about a bit with the anti-climactic ending too. But I’ve just moved to Belgium where I know very few people and don’t yet speak the language, so I wouldn’t be surprised if something about isolation comes up!

Getting a Superstar Girlfriend

"We leered at each/ bright star sparkling over the city,/ even ones guarded by mist/ and asteroids like angry fathers..."...