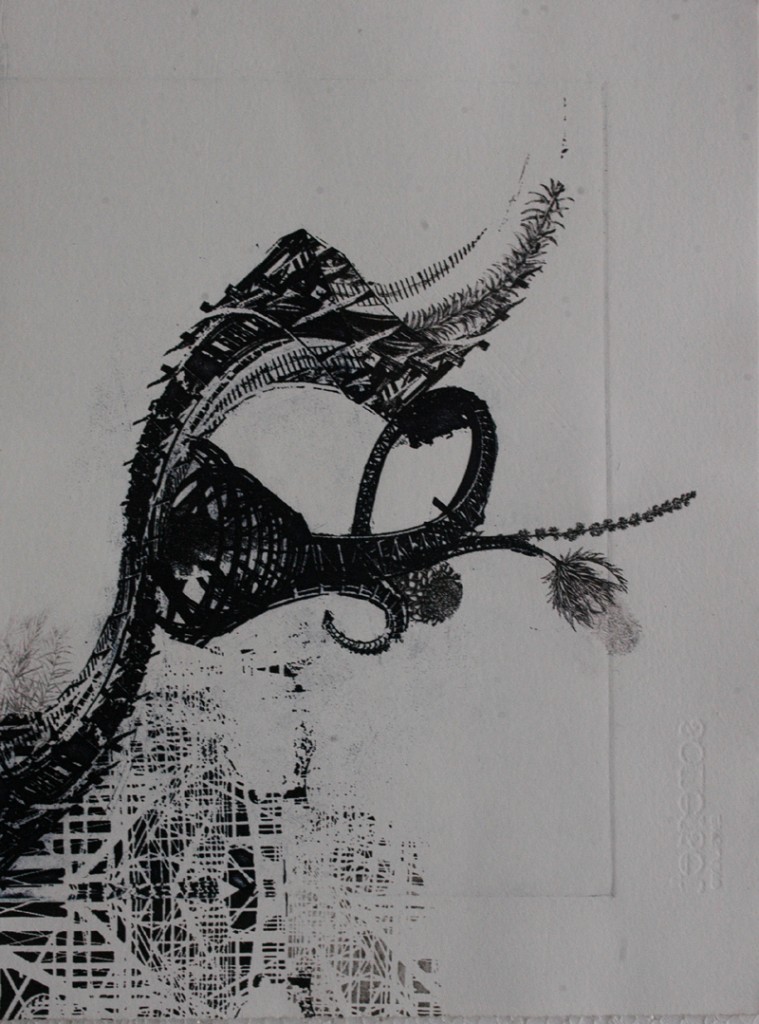 It was discovered today
At around quarter to one, afternoon
There wasn’t the usual rotten smell
Except a slight hint of some perfume
The scent of a wish that had not
Yet begun to rot

The three men, who were wearing white aprons
Crashed the body into the rear
Of the white van, covered it with a resin raincoat
So that the fumes of the previous bodies
Did not affect this one, during, what seemed, a long
Very long journey; and finally came the last ritual—
They turned on, contemplatively,
Quite gingerly too, as they huddled over
The tattered wires of, the car-radio—
A song came out, and they went away
Leaving behind an off-key trail in the blizzard

In hiding, I waited for them to disappear
Completely, before going upstairs
I saw, on my way, traces of ash.
This might have fallen out of the feet
Of the body, as they were dragging him down by the throat
Old ash—it had taken up brittle forms
It wasn’t amorphous anymore

They had left the spruce in the room—
A colourless sort of green;
A pipe hanging from one of the branches,
Used, and then left hanging again.
I could tell from the tobacco odour
It had been used until at least two hours ago.

I took out my pouch, and extracted the wooden pipe
Swollen recently by the deceased’s lips
Or perhaps swollen even before by someone who had
Lovingly offered it upon a wintry departure—
As an apology for no more questions asked

I lighted it and reclined on the armchair
Commencing on a serious investigation
But the blizzard grew stronger and stronger outside
Until it was noisy on the window glass
As I rose, I saw beneath, on the pavement,
A shadow quickly pass, as if someone
On the street, had been alarmed by my approach
Someone who didn’t want to be seen,
Had hidden himself behind the same pillar
From where I had seen them take away
The body; now only the belt of his trench coat seemed to flutter
In the cold wind, and so its shadow fluttered:
That’s all I could see, and a white van
Parked across the road

Six footsteps trod the wooden stairs
All at once; they were almost here
When I turned around, the spruce had greyed
With frost, and a solitary pipe was hanging
From one of the branches, by a recently grafted thread

As in the summer, moths are drawn
Towards the flame
The pale snowflakes soared
Towards the pane

"But there at the edge of the embankment stood God’s/ blue Morris forgotten in the lyme grass..." Weekend Poem, by...