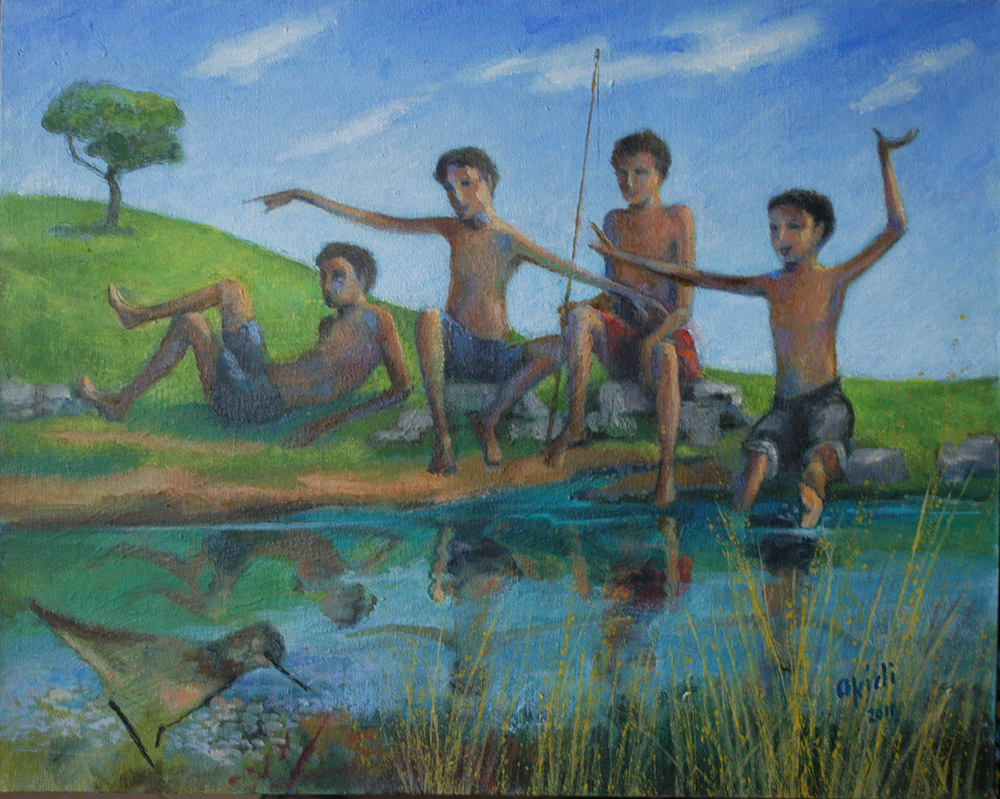 Last night, just before sleeping
the purest of joys

in the village it was
waking at half past six in the morning,
eyes fixed on the wooden shutters, the sound
they made when opened, the shutters
of a room not mine, the smell
its name absent

a sky so blood red
that even today, even yesterday before sleeping
the tears come as they did then, and suddenly
the sun like a spreading fire
and the smell                     the colours

But it was being there, being so young
and death so far off,
when there were no dead no funeral processions,
only the living, the laughter, the smell
the light

it was life and being able to choose,
or so it seemed:

This was last night,
this splendour in the dark, before sleeping

Today, the newspapers on this sunless morning
speak of things so brutal
and so flagrant, like peoples without names, without light
to bring them dawn colours and times,
of dead people who did not pass through life
but had their lives cut short           the violence of standing
on this earth                     on others who have died
scarce remembered or remembered not at all

And I wonder where it is, where it fits
the pure recollected joy
that met me on the corridor into sleep,
and lay down beside me last night

And what of time? How make mock of time?

Ana Luísa Amaral published her first volume of poetry, ‘Minha Senhora de Quê’ in 1990 and has since published fifteen collections. Translated into several languages, her work has brought her many prizes, including the 2008 Grande Prémio from the Portuguese Writers’ Association. She is also a translator, notably of the poetry of John Updike and Emily Dickinson.

Margaret Jull Costa has been a literary translator for nearly thirty years and has translated works by such writers as Eça de Queiroz, José Saramago and Javier Marías. In 2013 she was invited to become a Fellow of the Royal Society of Literature and in 2014 was awarded an OBE for services to literature