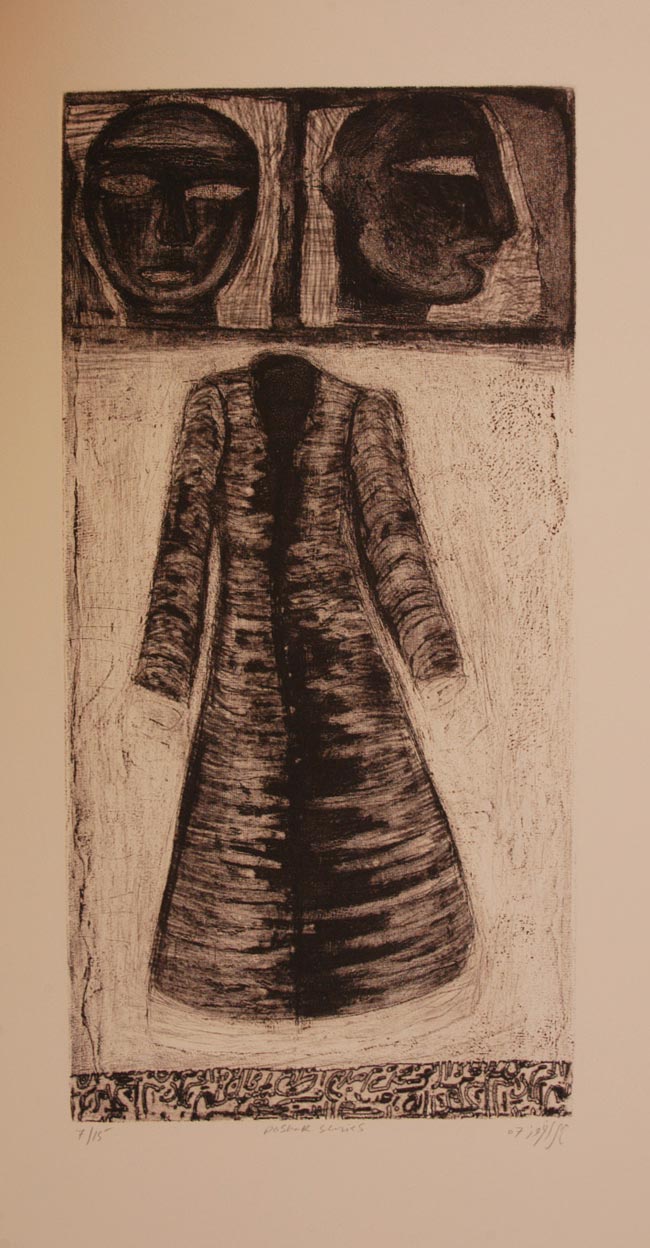 Memory and the lost art of knitting

I have racked my brain over the question of memory. Sometimes I wonder whether I have any conscious memories from childhood or just montages that appear when I push and prod around my mind. They take form, weave stories and present me with the selection that I want. Anyway, whatever memory really is, real traces of my growing-up years still remain. I believe that all this rumination happened because I needed a long sleeve, black sweater in the month of August in Calcutta.

But there was a time when owning a sweater was an experience, when knitting was an art.
I was about to travel to Macedonia and I needed a pullover. The winter season hadn’t taken off in Calcutta and I was making a mess of my life trying to find something with long sleeves. Then I remembered those high-end, season-less shops that sell everything all year long. So, there I was one Sunday afternoon rummaging through various patterns and shapes of sweaters all neatly stacked, hung and displayed. The one I picked out was a beautiful, black boat-neck sweater, and although it wasn’t exclusive in the sense that there were many sweaters the same style in different sizes and colours, I was happy with my purchase. As I was returning home I thought that my needing a sweater, enjoying the sensation of choosing one, buying and bringing it home, would last no more than a few hours. Maybe I would add another fifteen minutes, because I was sure that I would try it on again once I got into the privacy of my room. Then I would neatly fold it and keep it in my suitcase till such time when I required it again.

But there was a time when owning a sweater was an experience, when knitting was an art. There were no anonymous encounters. Sizes were not sorted under small, medium, large. A sweater was made for a specific person. It was a presence in and of itself. Half closing my eyes, I could see the balls of wool with their colours subdued as if filtered through gauze. These are indelible traces of my childhood. When the shadows evaporate, I quickly build connecting bridges to arrive back at that time — a time of retelling.

Knitting a sweater was an event; it was a private and a social activity. It was one of the many physical ways that my mother could spell out her love and affection. There were no designer labels then: only a feeling of warmth. I remember her knitting needles of various sizes and her pattern books. Before the sweater materialized, the journey had already begun. Choosing the colour of the wool, hovering over designs, debating which one would look the most gorgeous, and ultimately knitting a garter stitch or a stockinet stitch to create a pattern. Every day, little by little, the sweater would take form. Knitting one row, purling another, the back took shape, then the front, then the sleeves and so on. The rhythmic click click of the knitting needles were the sounds of movement — form in movement. The buttonhole bands and edgings were only there to “pretty-up” the pullover. It became a honeycomb of individual memories, choices, tastes and expertise. There was also despair. A motif stitched erroneously or a sleeve knitted too long encouraged a flow of anxiety, but this was transient. The sweater framed the locus, however fleetingly, of family relaxation and gossip, but also an image of lucid, lived experience. As a child I was impatient and pestered my mother to knit quickly. A fortnight was too much for me. I was not interested in the patterns so much as of the selection of buttons. They were my jewels.

Perhaps, this is my nostalgia for the exclusive in a world where duplicates multiply only to vanish, sucked in by the maelstrom of change. A hand-knitted sweater made life a spectacle, and the owner was blessed by a secret touch of tenderness — a signature arrested in the interwoven wool.

Sharmila Ray is an Associate Professor and Head of the Department of History at City College, under Calcutta University. She writes in English. She has authored six books of poetry. She has been widely anthologized and translated in both India and abroad.

“A nightmare that will end well. László Luka was hoping for this.” Story of the Week (June 24), by Zsuzsa Selyem. Translated from Hungarian by Erika Mihálycsa.

In Search of the Pakistani Author

"The Author dies, along with his world. The Reader is born into a different universe, and confronts the text as...