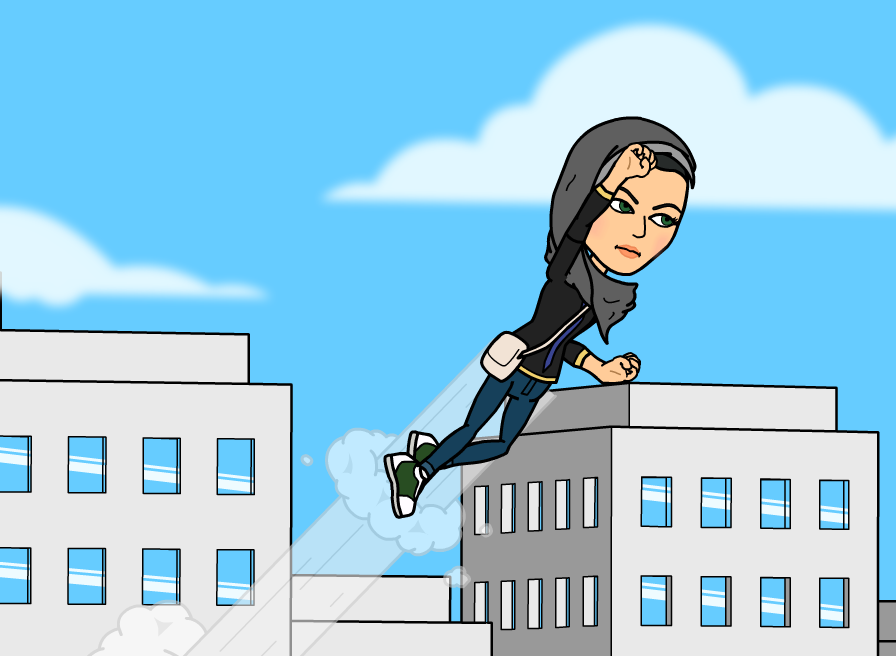 In a new series, we introduce you to our team of international editors. First at the bat is our editor-in-chief Maryam Piracha, the magazine’s founder. She describes herself as a “Writer, reader, editor, former gadget freak, part-time cynic, full-time idealist, supporter of free speech but intolerant of intolerance, bigotry and prejudice” on Twitter, but we at the magazine believe she is so much more.

What was your original intent in starting a magazine? How has that changed?

This is a subject that’s come up often, especially now that the magazine has been in operation for over five years. The intention was always supporting free speech within reason (i.e. not encouraging hate speech of other religions, minorities etc.), giving topics room to breathe that didn’t always get the attention they so richly deserved, or focusing on material that was being covered, but perhaps from a more philosophical angle. For literature and the arts, when we first began, the magazine would showcase the talent in Pakistan to the world and open Pakistan up to more contemporary literature being written by emerging writers. The focus in those early days was on the amateurs, the writers who hadn’t gone “pro”, so to speak. But as a magazine ages and more staff comes on board, they inject it with fresh ideas and perspectives and we’ve shifted from the amateurs to writers who, though well-known in their own countries, have little readership of their own outside it. The largest shift has been moving from public submissions to solicited submissions, so it feels like the magazine is really presenting the best selection of international literature that we believe in. We’re helping build bridges between cultures and countries through art and literature.

What is one of the biggest challenges in managing a magazine? And how do you overcome it?

The easiest answer is people and trying to navigate through the personal ambitions of the team, but that feels more like a bonus than a challenge. Another answer could be the distances between the editors, but the Internet and personal motivations of my team have made that substantially easier. I’d say the struggle to remain relevant is always present. Though it’s easy to say The Missing Slate is, in a way, in a league of its own when it comes to international literature. It can get a bit tricky especially when it comes to selling magazines since so much of that is tied in with the sustainability of the magazine. How far can it go on a shoestring budget and are we doomed to fundraise forever?

To mitigate that, we’re looking to bring on a financial advisor who, in the spirit of philanthropy, will assist in the business direction and provide financial advisory services which, I hope, will be instrumental in raising money through the sort of angel investment the magazine needs for sustainability. So that’s in the process.

There are other international lit magazines out there. Why is The Missing Slate different and what’s significant about that?

I think one of the most poignant things is that this is an arts and literary magazine presenting not just literature, but art and essays from across the world. What’s more, it’s based in Pakistan, a country that’s sadly not known for its rich cultural history and pretty much anything outside of where Osama Bin Laden was hiding. That we’re helping, in whatever way’s open to us, to expand the world’s introduction to this country, is pretty special. I’ve received emails from writers who submit principally because our focus is not geographically-based, but is entirely focused on discovering and presenting exciting voices across the globe. That’s pretty special in of itself, but when it comes from the talent you publish, it merits a really intimate and unique place in your heart. Not to mention, it’s incredibly humbling that we’re known for our inclusivity.

Why is this work important in Pakistan now? What niche are you filling?

A little known global factoid about Pakistan: in the early years of its creation, the country was home to artists and writers who would often meet in cafes and tea houses to debate and discuss craft. So it’s not that it’s more relevant now, but it certainly helps us that literature in Pakistan is beginning to awaken and stretch out its arms. The country is seeing a lot of literary festivals — Karachi Literature Festival, Islamabad Literature Festival, and the Lahore Literary Fest are all excellent platforms for facilitating important literature. And they’re definitely doing amazing work, though one can argue that lit fests are still skewed 70/30 toward politics, and less toward the arts they are supposed to represent. But talking of niches, we do cater to the purely art- and literature-oriented. Politics in the way of current affairs, is not under the purview of the magazine, unless approached from a humanistic angle that talks about the issue at the heart of events rather than the extenuating circumstances that form the ripple effect of it.

Do you think running a magazine dedicated to free speech in Pakistan is dangerous?

I can see why the question needs to be asked and I’ve definitely been warned by others on publishing material that actively supports gay, lesbian and trans rights, or material related to censorship etc., but so far we’ve been rather lucky. Our readership finds us because we are who we are unapologetically… but yes, there have been times when the magazine has been forced to protect itself against measures like the Blasphemy Law and the recently approved Cyber Crimes Bill. In tricky situations, we are forced to choose between what is right and what is safe and sometimes, truth triumphs and we go with the former and sometimes, against every fiber of my being that rallies against such a thing, censorship, however oblique, will prevail. But for a magazine that is rooted in Pakistan, that was created by a Pakistani-Muslim, who wears a hijab no less and is an unflinching feminist, pieces like ‘The Blasphemy Law’, ‘Muhammad’, ‘Karachi’, ‘Eleven’, et al. will always have a home. Always. And we will do everything in our power to protect the identities of writers fearful of their lives and those who are staunch opposers of injustice, intolerance, prejudice, bigotry and disrespect. It isn’t dangerous. It’s more dangerous if we don’t do it; if we aren’t that platform.

Let’s assume your childhood dream wasn’t to be magazine editor. What did you want to do at age five? Or fifteen?

At 10, I made up my mind that I wanted to be a writer. It was a no-brainer and for the close-to 21 years that have followed, that hasn’t changed. My parents like to say that way back when, when I must’ve been around five or six, my father and my sisters were traveling to Naran and Kaghan (cities north of Swat Valley, where Malala Yousafzai grew up), and I regaled my father with “story upon story”. His words. I remember flashes of sitting on his lap, in a jeep, and looking out the rain-splattered window, but beyond that I have no recollection so I’ll take my dad’s word for it.

What do you want to see more of in the magazine? Any shoutouts for writers and artists you’d like to see submit?

I’d like to see increased focus on the arts, specifically on filmmakers and photographers – I’d love to see Mobeen Ansari’s work in there. He’s a Pakistani photographer who’s done great things and recently published a book of photo essays. I’d like to see the magazine introduce short films in its publications, giving more spotlight to emerging filmmakers as we have on writers and poets. I would like to see more outspoken feminists in there; Chimamanda Ngozie Adichie owns my soul right now and I’d love to see her, in whatever form, published in The Missing Slate. That would be truly spectacular.

What do you see in your own future?

For a long time, my crystal ball was intertwined with the magazine’s, which I think is natural for something that’s grown with you. And the two are still linked. But I also see my writing career maybe taking off and an increase in literary outreach which I feel is important in Pakistan especially and for the world at large, when it comes to intellectual discourse through the arts.

Learn more about our fiction, poetry, nonfiction and art teams with our Meet the Editors series.

"The woman walks into the living room. She acts as if everything is normal, but I can see how she’s...