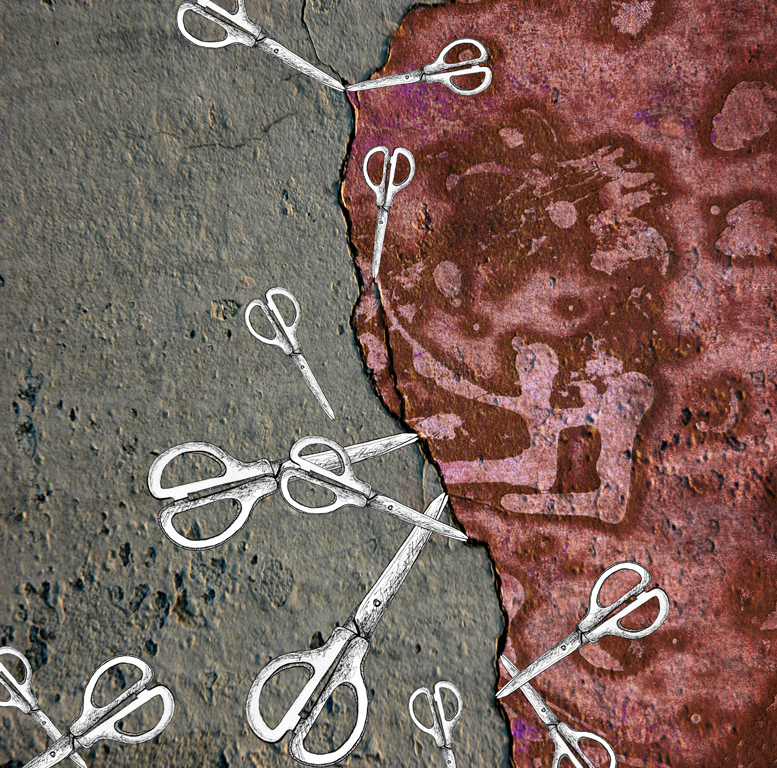 The decay by Mohsin Shafi. Image courtesy of the artist.

They laid on hands; there was something regal in their touch.
They knew where to find those lingering tremors, a memory
of sickness, of your whitened face in the dark when the heat
was a hand over your mouth, a stranger at the bottom of the stairs.

In came clerics with their electric choir,
they came to sing you back to health.

I could have read a roll-call of symptoms and foreign bodies,
and partly understood what lies had been told to your flesh.

Now they lay on hands. Now they peer into the darkness
and sort out right from that which wronged you.
They find an offender, lift it out and jail it,
but like a painting’s memory of the brush
there is something in the making of you
that cannot be erased.

Adham Smart is a writer and translator from London. He was three times a winner of the Foyle Young Poets of the Year Award, and has had writing in The Cadaverine Anthology, Korsakoff’s Paper Chain, Obakarama, and The Salt Book of Younger Poets. He studied linguistics and Georgian at SOAS, University of London, and is now doing a Master’s in linguistics at Oxford.

“We spend all day making pan de muerto. We bake the sweet bread to look like a skull. I knead my two thumbs in the skull to make little eye-sockets.” Story of the Week (February 12), by Eliot Hudson.

"Periodically, I heard this cat in the distance, doing something I call meowling — a cross between meowing and howling."...