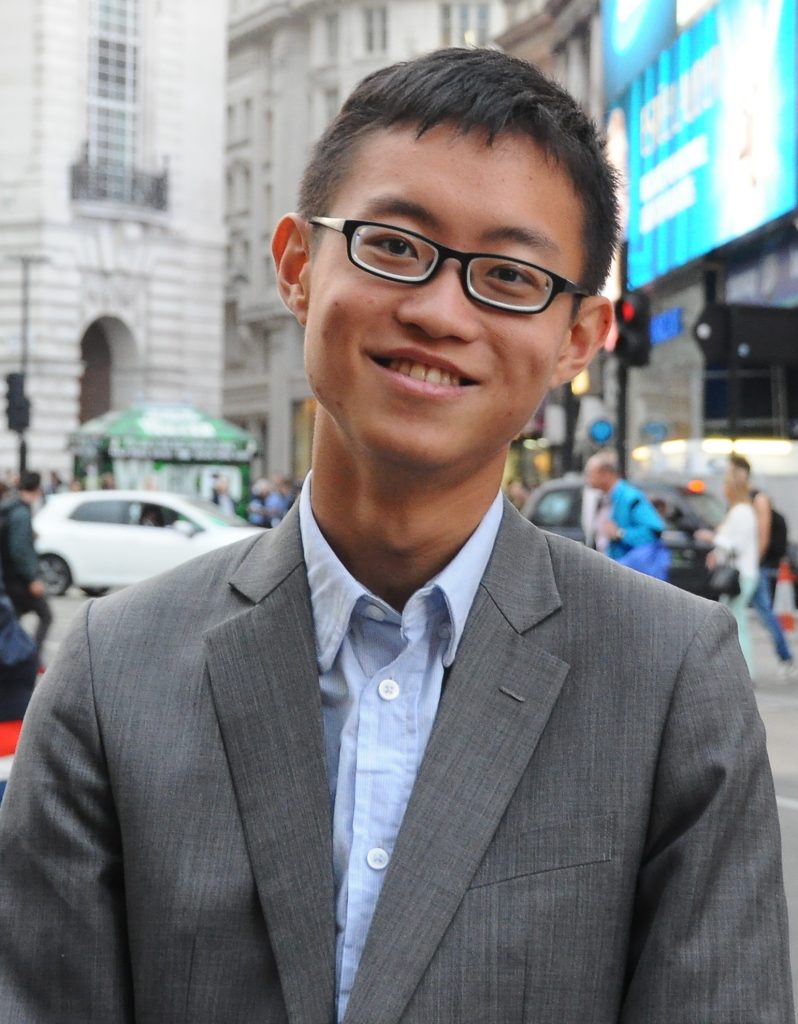 Earlier this year, Theophilus Kwek published ‘Giving Ground’, his third full collection of poems. In Lavinia Singer’s words, “Kwek speaks with the care and intimacy of a close companion, sharing the wonder in wandering. Here is the ‘heart’s geography’, a search for meaningful connection on a journey that delights and inspires.” Strong praise for a poet of any age, but remarkable for a writer barely into his twenties.

Continuing our Poet of the Month series, Theophilus Kwek speaks with Afshan Shafi about his progression from writing verse to writing poetry, the influence of the ‘New Nature writers’, and the danger of categorising anyone primarily as an “immigrant poet”.

You’ve been nominated for a host of awards and have performed your poetry extensively, all at a very young age. How early on in life did you begin to write verse? Was there a particular moment when you started to think of yourself as a poet?

I began writing verse at around 14, but I probably began writing poetry only much later — that really isn’t for me to judge! It was under the mentorship of several older writers that I started thinking about writing verse seriously, which for me entails thinking seriously about writing verse: being willing to edit, delete, and rework things. My mentors persuaded me that the time and emotional costs of doing so would be worth it; I took their advice and haven’t looked back since.

In your poem ‘Meridian‘, you explore the unconscious connectivity of language to nature and landscape: “given these months, even vowels/had begun turning with the hours /as on one spoke, and in this zone/ticked double-time to my own,/showing a gift for complexity/or perhaps complicity/that made both spell and sentence/of words I knew to make sense in.” Which poets or writers have perhaps served as guides in this respect, or have offered you a glimpse into the possibilities of paying attention to place?

Arriving in the UK in 2013, I discovered the work of Robert Macfarlane and other writers of the “New Nature Writing” movement, which has gained new momentum since then with (pardon the pun) ground-breaking books by Helen Macdonald, James Rebanks, Amy Liptrot, and others. Their work convinced me that uses of language are inseparable from place — but also that each of us experiences place differently, and in ways that can be captured in language.

This particular poem, ‘Meridian’, came in the summer of 2014, after my first year in England and just as I was discovering the poetry of John Burnside, which is also suffused with the spirit of place. Burnside writes as if no landscape is truly bleak: if we are sensitive, each possesses inner history, inner light. So this poem records my process of becoming sensitive to a new country, experienced in that beautiful understatement we have of a new ‘time-zone’.

What effect do you think your place of origin has had on your imagination? Do you think that, for immigrant writers, the notion of writing about ‘home’ is an imperative step in outlining their sense of identity as artists?

Of course, coming to a new place, a sense of loss, displacement, or unfamiliarity will move us
I think this may be asking the wrong question: if we think of them (or ourselves) primarily as “immigrant writers”, we will, often on our own impulse, keep looking for a sense of distance — an alternative centre of gravity — in their work. The truths bound up in the word “home” are more nuanced, more mobile than that: if our poets have found and settled in new homes and “home-lands”, then we cannot expect their poems to dwell any less fully in them.

Nothing is “imperative” in good writing except that we write what moves us. If we don’t, we can’t expect our work to move others. Of course, coming to a new place, a sense of loss, displacement, or unfamiliarity will move us — and thus it’s easy to find beautiful trajectories of arrival in the work of writers who are also recent immigrants. But we must see them first as writers, not immigrants. If we expect them to “find themselves” by writing about “home”, we may never find them at home.

Do you enjoy working within form? What are the advantages of attempting form, in your opinion?

At least at the moment, I love working with form! I’m also a photographer and a musician, and poetic form acts as the frame that best accentuates the image, or the style and structure that best delivers a musical theme. Form can be used to build up the right pace or structure of a poem, lull a reader into security, or deliver a punch. It also lends a sense of completion to the work overall.

Form isn’t just another tool in the writer’s kit, though. It represents an inheritance — not of any particular school of poetry but of countless experiments with language that have been attempted over time, and of the possibilities inherent in such simple effects as rhyme and alliteration. So form also appeals to me as an open-ended conversation with the history of language where we are welcome to add to the experience of our tongue through subversion and invention.

What would you like to achieve as a poet? Are there any ideas for collections that you feel you must attempt?

No, unlike many others, I don’t have my head brimming with poetic projects! I think it’s a difficult, and important, goal enough to not stop writing — and not stop writing in a way that, as a friend of mine put it recently, “snags at something vital”. “Vital” in both senses, of being “necessary” as well as “life-giving”. Of course, not everything we write will hit as true for everyone, and very few things we write will change the things we’re writing about or against in quantifiable ways: but we’ve got to try.

"At that moment I understood why the man who I had left behind was not a stranger." Story of the...