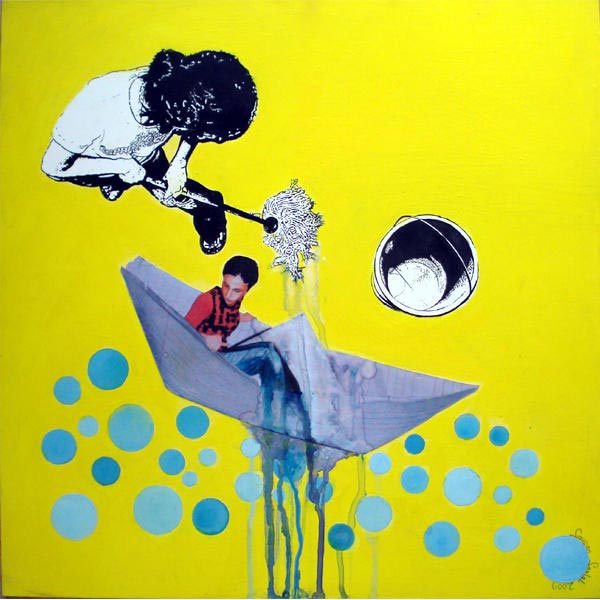 They’re early settlers, entering the bloodstream bearing
gifts from their twin lineages. They lie dormant, waiting
to be guided by instinct to release their malignant
power. We are a stage, a squat; this is what we provide

from within: fertile soil for them to practice
their hit-and-run arts with the ease of those born
to be warriors. They come with clear intent — to occupy
what they claim as their ancestral stake — and they’re here to stay.

Outside, all around, as indispensable as air and water, are others
slipping through the cracks. Our bodies are host to their
breeding but we are given the means to keep them in line.
We can go underground to join the Resistance. The enemy

to watch out for is the one who enters stealthily with unmarked
baggage. Like the seducer who played for years on the swings,
slides, and see-saw of my heart and eventually left me breathless.
The interloper has since relaxed his grip to become a permanent

member of the house, a seventh sense, sending occasional signals
of pain. Even with the No Vacancy sign, there will be intruders lurking
around who will try to force their way in. Some lodgers match
camouflage with decorum so well, we forget they are there.

We could fear these hangers on, but they make better companions
once we befriend them. They belong to us as much as our
other faculties of smell, taste, or touch. We can uncover
their secrets, test their limits, learn to use their guerrilla tactics

against them. We know they are armed and dangerous.
And against their weaponry, we have no defense. Whether their siege
is short-lived or long, in the end, there is only one certainty:
true to their calling, they are obliged to take us down.

Saleem Peeradina is the author of ‘First Offence’ (Newground, 1980), ‘Group Portrait’ (OUP, 1992), ‘Meditations on Desire’ (Ridgeway Press, 2003), and ‘Slow Dance’ (Ridgeway Press, 2010). He edited ‘Contemporary Indian Poetry in English’ (Macmillan, 1972), one of the earliest and most widely used texts in courses on South Asian literature. ‘The Ocean in My Yard’, a prose memoir of growing up in Bombay, was published by Penguin Books, in 2005. His latest collection is ‘Final Cut’ (Valley Press, 2016).

(‘The View from Seventy’ first appeared in ‘Final Cut’ (Valley Press, 2016) and is republished online with kind permission from Saleem Peeradina.)

“my breasts offend my father,/ more so than my opinions…” Poem of the Week (April 1st), by Hira A.

Poet of the Month: Kadija Sesay

"Britain is a small island, and (it thinks) it can only handle one successful Black artist at a time..." Continuing...