It was immediately clear that ‘a dua for the masses’ reproduced phrases and ideas from an untitled poem by Zanzooba Magdoos published in The Feminist Wire (and also circulated widely by, for example, in progress, Patheos, Badass Muslimahs, and the Islamic Alliance for Justice). Given the seriousness of the allegations, we wanted to give Redscar McOdindo K’Oyuga a chance to present his case before withdrawing the poem in question or issuing a public statement. 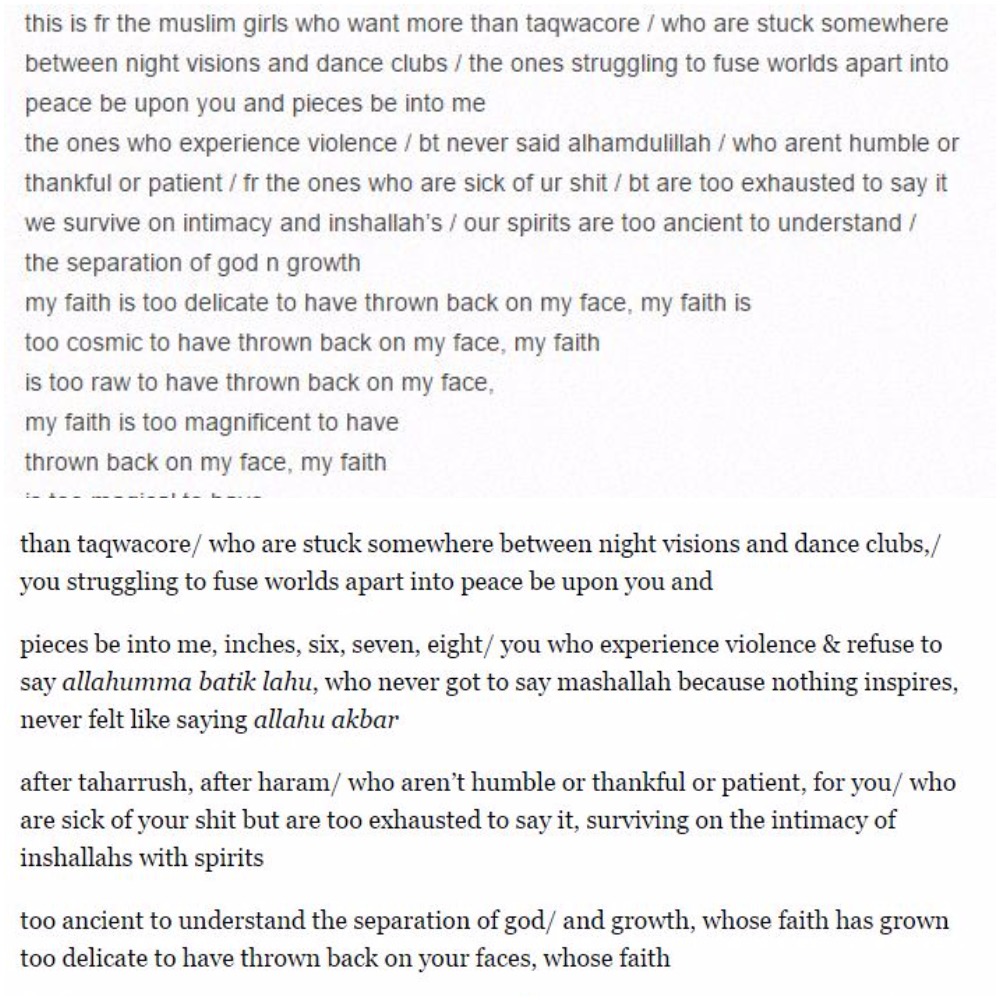 While last week Hardman’s presence was only felt, but never seen; this week he goes to considerable lengths to insert himself in Jessica and…

"She knew where to find the little monster, and with a forced nonchalance that had the unintended benefit of soothing...