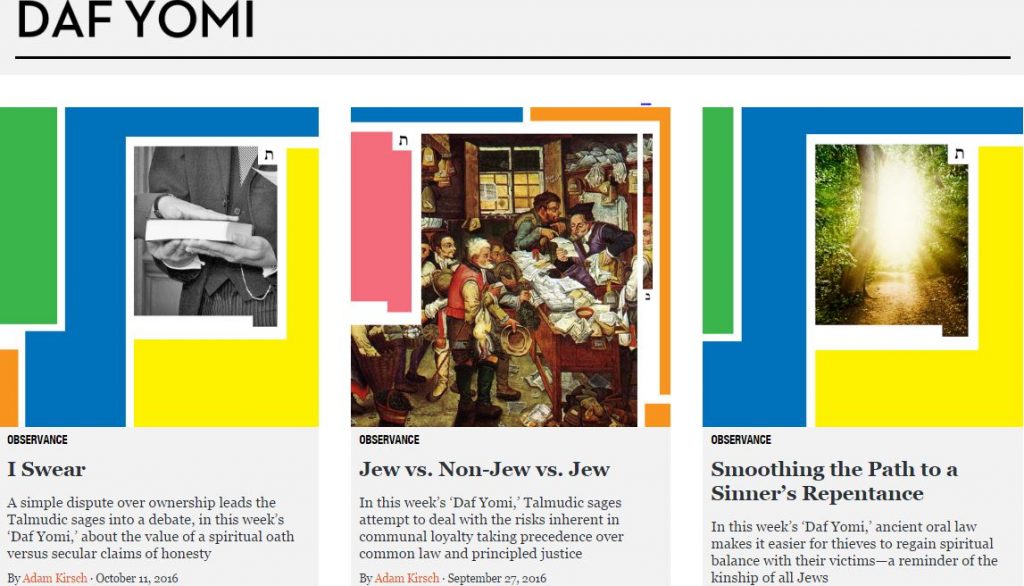 Back when the world was young, and blogging was the New Big Thing — which is to say, around 2004 — mainstream publications took a deep breath and, for the most part, decided to go with the flow, adding these new-fangled “blogs” to their websites, sometimes in great profusion. If one blog was good, ten blogs must be better, right?

And in fact it worked quite well. If you were a mainstream publication — The Economist, say, for which I was working at the time — then your website was pretty much the contents of your print paper. Adding blogs made for a way of adding new daily content at a lower marginal cost, on the expectation that journalists would positively enjoy writing in a more informal and speculative register, and with more scope for introducing their own personalities, which was, indeed, generally the case.

Over time, the sea of content adjusted to a new level. Websites in general became more like blogs — which is to say, frequently updated, skewed towards the “hot” issues of the moment, more opinionated, and drawing off one another’s work. Journalists, meanwhile, having discovered that their niche blog was attracting only a tiny fraction of the traffic going to the website as a whole, wanted to fold their writing back into the main site, and were encouraged to do so by their publishers, who likewise regretted squandering good — even bad —  writing on niche audiences. In effect, blogging prevailed.

The term Daf Yomi describes the scholarly regimen of reading and considering the entirety of the Talmud at the rate of one page per day. Which is exactly what Kirsch does, writing up his notes on the various issues raised at the rate of one post per week, a post which is always action-packed with surprise, perplexity and delight.

Any one of Kirsch’s posts is a good starting point, but if I had to name a favourite, it would probably be the The Goring Ox, which teases out the prescriptions of the Talmud on issues of negligence and damage:

“To start with, the rabbis notice a glaring logical contradiction in the biblical law. According to Exodus, an ox that kills a human being is to be stoned to death immediately; yet it is only after goring three times that the ox earns the designation ‘forewarned’. How, then, could any ox ever be forewarned, when it wouldn’t live long enough to kill three times?”

There is worse to come:

“Indeed, the distinctions go even further. An ox, the Mishna says, can be ‘forewarned with regard to Shabbatot’: That is, an ox that has a habit of goring on Shabbat would not be considered forewarned for goring on a weekday. This distinction initially seems to make no sense—surely an ox doesn’t keep track of the calendar, so how could the distinction between Shabbat and weekday be meaningful to it? According to the Jerusalem Talmud, the Koren edition notes the reason is that people wear different clothes on Shabbat, which might confuse the ox, leading it to gore people it perceives as strangers. According to Rashi, the difference has to do with the fact that the ox does not work on Shabbat, which might leave it feeling friskier than usual. Whatever the reason, if an ox that usually gores on Shabbat suddenly takes it into its head to gore on a Monday, its owner would only pay half damages, since it would be considered innocuous for weekdays.”

It is writing like this which makes me think well of the Internet. You might say that without the Internet I would be obliged to read the Talmud myself, so I am lured into laziness. But the much more likely equilibrium would be that I never read the Talmud at all. Thanks to the Internet I have the Talmud read for me by an expert commentator who reports his highly entertaining findings each week without charge. I shall profit from such largesse while I can.

Half the Kingdom/Det halve rige

"I neither cut off a toe, nor shaved off a heel/ just minced my way through it all/ with a...