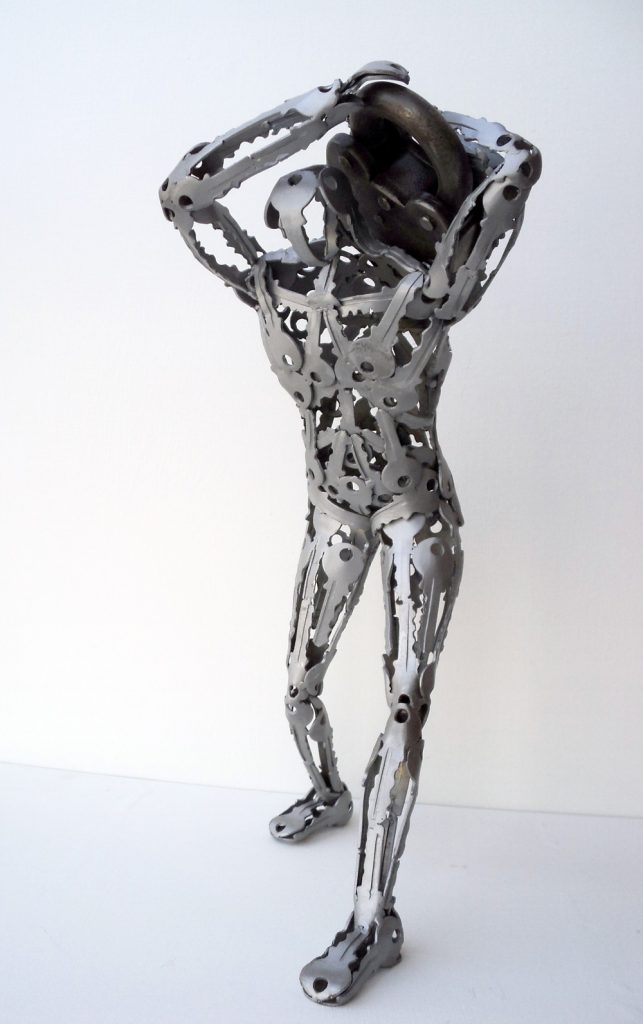 ‘Zimadari (Responsibility)’ by Mohammad Ismaeel. Image courtesy of the artist.

I can’t help but remember the man who runs,
his phone camera recording. Unlike instinct,

he runs toward the explosion and toward the no-more
apartment buildings and no-more houses.

He yells for his wife and son. His voice cracks.
He stumbles over rubble, shouts: God

is great. The camera jerks as he pushes aside
white stone blocks and concrete. He runs,

and he searches under / through / over
the tangled mess of rebar. God is great,

he begs aloud—again and again,
as if repetition could make that be,

make that true. And as he runs, I watch,
and I listen, never having heard that sentence

spoken as question, never having heard
so much bleed through those three words,

called on a day when the sun was bright
and the sky was blue.

Tara Ballard holds an MFA from the University of Alaska, Anchorage. Her poems have been published in The Southampton Review, Salamander, HEArt Online, The Pinch, Wasafiri, and other literary magazines. She has lived in the Middle East and West Africa for seven years.

“I have no tears, no salt, no rage—/ Bless the ruined house, bless our temple…” Poem of the Week (April 20), by Kirun Kapur.

"Leaving traces of its own continual metamorphosis, the book is an echo chamber, a hall of mirrors." Katy Lewis Hood...