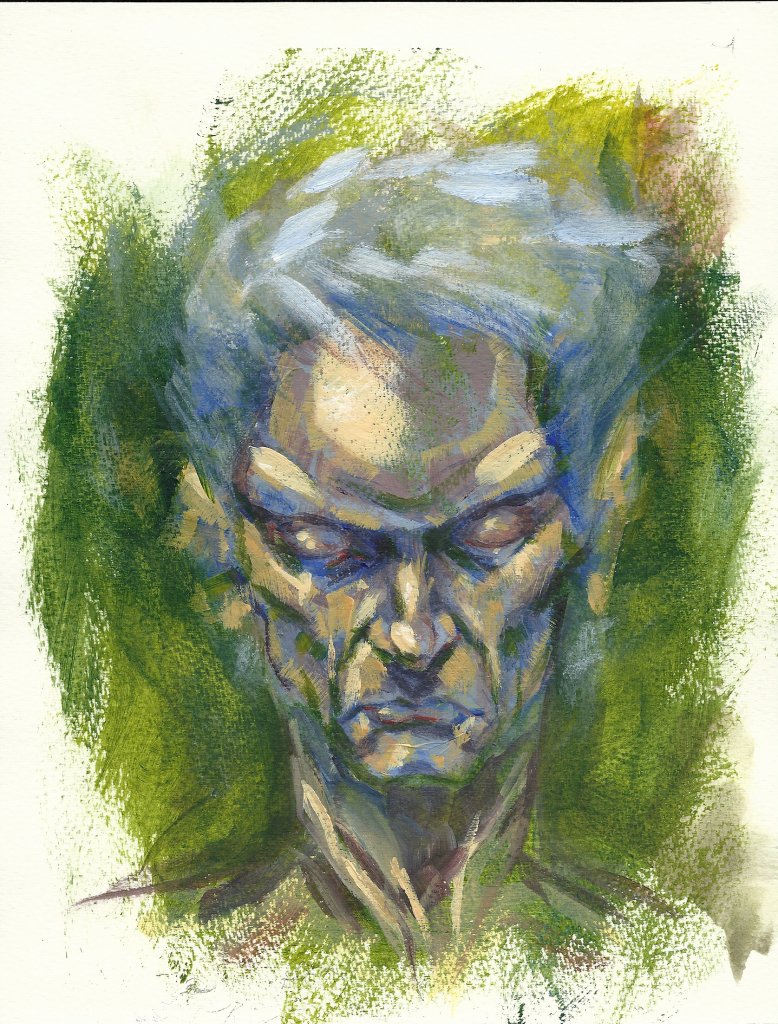 I started awake
I started awake when a door slammed,
seized by terror that you died that instant
and the gust of wind banged the door left
open. Was it you who left it deliberately
open, to let me know the time of your departure?
It was three in the morning. The wings
of two black moths brushed across my face
as I walked around the apartment: two
noxious heralds. One I killed,
it crumbled in my handkerchief
and stained the death-white wall.
The other made its nest in my
heart, lays eggs from which the days
ahead are slowly hatching.

Machines do
Machines do your breathing, your
sleeping. You lie with eyes closed,
clean-shaven under the gaze of your wretched
visitors. In the whole ward you are
the most beautiful. Your sinewy arm,
well-proportioned chest are revealed to us.
Though I dressed in white, against my
will my tears well up.

For nineteen days
For nineteen days you’ve been sleeping. While I was
by your bedside a gust of wind reached in
the window left open at home and knocked
over the floor lamp I received from
you. Let everything perish is its will.

For twenty-three days
For twenty-three days
you’ve been laid out for us in the snow-white ward
freezing and sweating,
so we may go on our pointless
errands. You lie,
your dark eyelashes flutter yet
unable to lift your heavy
eyelid, your gaze the green
bird will not settle
on us.

From now on
From now on dark falls earlier.
At six in the morning the streets are dark.
Night glows with cold light.
Shades drift, the blind
walk side by side.

If anybody touched me
If anybody touched me now, their freezing
hands would pull away at once.
I stand, moonlit shade on the lamp-
lit street, waiting to be let in.
Black geraniums the size of a child’s
head beckon in a window. The tears of
a sprinkling can trickle down on them.

The time comes
The time comes when you’ve had enough.
There will be tears I dreaded long
in advance, when the Lord of Heaven
places you in His hall of statues –
so there were. Without, the sun is shining.

Postscript
Like one deranged, the tram clangs
up and down the streets, looking
for someone lost in the night.
It picks up some discarded rags
and drops them again. A clatter.
Snow frozen to splinters.

Zsuzsa Takács is the doyenne of Hungarian poetry. Since 1970, she has published eleven volumes of poetry, a book of children’s verse, and several volumes of translations. Her volumes address both private and historical traumas, emphasising the impotence of language when faced with suffering. She lives in Budapest.

Erika Mihálycsa teaches 20th-century British fiction at Babes-Bolyai University, Cluj. Her research is focused mainly on Joyce, Beckett and Flann O’Brien, and she is a prolific translator from English and German into Hungarian. Her translations of Hungarian literature into English have previously appeared in B O D Y magazine and on Hungarian Literature Online. She is editor, together with Rainer J. Hanshe, of HYPERION magazine, issued by Contra Mundum Press.

‘Premonitions of Mourning’ appears in Zsuzsa Takács’ collection ‘Tiltott Nyelv’ (Forbidden Tongue), published in 2013, and is reprinted here with kind permission from the translator.