Counting down the top five poets in our annual survey of the ‘best’ in Britain. If you’d like to know how the list is put together, take a look at our ‘FAQ’ post here. 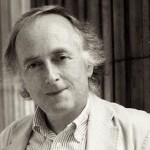 2011/12 highlights: Received more coverage than any other poet in the national newspapers; published in Poetry Review and Poetry London.

Christopher Reid first attracted attention as a ‘Martian’ poet (a loosely-connected school of writers who shared Craig Raine’s attachment to exuberant and estranging metaphors), but he continues to shift styles with every collection. In the 1980s, he went from being a Martian to a female poet from Eastern Europe (Katerina Brac), and in the same year that he mourned his wife’s death in A Scattering, he published The Song of Lunch, a lengthy narrative about a publisher taking a former lover to an Italian restaurant (swiftly adapted into a fifty-minute ‘TV poem’ starring Alan Rickman and Emma Thompson). His latest collection, Nonsense, was described as ‘Learesque’ by Aingeal Clare. Any poet who can move, in the space of a couple of years, from the sombre poems of A Scattering to ‘Brannegan Wong/with his luminous dong/and his numinous pong’ deserves attention.  For all his stylistic shape-shifting, Reid is very much ‘part of the establishment’ (he graduated from Oxford and went on to work as poetry editor at Faber & Faber), but he remains willing to experiment at the risk of alienating readers.

Go and read: Reid’s publishers at Faber continue to hoard his poems, meaning that few are available online. Anything from A Scattering is worth tracking down (the collection is best read as a whole), and Katerina Brac is one of the earliest English examples of what Mikhail Epstein refers to as ‘hyper-authorship’. 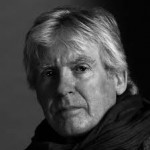 2011/12 highlights: Shortlisted for all three major awards — the Costa Prize, the T.S. Eliot Prize and the Forward Prize for Poetry — in 2011. Night included in the Guardian’s end of year round-up of the best poetry collections.

David Harsent is so ‘dark’ that his most recent collection is simply called Night. The book is heavy with meditations on mortality (‘the way death sidles in with a nod and a cough’, in a poem called ‘Rota Fortunae’), but also with dreams and hallucinatory visions. Night was the follow-up to Legion, a Forward Prize winner in 2005, and both tread similarly uncompromising territory. Harsent’s poetry often seems stripped of anything elaborate or unnecessary, spiralling down the page in a series of blank verse lines, but there’s still plenty of room for vivid similes (how about ‘A quarter-moon, livid like a burn-scar’?) and narrative drive. Once part of the writing circle around former TLS poetry editor Ian Hamilton, Harsent apparently entered the British poetry scene ‘out of nowhere’. In this case, ‘nowhere’ means Buckinghamshire, which is apparently remote enough to seem exotic in a world centred rather narrowly on London. Harsent also writes TV scripts (Holby City, Midsomer Murders, The Bill) and libretti, as well as crime fiction under two rather nondescript pseudonyms (Jack Curtis and David Lawrence). 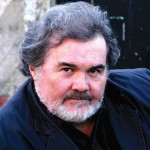 2011/12 highlights: Like David Harsent, shortlisted for all three major awards  in 2011. November was chosen as a poetry book of the year in both the Telegraph and the Guardian.

Top of last year’s list, Sean O’Brien studied at Cambridge, but grew up in Hull, lives in Newcastle, and is thought of as a quintessentially northern poet: ‘From Cockermouth to Withernsea/ The North — the North is poetry’, as he wrote in Downriver, one of his three Forward Prize-winning collections. Jeremy Noel-Tod, with more than a hint of a supercilious sneer, suggested that ‘His work is undoubtedly consistent in its evocative laments for a mid-century Britain always just about to build the Welfare State.’  No other poet has won the Forward Best Collection more than once, and until 2011 O’Brien was also the only poet to have won the Forward and T.S. Eliot Prizes in the same year. He is a dominant figure on the prize circuit, and yet his public profile doesn’t come close to matching Duffy’s or Heaney’s. Ultimately, O’Brien is perhaps overrated by the prize juries and underrated by the general public: he is comfortable with formal poetry and free verse, and his collections are atmospheric without ever becoming portentous. Critics tend to overlook O’Brien’s skill as a comic writer — the type of poet audacious enough to (internally) rhyme ‘Toon Army’ and ‘tsunami’ and still get away with it. He has also been influential as an editor and a critic (see The Firebox and The Deregulated Muse), and fully deserves to be acknowledged as one of the best poets of the last few decades.

Go and read: ‘Cousin Coat’ is an introduction to O’Brien’s more politically-engaged work, but the lighter, satirical poems are also worth reading. The Drowned Book, with its damp, dense poems, would be my pick of O’Brien’s collections:  ‘Water-Gardens‘ seems a good place to start. 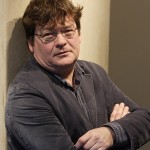 2011/12 highlights: Did the double in 2011, winning both the Forward Prize and the T.S. Eliot Prize for Black Cat Bone. Also featured in Sarah Crown’s books of the year round-up in the Guardian.

After being shortlisted three times for the Forward Prize, John Burnside finally won fourth time round, then picked up the T. S. Eliot Prize too. Burnside isn’t an easy poet to pin down: he has been a factory worker, a gardener and a computer systems designer, and is perhaps best known as a prose writer, most recently for A Summer of Drowning. His two memoirs, A Lie about my Father and Waking up in Toytown, both attracted praise for their honesty: he speaks about waiting for his father ‘in an alley with a knife, intent on murdering him.‘ Unsurprisingly, Burnside’s poems are often dark in tone, but their bleakness is never overbearing. Sometimes the language is so finely chiselled that you sense Burnside would be happier if the words disappeared altogether — ghosts, visions and the blurred boundaries between fiction and reality are all common motifs. The poems in Black Cat Bone are free-floating, haunted and haunting… which is such a vague description that a few lines are needed to illustrate the point: ‘At the back of my mind, there is always/ the freight-line that no longer runs/ in a powder of snow// and footprints/ from the story we would tell…’ Like many of the writers in this list, Burnside works as a Creative Writing teacher; unlike any of the others, he combines his Creative Writing with courses in Ecology — an example, perhaps, of the way in which Burnside superficially resembles a host of other poets, but is utterly different once you dig a little deeper into the lines.

Go and read: ‘De Humani Corporis Fabrica‘: ‘I know the names of almost/nothing… I have no words/ for chambers in the heart.’ 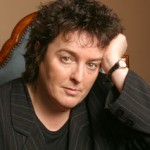 2011/12 highlights: Poet Laureate (since 2009). The Bees won the Costa Prize for Poetry and was shortlisted for the T.S. Eliot Prize in 2011. Predictably, the collection featured in several ‘best books of the year’ round-ups, including Sarah Crown’s Christmas list in the Guardian.

Long before becoming the first female Poet Laureate, Carol Ann Duffy was already the closest thing contemporary poetry had to a celebrity. Sun photographers are unlikely to be photographing her stumbling drunkenly from a limo anytime soon, but her prolific output since succeeding Andrew Motion has generated plenty of coverage in the national press. Despite the recent outpouring of pieces about bees, Duffy is still best-known for her iconic (and occasionally iconoclastic) The World’s Wife collection, which gave voices to Mrs Lazarus, Mrs Faust and (in perhaps the most quotable short poem of Duffy’s career) Mrs Darwin, amongst many others. Duffy’s recent work has been rather uneven: genuinely moving poems (‘Water’) have been interspersed with poems that read like half-hearted efforts to meet a deadline (most of her 2009 update of ‘The Twelve Days of Christmas’). An over-reliance on alliteration and lists (reproducing the trick which worked so well in the last line of ‘Prayer’ a few too many times) marred her latest collection, but The Bees still won the Costa Prize and came close to winning the T. S. Eliot Prize as well. Whatever you think of her poetry, Duffy has been an excellent Laureate, tirelessly supporting poetry events across the country and still finding time to write public verse on everything from the Olympics to David Beckham’s dodgy second metatarsal.

Go and read: Sometimes it’s better to go with the more obvious choice. ‘Prayer’ is one of Duffy’s most-anthologised poems, and also one of her best. ‘Little Red Cap’ stands out from some of the more flippant World’s Wife poems, and ‘Water’ is the highlight of Duffy’s latest full-length collection.

In exquisite prose, Features Editor Maria Amir ruminates ‘freedom’, what it means now and whether an absolute definition is even merited.