The Cannes Film Festival (taking place this year between the 15th and the 26th of May) is a staple in international film, boasting over 60 years of tradition. From its beginnings, marred by WWII, into the post-war atmosphere, riding the French new wave and beyond, its continued dedication to bringing quality and innovation in cinema to the forefront has always attracted the crème de la crème of the film world. It’s no wonder that in recent years, the festival has become as much of a star-studded, media covered and ultimately commercial event as one would expect. Still, despite the heavy caveats of having to cater to an increasing audience, the festival manages to retain at least part of its genuinely artistic core, making a film, director or actor’s appearance and success at Cannes as much of an achievement as it’s always been. It’s not rare that films presented at Cannes become some of the most successful films of the year, gaining the acclaim of audiences and critics alike.

While lately, the film offering at Cannes has been something of a mixed bag, a simple glance over this year’s lineup is enough to fill one with anticipation and excitement. Playing favorites with films one hasn’t seen yet is, to say the least, difficult, but here are a few films from the Official Selection that seem worth keeping an eye out for in theaters or stores over the following months:

Jim Jarmusch’s Only Lovers Left Alive. Jarmusch’s name alone would be enough to elicit interest in this film, but the cast and most importantly, the story make this film downright drool-worthy, and this critic’s heart ache with anticipation. Tilda Swinton, Tom Hiddleston, Mia Wasikovska and John Hurt, immortal lovers reuniting only to find new obstacles in their way, music, and Jim Jarmusch’s particular brand of atmosphere and melancholy. Do you need more? Watch Tilda Swinton’s eyes in the (painfully) short trailer and try not to find yourself drawn into the story, wanting more.

Arnaud Desplechin’s Jimmy P. (Psychotherapy of a Plains Indian). Desplechin is no newbie at Cannes, having had his films featured in the Official Selection of the festival no less than five times in the past and now, and not surprisingly. His films have always carried the kind of depth and attention to detail many artists spend their careers vainly trying to achieve. Watching a Desplechin film is often a painstakingly constructed, enveloping and fulfilling experience. Starring long-time collaborator and ‘actor of the moment’ for several years and counting Mathieu Almaric, facing off against Benicio Del Toro, it’s not a stretch to imagine this film too should become a rewarding one.

James Gray’s The Immigrant. Marion Cotillard, Jeremy Renner and Joaquin Phoenix in turn of the century(ish) goodness? Sold! Yes, sometimes that’s all it takes. In all fairness, just looking at the cast and summary, this is the kind of film made to sweep and sweep and sweep some more awards this year, and not necessarily in Cannes. With that said, I remember thinking something similar a few years back about The Tourist at first glance, and… ooops. 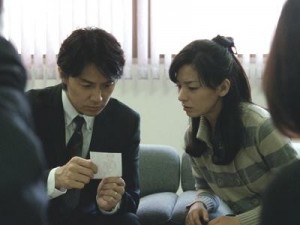 Hirokazu Koreeda’s Like Father, Like Son. Koreeda is another Cannes veteran who has likely produced a new gem to add to his already brilliant collection of works. The story centers around a business man who finds out the son he is raising was in fact switched at birth and that his real son is being raised by another family. The sensitivity and honesty of the director’s approach to his stories in his past films puts Like Father, Like Son very near the top of my list of anticipated films, despite the almost soap-opera-sounding summary.

Arnaud des Pallières’ Michael Kohlhaas. This is the director’s first appearance at Cannes, the film features an interesting and talented cast, and who doesn’t love a tale of medieval vengeance?

Takshi Miike’s Shield of Straw. With a career as prolific as Miike’s, it would be difficult for any film lover not to have at least heard the director’s name. Titles like Ichi the Killer or Audition are so widely recognized that they need only be mentioned to cause some sort of reaction, from excitement or awe to cringing or revulsion. While not all of Miike’s films fit the broadest of tastes, he is a director who has made himself difficult to ignore, at the very least.

The above are just a few of the films being showcased at Cannes right now. Honourable mentions go to Jia Zhangke’s A Touch of Sin, Polanski’s Venus in Fur and Adbellatif Kechiche’s La Vie D’Adele – Chapitre 1&2 (Blue Is the Warmest Color), and this doesn’t even begin to describe this year’s Cannes’ beautiful madness. Then again, a listing of names and titles never could. What films do you look forward to from this year’s lineup?