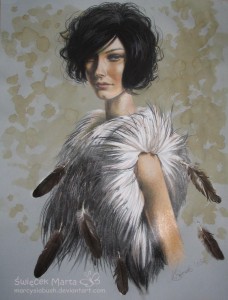 He thought he was putting a flag on the moon.
But he was only putting a coin in the turnstile.
Spill-O made it to the kingdom too soon.
And now he has to wait awhile.

Way back when he was young
And had diamonds on his tongue,
The night was warm and the night was damp—
Each kiss was a spoonful of soup in a refugee camp.

Once they lay in fields of forget-me-nots,
Forgetting how ripeness always rots.
It’s a quaint suffering that god inflicts,
The old ritual of being tricked.

Spill-O wanted to make love with his dreams intact.
But she said that’s not love, that’s a suicide pact.
The cars outside made their homecomings and escapes.
The diner distracted them with ice cream and grapes.

(The Spill-O Air and Space Museum)

Spill-O took a plane ride
over the empty states, now well-filled with superweapons.
His people had inherited God’s old temptation,
discovering how much easier it is to kill people
than change them.

In the fun district, the electronic music thumped
like the echocardiogram of a huge soul-eating beast.
He dreamt through a visionless age,
when God snacked on our astronauts.
Something streaked across the sky.
But Spill-O was a bad witness,
couldn’t tell a feather from a wound.

The object he saw
was a luminous emergence
from a worldwide sensibility
unwound and tangled
as a bowl of spaghetti.
Like how the UFO on tv
inverted and redeemed
the first mushroom cloud.

The man from the craft told Spill-O
that he must be dismembered
and let his remains swirl like a toilet bowl
if he’s to get through December
and out the other side of the hole.
He said that the sky is an inch deep
and the names of God are so much grass.

Spill-O stayed up late watching Star Trek,
wondering what the heck.
He hatched a plan to stand
straight up when the spaceship comes down
and wear the spaceship like a crown.

Colin Dodds grew up in Massachusetts and completed his education in New York City. He’s the author of several novels, including The Last Bad Job, which the late Norman Mailer touted as showing “something that very few writers have; a species of inner talent that owes very little to other people.” Dodds’ screenplay, Refreshment – A Tragedy, was a semi-finalist in the 2010 American Zoetrope Contest. His poetry has appeared in more than sixty publications, and has been nominated for the Pushcart Prize. He lives in Brooklyn, New York, with his wife Samantha.

“My happiest memories of those early days in Blikkiesdorp are about my brother Jabulani…” Story of the Week (March 21), by Nnamdi Oguike.

Story of the Week (May 17), by Troy Blackford