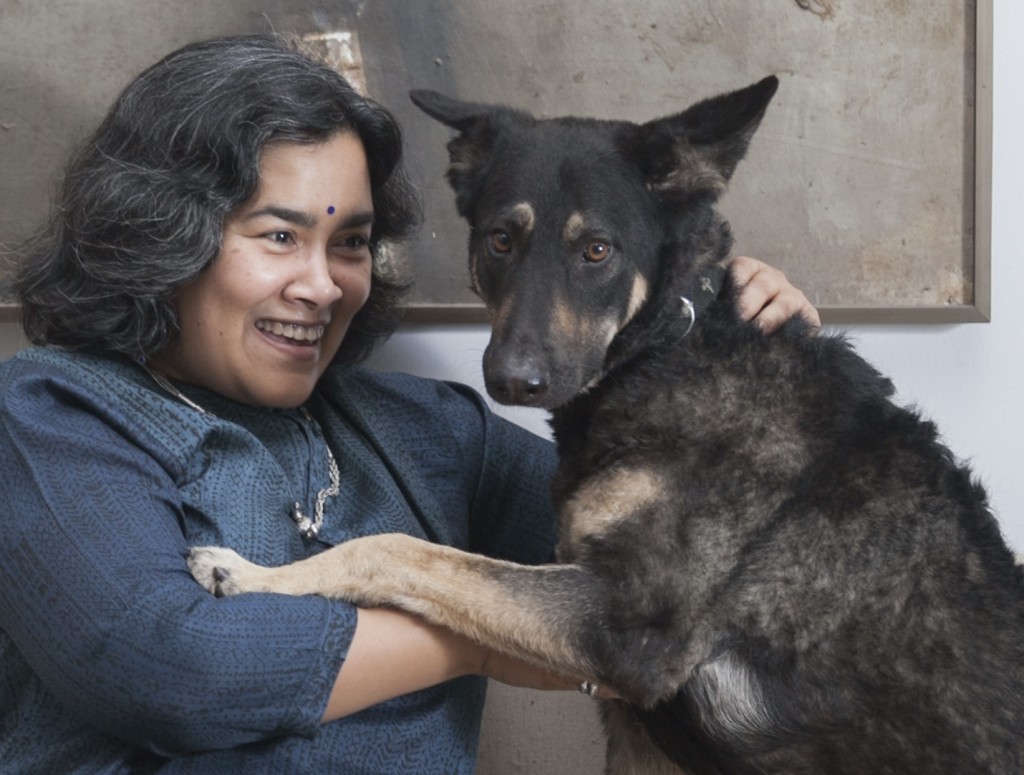 Farah Ghuznavi is part of a generation of Bangladeshi writers beginning to make a significant impact on the international stage. A ‘(barely) recovering workaholic’, she writes poetry, fiction and creative non-fiction, has a regular column for The Daily Star (Bangladesh’s biggest English-language paper), and works as a professional translator from Bangla to English.

Last year, she edited Lifelines, an anthology of stories by Bangladeshi women. Farah is currently writer-in-residence for the Commonwealth Writers, and her work was included in World Literature Today’s Bangladesh on the World Stage feature. Outside writing, she has worked extensively on development issues — political participation, microcredit loans for the poor, adult education for women — with organisations such as BRAC, Grameen Bank, and the UN.

Here, Farah talks to The Missing Slate’s Jacob Silkstone about the dangers of conforming to stereotype, the hidden riches of Bangla literature, and the five main reasons not to be a writer…

To me, you seem to be an incredibly energetic writer — in addition to being writer-in-residence at Commonwealth Writers, you’re a columnist for The Daily Star, you’ve participated in a number of literary festivals and you recently edited an anthology of new writing from Bangladesh, Lifelines. Even so, you recently wrote about that overwhelming ‘desire to procrastinate’. Are you sure that’s something you suffer from? (!) Do you find yourself prioritising fiction over journalism / editing / public readings?

Actually, it’s the other way around! Writing fiction is more mysterious and far more challenging for me than the familiar environs of column writing (which I’ve been doing for years, and am far more disciplined at), editing or translating. I suspect that’s because I feel more in control with respect to the latter three categories. With fiction, you’re never quite sure whether you can do it until you have actually done it. And even when you get the words down on the page, it doesn’t necessarily mean that the story has emerged in the form that you’ve visualised it — far from it.

With regard to procrastination, I think what I meant was that I put off the more challenging task, the one I am most dreading getting to grips with, for the longest time. In the interim, I’m still working — I’m just working on everything else! I’m a (barely) recovering workaholic. Ideally, I should be attending one of those support groups, because I fall off the wagon with monotonous regularity, getting caught up in all the things I need to do and then suddenly looking around a month later and realising how much time has passed. So I understand that it might sound contradictory, but it’s true that I work almost continuously, even as I put off working on the things that I am most challenged by.

I think it’s important for writers of contemporary literary fiction to engage with the ground realities of the world that they live in. That doesn’t necessarily mean direct involvement in politics per se.
You’ve worked with various NGOs, including the UN, BRAC, and Grameen Bank. How has your involvement with development issues fed into your writing? Is it important for writers to be politically engaged?

I can’t speak for others, but in my case, my development experience and my wider political views directly influence my writing. Many of the things that I’ve seen and experienced, and the people that I have spoken to, have left a strong impression on me — and a profound desire to communicate those stories to a wider audience. It’s partly what you write about, of course. Murder mysteries or chick lit might not require a great deal of political analysis! But I think it’s important for writers of contemporary literary fiction to engage with the ground realities of the world that they live in. That doesn’t necessarily mean direct involvement in politics per se. But I do believe that truly authentic writing comes from a deeper understanding and application of context. There’s a wonderful line from Margaret Atwood, who says that “Fiction always has a moral dimension because human beings have a moral dimension.” I think that holds just as true if you substitute the word “political” for the word “moral”, because in the final analysis, we are all political animals, whether we realise it or not. I certainly am!

Your work has appeared in a number of online magazines, and you’re very active on social media — do you feel that the internet has led to any significant changes in the writer’s role? Do you feel that your online presence has genuinely helped you to reach a wider audience?

Yes and yes. It’s a double-edged sword. On the one hand, there’s no question that the Internet has opened up more opportunities for writers to put their work out there, whereas earlier, traditional publishing could only accommodate a limited number. On the other hand, self-publishing and the democratic nature of the Internet has also meant that there is a lot of mediocre writing out there, and it can be hard work to sort the good from the bad from the indifferent. I guess in the end, you have to be selective about what you read, and hopefully the best e-zines and websites will eventually rise to the top.

The same applies to the issue of online presence. I know many writers who are very active on social media and spend a lot of time promoting their work. In fact, we are all told that a writer’s job description now includes an enormous amount of self-promotion. I understand and sympathise with the writer’s dilemma, but I think it’s dull for readers to be bombarded with sales messages, so I usually try to provide interesting free content, and I’m not particularly hard-line in my approach to promoting it – especially in comparison with some of my peers. I’m also grateful to have some wonderful supporters, who help out a lot by spreading the word. If you like a writer’s work, then that’s the best thing you can do for them, as a reader, or a friend.

As for the writer’s own approach to promotion, I think the best thing you can do is to put your work out there, and if people want to read it, they will. If they don’t, no amount of pushing/promotion is going to make a difference. What I actually like best about the Internet and social media is that it has allowed me to connect with fellow writers – and other people with common literary interests – as well as, of course, people who are interested in reading my own work.