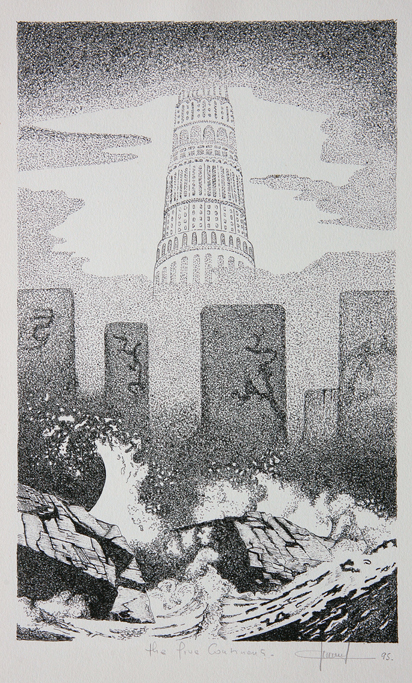 The Missing Slate’s Poetry World Cup finished earlier this month, with more than 6000 reader votes cast to whittle the 32 poems down to just one winner. We’re ending the month with a selection of new poems from the Poetry World Cup champion, Singapore’s Desmond Kon Zhicheng-Mingdé.

d2 is for determinacy

e is for electric eel

e2 is for ethics

q is for quetzal

Desmond Kon Zhicheng-Mingdé is an interdisciplinary artist, also working in clay. Trained in publishing at Stanford, with a theology master’s (world religions) from Harvard and fine arts master’s (creative writing) from Notre Dame, he is the recipient of the PEN American Center Shorts Prize, among many other awards. His poem ‘gǎn qíng yòng shì :: impulsive and impetuous’ won The Missing Slate’s 2014 Poetry World Cup.

Guest contributor Tristan Marajh questions whether Judd Apatow can be regarded as among the smartest or most compassionate people in Hollywood.

The Wines of the Shakespeare Estate

"In wine there is truth..." Zsolt Láng's 'short story written in the form of wine labels', translated from Hungarian by...