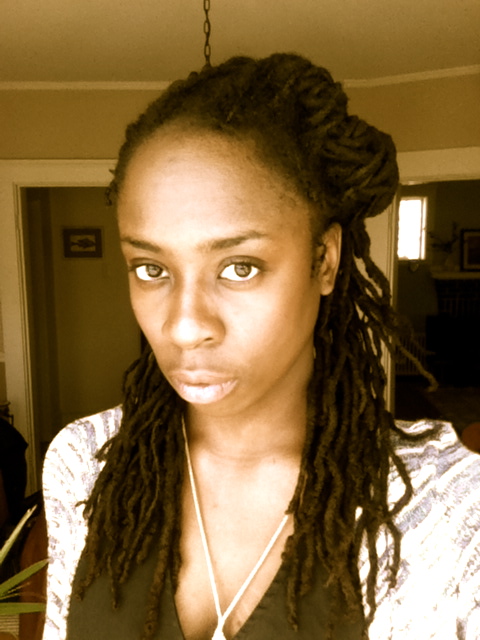 In conversation with Assistant Fiction Editor Santiago J. Sanchez, Maria Pinto (the first flash fiction writer to be a Missing Slate Author of the Month) discusses her (sort of) obsession with ‘disentangling the body from the self, only to re-entangle them again’, her future plans (including ‘a novel about an otherwise straitlaced academic who is given tacit permission by his wife to have an affair with a radical feminist who lives in a commune’) and the diverse set of inspirations behind her writing.

The first of your two stories, ‘Ingrown’, seems to deal with the notions of self care and the private lives that we all live, and the small rituals that we keep in order to thrive in our public lives. This all comes together around this one, very special hair. How did this one hair come to serve as the centre of the story?

I was on the train one day and found myself entranced by an advertisement for wax treatments at a spa. In it, a presumably fresh-waxed woman is joyful in her hairlessness, her arms raised above her head in a gesture meant to demonstrate how smooth and free she is as a result of the depilation. I mean, this woman looked like she’d been transported to a very pleasant place where things that should be bald, stay bald. How could she have known a vandal would draw a long curly hair in one of her armpits and write “looks like they missed a spot!” on her ad? I was furious on her behalf; the vandal seemed to be scorning this woman’s little private moment of happiness, so I set about coming up with a scenario in which she might have told the person waxing her to leave the one “very long hair” on her person, on purpose. I imagined her taking excellent care of the hair and was satisfied that the vandal’s work had been undone, if only in my mind.

I wrote ‘Milktooth’ as a way to imagine how one might react to the realization that the past is no longer habitable…
In its epistolary style, ‘Milktooth’ gives us a very personal and intimate view of the thoughts of a son dealing with the aging of his mother. What was the inspiration behind this story? How do you relate to it personally (if at all)?

Actually, the son in the story ‘Milktooth’ was modeled after a very special person in my life. While cleaning his mother’s chest of drawers one day, he came across his baby book and had to confront the notion that his ancestral home, full memories and relics, was starting to belong to another life that his only living parent couldn’t even remember anymore. I wrote ‘Milktooth’ as a way to imagine how one might react to the realization that the past is no longer habitable, even as the proof of it survives.

These two stories demonstrate a heightened awareness of the body and ritual. What is it about this territory that interests you? What do you want to express about it through your art?

In my stories and in my life I am sort of obsessed with disentangling the body from the self, only to re-entangle them again. It’s almost like a kid who takes apart some piece of household machinery to see how it works. Some people think there’s no mind/body duality and others say “sure there is” and I guess I just want to explore that argument again and again in my work.

‘Ingrown’ and ‘Milktooth’ demonstrated a dynamic range in style. From where do you draw inspiration? What authors do you look to when you’re working on your own writing?

Thanks for the compliment! I try and try to constantly look at the world as if nothing is obvious, like children do. I mostly fail at that because the lens can’t help but harden as one gets older, but sometimes I don’t fail and then bam! Inspiration for a story. As for authors, I’ll stick to those who are amazing at telling short stories so my list doesn’t go on for pages. I’m a huge fan of Lydia Davis and Grace Paley and Jamaica Kincaid and Ian McEwan and Ramona Ausubel and Aimee Bender and Claudia Rankine and Dorothy Parker and John Cheever and Raymond Carver and other people like them who know or knew how to pack a punch with only a few words on the page.

What’s in store for the future? What types of characters can we look forward to meeting in your coming work?

You can (hopefully) look forward to a novel about an otherwise straitlaced academic who is given tacit permission by his wife to have an affair with a radical feminist who lives in a commune; a very short story about a man who proposes to his soon-to-be wife at gunpoint; and a climate scientist’s daughter who believes she can travel through time.

“But there at the edge of the embankment stood God’s/ blue Morris forgotten in the lyme grass…” Weekend Poem, by Niels Hav. Translated from Danish by P. K. Brask & Patrick Friesen