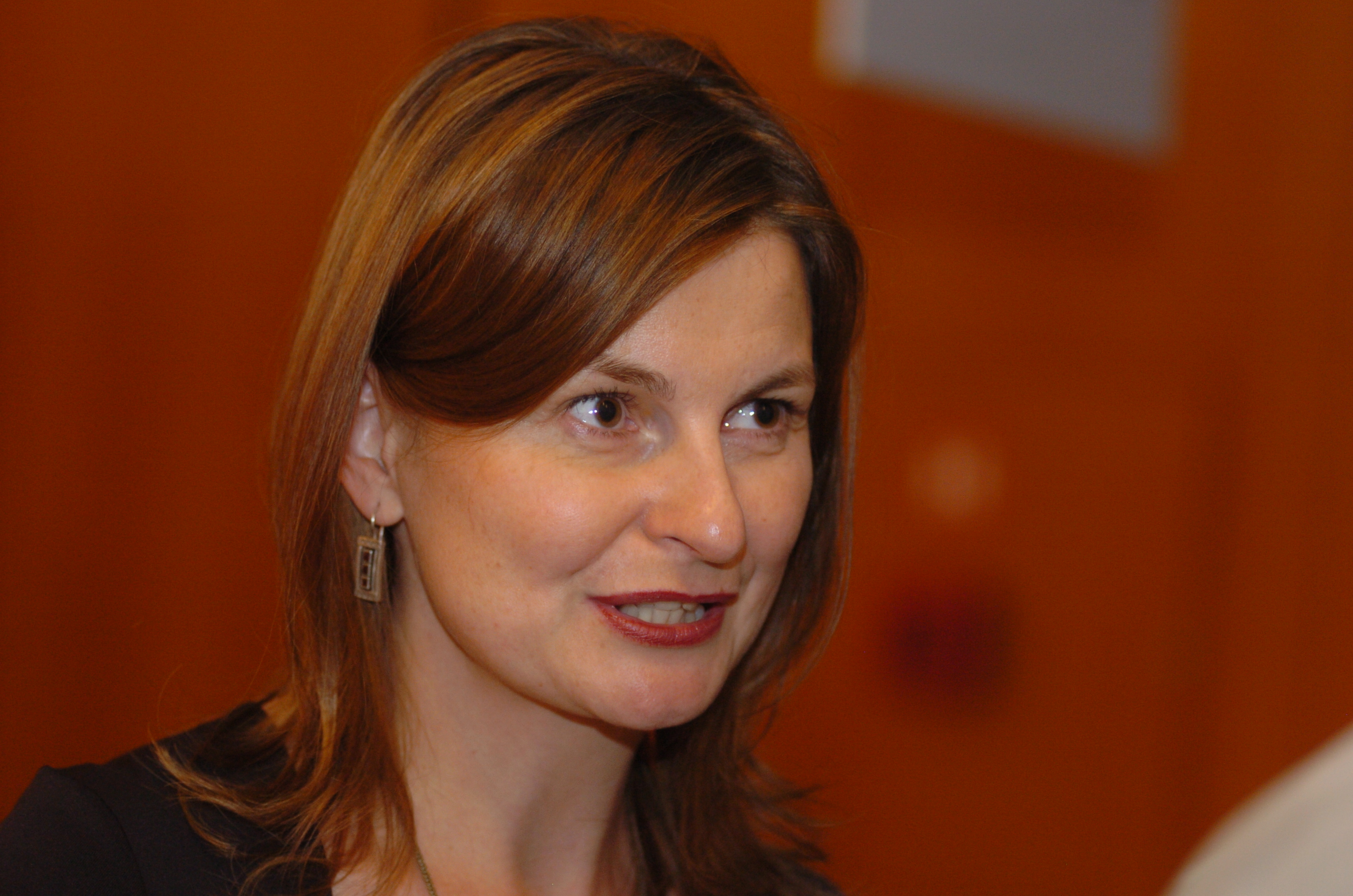 Radka Denemarková is an award-winning Czech writer and translator of Herta Müller’s fiction. Her latest novel, ‘A Contribution to the History of Joy’, was published on 24 October. In this interview, which originally appeared in the Slovak feminist literary journal Glosolália and has been translated into English by Julia Sherwood, she tells Zuzana Uličianska what she feels is wrong with present-day Czech society.

Your writing spans two worlds — those of literature and theatre. In which of these worlds do you feel more at home?

In literature, definitely. Theatre always involves compromise because every production is the result of the director’s interpretation. When I write, on the other hand, I’m completely in charge and don’t have to beat about the bush. For me fiction is absolutely essential and primary. I might go as far as to say that for me literature is the only place left where one can still speak the truth. I’ve lost all interest in anything historians and politicians have to say.

That’s quite a strong statement.

That’s my experience of the past few decades. I’m not so young anymore and I’ve grown tired of many things. I want to explore the world in a different way, in my own way – through literature, through fictional characters, through new forms of the novel.

So you’re done with philosophical, political or other ‘expert’ perspectives on the world?

I just don’t trust them anymore. I suppose it’s got something to do with the kind of language they use: words double-cross themselves nowadays… We bandy about words like democracy, equality, intolerance and tolerance, words that have become bleached of meaning. People still think in terms of Right and Left, of dissidents and communists, East and West. As if they lived in the past. But none of that is true anymore and hasn’t been true for a long time! Sometimes I feel as if people were afraid to speak authentically and were instead trying to hide behind these so-called pearls of wisdom, the great clichés that have been drilled into them. But life flows along a very different river-bed. And it takes courage to remain alone in the middle of the current.

What is of key importance to you then?

The individual life of the human being. The space between birth and death is the only place where you can still show something, examine something properly. Another factor that plays a big role in human lives is irrationality: it can’t be pigeonholed or generalized. I’m not interested in labels, I’m interested in actions. To put it even more bluntly I’m not really interested in knowing whether someone used to be a communist or a dissident. It’s obvious that the younger generation sees things quite differently. For them the key problem is consumer society, which is these days under the control of transnational corporations and those, in turn, influence politics and they have the media in their pocket too.

Is there something that might make you take to the streets these days? Do you think street protest can be effective as a form of protest?

The status of women and men is what I regard as the key problem. It still makes a difference whether you are born in a woman’s skin or a man’s.
I don’t think I’d go out into the streets these days because you can’t expect it to change anything, especially not in the Czech Republic. Our political life is dominated by a closed coterie of people who won’t let anyone else in, and our system has solidified to the extent that it doesn’t make any difference who we vote for. There’s no such thing as the Left or the Right! All we have is this clique which wants to hold on to power and share out the bribes among themselves. The so-called free elections have failed, they’ve become a dead end and I don’t want to waste my energy on it. Because I am aware that life is finite. I think it makes more sense for me to sharpen my pen. That’s something I still have some faith in.

So what would you target with your sharpened pen?

The status of women and men is what I regard as the key problem. It still makes a difference whether you are born in a woman’s skin or a man’s. The world sees you differently, you have different opportunities. In sum – half of mankind doesn’t enjoy the same opportunities. I consider myself lucky to be living in the Czech Republic and in this day and age. In the Middle Ages I would have been burnt at the stake long ago. But there are still countries around the world where women risk their lives on a daily basis just because they’re women. And that’s really terrible! People should go out into the streets to protest this!

Right, but I’d like to see a Western politician who won’t do business with a sheikh because women are not free in his country…

You’ve hit the nail on the head. We might as well call this genocide of half of the world’s population. These women have no rights.

Unfortunately, most people in Europe don’t seem to have the slightest interest in the situation of women in Arab countries, India or Pakistan.

Sometimes you see a glimpse of solidarity, it’s like the tip of the iceberg. For instance, in the case of the Tunisian woman who was raped by two policemen in a car and later charged with being a moral threat to society.  People started talking about her case only because she came from a middle class family. But at the same time, they all wondered who she thought she was. If something like that happened to men, if men were unable to leave their house, if they were barred from higher education and faced being stoned for having glanced at a woman, that would mobilize people. But the way things are, nobody gives a damn. Because this discriminatory view of women is still lurking somewhere in our subconscious.

The quotas proposed by the European Union went down much better with the Czech media than with the press in Slovakia. Do you think quotas are the right step toward achieving greater gender equality?

I’m all for quotas. Let’s put them in place and see what happens. When quotas were introduced in the Nordic countries they made quite an impact.  I also think that this kind of discussion draws attention to the fact that someone might need quotas, and that alone is something positive.

I suppose that unless the number of women in a particular milieu reaches critical mass, they don’t stand much chance of changing the system…

Exactly. We mustn’t fool ourselves and believe that appointing one, two or three women to some commission or other will change anything. That’s not realistic. Women must either fit in or leave. They are tolerated only if they behave exactly like men. I once took part in a very peculiar discussion about the EU. It was in Germany, shortly after the crisis in Greece erupted, which suddenly laid bare all sorts of problems. I was the only woman on stage among seven men and the air was so thick with hatred you could have cut it with a knife. And that in spite of the fact that I didn’t really attack the men, I just responded to what they said. As someone born in a woman’s skin I’m tired simply of being aware of all these male egos–I’m exaggerating a bit, I know—of watching them play their power games and cling to power. But as a matter of fact, all these problems derive from the way men have fine-tuned the world over the centuries. We live in a society that’s been calibrated in line with the male way of thinking.

Most of the richest people in the world are men.  They include media moguls who influence the way people are supposed to think, what they should wear, how they should look and how they should live. We have to break out of this vicious circle somehow. I understand that it would suit men if our rights continued to be circumscribed, if all we did was support them and provide them with a home base.  It would suit me, too, if things were set up the other way around, and I wouldn’t want to change it either. I would also like to be like Thomas Mann, to be able to lock myself in my study and not care if everyone around me was on the verge of a nervous breakdown. It’s definitely very convenient that way.

The Missing Slate's film team offer up their selection of alternative horror picks for Halloween.