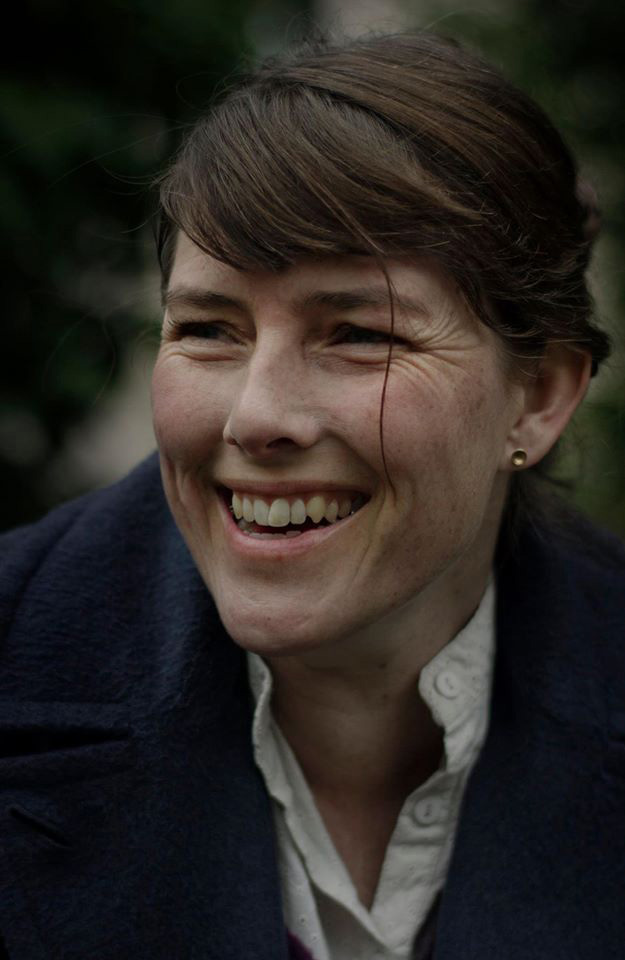 Adda Djørup’s published work includes two collections of short stories, two collections of poetry, a novel (‘Den mindste modstand’), and a libretto. In 2010, she was awarded the EU Prize for Literature. Her work has been praised for both its humour and its ‘distinct philosophical bite’.

In conversation with The Missing Slate’s Literature Editor, Jacob Silkstone, Adda Djørup continues our Author of the Month series with her thoughts on literature’s ‘culture of prizegiving’, why she prefers not to be described as a ‘female writer’, and whether too much happiness can be a bad thing.

I’d like to start with a question related to one of our previous monthly interviews. The British poet Hubert Moore said this: ‘In the UK, as things stand, poetry is too weak to bring change in the world… Perhaps the cause of the weakness is that poetry in the UK is… a tree with an open sky to grow into and no need to twist to find the light.’

Denmark often seems to be at the top of ‘happiest country’ surveys (the latest UN World Happiness report, for example) — could that widespread sense of contentment have any negative consequences for Danish writers? Is there an open sky for writers of your generation to grow into, or have you needed to twist to find the light?

When the conversation turns to literature and what literature can change (in a positive sense), I always want to ask an additional question: Which things worth preserving can literature help to preserve? It’s clear that all cultures can be changed for the better. It is equally true that all cultures — even the most oppressive — have features that are desirable and worth preserving. I consider literature not only as something that has enormous potential to bring change, but also as something with the ability to preserve. Accordingly, I think that contemporary literature functions as a kind of translator of old collective knowledge about human life; that stories, and poems too, are the handover of knowledge dressed up in contemporary historical contexts and contemporary language. For those reasons, a living and diverse literature is tremendously important for every culture.

In answer to your question about whether ‘that widespread sense of contentment could have any negative consequences for Danish writers’:  Firstly, the extent of ‘that widespread sense of contentment’ is open to debate. There is suffering here, as in all other parts of the world. Secondly, I believe that everyone who really bothers with the tedious work involved in writing a book to completion,  bothers exactly because they feel it is necessary to ‘twist to find the light’. All authors ‘twist’ in their own way; no two people see exactly alike.  Additionally, whether a literary work has potential as an agent to change (in a positive sense) society, or potential to preserve knowledge, depends not on the topic, but on the performance — not on the circumstances of the author’s life, but on the relevant artistic talent and knowledge of her craft.  Those factors cannot be measured by readership.

In answer to the question about whether authors have a specific responsibility towards society, I would say no. They have the same responsibility as every other person: To do what they do to the best of their ability. And to touch the world with kind hands.

I’m convinced that the stories we tell each other — including those we tell in a literary form — leave traces in real life. Those traces are left no matter what stories we tell, no matter how good they are and what ‘good’ means in this context. So when you ask which Danish authors are strong enough to bring change in the world, my answer would be: any writer whose books are read.

Discussing ‘Danish writers’ as though they are a homogeneous group (I realise that they’re not!), reminds me of these lines from Aminatta Forna:

All this classifying, it seems to me, is the very antithesis of literature. The way of literature is to seek universality. Writers try to reach beyond those things that divide us: culture, class, gender, race. Given the chance, we would resist classification. I have never met a writer who wishes to be described as a female writer, gay writer, black writer, Asian writer or African writer.

In other words, it’s the writing that matters, not the writer. Would you ever wish to be described as a female writer, or do you agree with Aminatta Forna that classifying is ‘the very antithesis of literature’?

I definitely prefer just to be called a writer, and I agree with Aminatta Forna. However, I feel it is appropriate, again and again – for as long as it is necessary – to highlight how linguistic structures not only refer to the structures of the social reality, but also to a very high degree maintain and create that reality.

Even in Denmark, which in many ways is a progressive country, it is highly normal when describing a person to refer to the person’s gender, ethnicity and sexual orientation if that person is not male, white and heterosexual. It follows that white heterosexual men are depicted as the norm, and everything else is ‘other’. Which is sad and risible and incomprehensible. And a clear indication of how deeply rooted this ‘othering’ is, and for how long the fight will have to continue before we have a culture that considers all human beings as equals in practice, as well as in theory.

I don’t write to be remembered. I write because I can’t not write.
There seems to be a fair amount of debate over the advantages and disadvantages of the ‘culture of prizegiving’ in literature. What effect did the EU Prize for Literature have on your own work? You said in this interview that, first and foremost, you hoped the prize would give you some more time to write. Did that happen?

The answer has to be no: I haven’t had more time to write. The novel I received the prize for has been translated into a small handful of languages, but the financial rewards are, as always, very small. In Denmark, as in all other places, it is almost impossible to make a living as a writer. Without exaggeration, I can disclose that all employees at a publishing house, from the company president to the cleaning staff, get a higher hourly wage than me. Mostly, I earn my money from other jobs. I believe that very few prizes enable a writer to earn money. Hopefully they contribute towards the distribution of literature.

In ‘Sara drawing’, your narrator says ‘total forgetting, a total lack of being… is worse than death.’ Is that your own opinion as well? Do you write to remember or to be remembered?

I wonder whether, in a sense, all writing is an attempt to counteract oblivion. I believe so.

But I don’t write to be remembered. I write because I can’t not write. It seems to be necessary for me to write to understand my life and my world. And I would very much like my books to be read for the most banal of all reasons: simply because I am a human being and therefore would like to communicate with my fellow human beings in the attempt to at all understand and affect my reality.

This interview was conducted via e-mail in English and Danish. To read the original version of the interview, click here.

“Didn’t you know/ I was afraid to count the music/ on your side of midnight…”
A poem against borders, by Nathalie Handal.

Original text of Adda Djørup's Author of the Month interview with Jacob Silkstone.