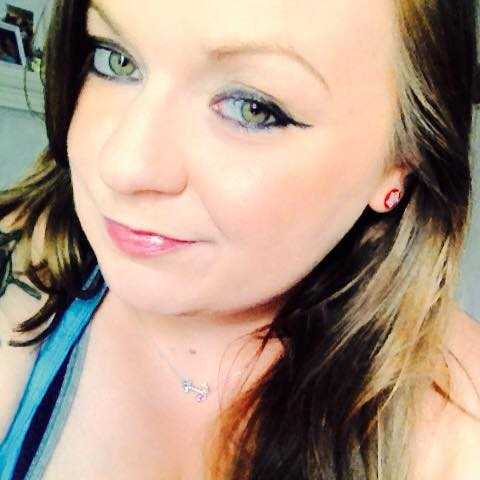 Full disclosure: one of The Missing Slate’s unwritten rules is that we only ever publish one poem per submission. Very occasionally, we’re introduced to a poet who makes us bend the unwritten rules — which is exactly what happened when Chelsey Harris’ poems arrived unsolicited in our inbox a few months ago.

Chelsey Harris is currently an MFA student at Southern Illinois University, where she also works as an assistant editor for Crab Orchard Review. Her work will be part of ‘Hope Grows Here: Stories of Resilience from Survivors of Domestic Abuse’, and a discussion of whether writing is genuinely capable of bringing forth hope and resilience forms part of her Poet of the Month interview with The Missing Slate’s Senior Poetry Editor, Jamie Osborn…

One of the things that’s most immediately striking about your poems is the use of lineation. Your poem, ‘Because they are always fighting’, has a great and very well-controlled range of line and stanza forms: broken, tightly-bound, calmly flowing, staccato. Could you say a little more about your use of lineation? Do you plan your poems to be like that, with that variety, or do you find that line forms emerge more spontaneously, naturally?

I actually don’t plan my poems to look a certain way. They almost all start in prose blocks and I just chip away at it until it shows me what it wants to be. That being said, I’m sort of a design freak, so I definitely take the time to make sure the poem is pretty on the page and reads how I want it to. I think that’s just as important as the language being used. Content also dictates a lot. Like we talked about when you published ‘Because They are Always Fighting’, for instance, the sections that occur when the speaker is placed outside are much more spaced out and airy. The collection I’m currently working on focuses on three generations of women in my family and I’ve definitely noticed that poems that center around each of us have their own aesthetics. The ones that focus on me are open and play with the page a lot, but the ones dealing with my grandmother are all more traditional and tend to stick to the left-hand margin. It wasn’t planned to be that way at all, but I’m really glad that my subconscious worked that out for me.

I suggested that your line forms might emerge “naturally” because it seems to me there is an imagery of organicism running through your poems, an imagery of oak leaves, gardens, growth. But the organicism, if that is what it is, is both external, a response to surroundings, and internal, coming from within. And literally inverted: “I swallow watermelon, tomato, and apple seeds whole,/ plant myself in my mother’s overgrown garden”. How intentional is that natural imagery? Have you ever thought of yourself as a “nature poet”?

In that poem specifically, the natural elements are on purpose because I tend to think of the openness of just being outside as calming. Other than that, I don’t think any other poems really play with nature images—at least not yet. I’ve never considered myself to be very nature oriented in my writing at all. In fact, some days in workshop I wonder if there was some Nature 101 class that everyone took except me, where they learned specific kinds of trees, flowers, and insects, as well as their cultural connotations. That sort of thing is usually completely lost on me.

Perhaps a simple question, perhaps an odd one, but who do you imagine yourself writing for? It seems to me that your poems are secretive, or at least the speaker is, (“In the corner of my closet, I curl into a hushed womb/ of fabric”), and yet of course that is a contradiction in itself, since that secretive voice is public. And at other times, the poems seem to burst with energy, just as “the back door thunders/ open”. Who is watching that door?

I’ve never put much thought into that, but I suppose I’m always writing for myself. As I mentioned, these poems are largely autobiographical, so I literally have watched that door. As much as I’d like to say I have a larger audience in mind, I don’t. I’m the one that spends my life looking at these poems so they need to make me feel satisfied. The secretiveness of the speaker here I think comes from age. Maybe. These two poems are written from the perspective of a child and a scared one at that. It was very often pointed out when I was little that I was shy, so that may also be what’s coming through.

[pullquote]There is a certain amount of beauty in everything and I think that idea makes people uncomfortable sometimes. Humans are drawn to violence and destruction, even if what’s driving them is only the desire to understand.[/pullquote]Your poem ‘My Parents as the House Fire’ ends with the lines “smoke-coated glass fills the air/ crashes to the charring floorboards”. I find that image quite beautiful, even though it is one of destruction. Maybe it’s to do with how the glass seems to fill the air in silence, still, before crashing. In any case, could you talk about the relationship between beauty and destruction, stillness and violence, in your work? Is it something you are conscious of?

When I was in undergraduate workshops, the most common and most irritating criticism I received was that I wrote about violent things in a manner that was too pretty, that the register didn’t march the content, so it is something that I have been aware of for a while, painfully so at times. Personally, I think there is a certain amount of beauty in everything and I think that idea makes people uncomfortable sometimes. Humans are drawn to violence and destruction, even if what’s driving them is only the desire to understand. I typically slow the more violent moments down where others might speed through them, and I think that’s important. I think it’s important not to look away and to make the reader hold his or her breath for a moment because that’s how life really works. There are some things we just don’t get to speed through or only half see.

Your work is forthcoming in ‘Hope Grows Here: Stories of Resilience from Survivors of Domestic Abuse’. You are also, I believe, editor of your university literary magazine. Could you tell us more about these projects? Do you think that writing brings hope and resilience, or is it an expression of things as they already are?

As an undergrad, I was Senior Co-Editor for our undergraduate literary magazine and now I’m an assistant editor for Crab Orchard Review. I love doing work like that so much. I pointed out that I’m kind of a design freak and people often point out that my poems appear OCD in my formatting, so it’s just another outlet for that. Plus, I think being a part of putting a book together is one of the coolest and most satisfying things in the world.

As far as writing and the relationship to hope and resilience, I think it could go either way. For me they are results of writing. It’s extremely gratifying to be able to change my own story if I want, or to be able to change any story for that matter. Maybe “change” isn’t the right word, but to come at it from a different angle and be able to explore it and reshape it. There’s a lot of empowerment in that once it’s realized. Although my poems are often interpreted as being sad, I see them as being hopeful because I have the opportunity to write, process, and deal with whatever I am feeling or thinking about. The hope in these specific poems comes from the fact that I am happy and healthy and have a solid relationship with both of my parents despite my childhood. The same goes for resilience: I think just the act of writing makes a person resilient. To write and revise and be critiqued and revise and write some more is an incredible thing for someone to do, regardless of what type of writing it is. It’s something that I’m constantly amazed by.

“A canvas/ empty of colour/ a body/ kissed by death.”
Poem of the Week (March 11), by Sukrita Paul Kumar.

Voices in Verse Vol. 1: ‘I Don’t Know What It Means To Be A Pakistani’

Farda Ali Khan performs her poem, 'I Don't Know What It Means To Be A Pakistani'. In a close competition, she...