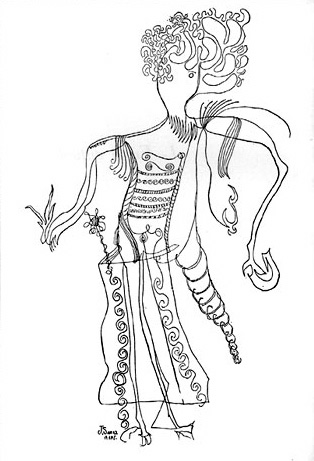 Only when I look at your face
do I realize how strange the oblivion had been
— your face is like oblivion.
In it reflect the inhabitants’ living flesh and spirit,
in it the city assumes its disposition and only when the
night has fallen do I recognize its expression,
I don’t know what it will be like in the day,
I have my doubts that you will be real in the sunlight,
with this fleeting step through the thickness of the
shadows spanning the crystal of the cold,
losing you in the depths of the city while I look for you,
hiding from my sight and breaking away from the
Hell in which, night after night, I believe I will be able to
find you,
and showing me with an uncertain glance someone’s
path, when I look at you and lose sight of you with just
enough time to follow the line of your eyes.

You, who always show up in the winter, year after year;
you, who get lost
and walk in the streets, and without meaning to, teach
me to live and help me to die,
you are the cold, are the city, your presence is a music
with the virtue of being heard only in its oblivion:
thanks to you I learned how to say goodbye,
and without you I would not have been able to do it as
I did, out loud in the face of destiny,
nor would I have been able to know the true cold and
go into it,
and stop fearing it,
without you
— (because it was time to learn to be old, after all).

Kit Schluter is a poet, editor of O’Clock Press, and translator of Marcel Schwob’s ‘the book of monelle’ and ‘the king in the golden mask’.

Editor’s note: This is an excerpt from ‘the cold’, first published in Poor Claudia.

“At a time when everything—from artificial insemination to your own death—is available for money, the task of the novel should be to expose the way this world really works.” Radka Denemarková talks to Zuzana Uličianska.

"I believe the conservation of the species is maintained because of this small latent transmitting device, which has courteously made...