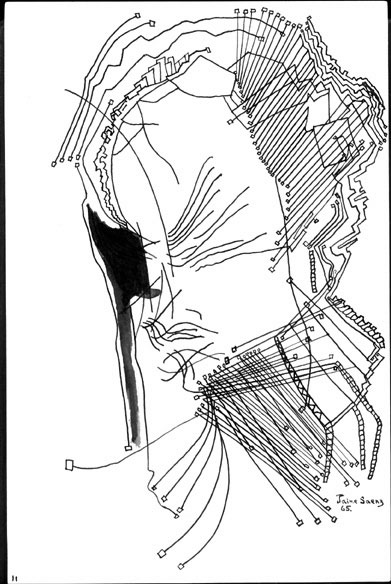 You’ve had a vision — you’ve had a vision of yourself — seated facing something you have not lovingly looked upon because you wanted to place a hand upon yourself and your body did not — between surging winds you have and wouldn’t have envisioned — you have felt and remembered yourself from your dreams, but you didn’t want to understand, and so your touch didn’t yearn for nothingness, and your refusal to feel around for yourself preserved the belief that you still had not.

*
Everything is put into motion at the very touch since the beginning of time. The very touch is the greatest of miracles because the very touch sends two marbles rolling such that they are one and in turn confirms the two have seized up into one.

Ted Dodson is circulation director of BOMB magazine and author of ‘pop! in spring’.

In an exclusive, The Missing Slate got the chance to sit with Pakistani poet Ilona Yusuf at the Islamabad Literature Festival on April 30. From politics, reading culture and advice for aspiring literati, we’d like to believe we have it all. Read on.

"You, who always show up in the winter, year after year;/ you, who get lost/ and walk in the streets,...