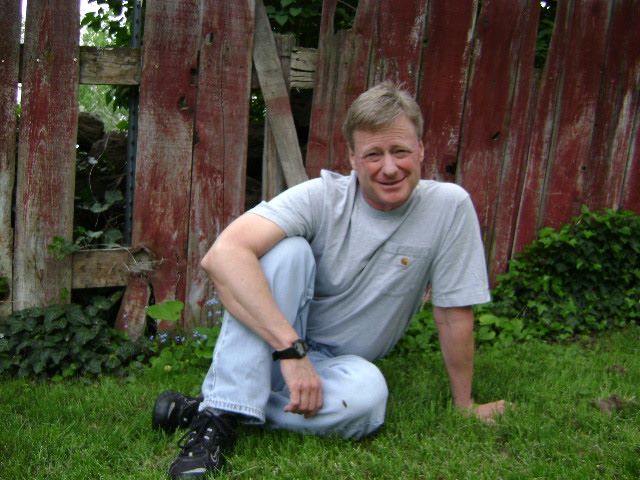 Jerry Wilson is probably America’s best kept secret. He lives in Boise, Idaho, where he worked as a Park Ranger for many years — a job which inspired his first collection of short stories, ‘A Kind of Kaddish’, published in England by Leaky Boot Press. His stories tell the lives and deaths of a homeless gang that lives in the park, centred around the striking figures of Weatherby, the wise tramp, and Swiveller, the Park Ranger who has befriended him. Wilson’s writing is sharp and hard, like the people he describes. As he says in the collection’s intro, “I pull no punches.” But it is also deeply human, never forgetting the human behind these broken figures.

Continuing The Missing Slate’s Spotlight Writer series, Wilson talks to Sébastien Doubinsky about the real lives (and deaths) behind ‘A Kind of Kaddish’, the American realist tradition — going back to Steinbeck and Bukowski, and how art depends ultimately on the “destruction and reordering of the elements of reality.”

In your short stories collection, ‘A Kind of Kaddish’, you portray a gang of homeless people squatting in a city park in Boise, Idaho. You were formerly working as a park ranger in the same city, and I was wondering when you first felt the desire or the need to write these stories?

First, let me say I’ve never had any interest in successful, well-adjusted people. The writing of ‘Kaddish’ came as a result of the close friendships I made with the people who lived amongst the thickets and hedges in the parks, under bridges, in cardboard boxes and culverts. I use the past tense because they’re all dead now—and there were many, many over the 13 years I worked for the parks department. The one exception is Steve Tucker, who at 64 is known as The Mayor. Initially, I befriended a man called Tom Kranitzky, who lived for years under a Spruce tree in Quarry View Park near the sandstone walls of the old Idaho prison. Despite being in a constant state of semi-drunkenness (he drank a five liter box of cheap wine everyday), Tom was an avid and curious reader and a great conversationalist. I made a point to look him up anytime I visited that particular park. The writing itself began with a long email to my old friend Lonnie describing my friendship with Tom and an incident involving a crazy street vendor who decided to empty the entire contents of his camp trailer sewage tank onto the asphalt parking lot. Lonnie had been unsuccessfully urging me to write for 25 years or so and suggested I turn the email into a short story. To get him to finally shut up, I said okay. Tom Kranitzky became the model for the character Winston Burton Weatherby the Third. As it turned out, Lonnie hated the piece so I titled it ‘The Bad Story’. Tom liked it, though. The fact that he was the main character probably had something to do with that. I ended up using the character Weatherby in at least half the stories I was to write for ‘Kaddish’. Sometime after Tom’s suicide in 2011, I completely rewrote ‘The Bad Story’. It became ‘The Reality Is’.

I hate writers’ quotes because I feel that people using them are just trying to make themselves look more important, but when Charles Baudelaire was asked what poetry was about, he answered “Work, work and more work.” Would you say that fits prose too?

I guess I’ll answer that with a writer’s quote. A Bukowski quote, no less: “I like what Ezra said. He said, ‘Do your work.’ I mean, no matter what’s going on, do your work. You have trouble fucking your woman, she’s out fucking some guy—do your work…”

First, let me say I’ve never had any interest in successful, well-adjusted people.
Writing is indeed work. Whether it’s poetry or prose or whatever, you’re in for some long, lonely hours of drudgery. The worst of it is you usually don’t have much confidence that anything worthwhile will come of the process. I’m always reminded of an episode of the television show ‘Green Acres’ I watched when I was a kid. In the episode, Oliver and Lisa spend quite a bit of time and effort painting their rundown weather beaten farmhouse. The job finished, they stand back to admire their work. Immediately the brittle, blackened wood sucks up all the paint like a sponge. The house looks exactly as it did before.

Something that has always struck me in your work is the deep humanity that shines through the really hard stuff, and I often compare you to both Bukowski and Steinbeck — are you insulted if I say that?

Of course not. It’s quite the compliment. Humanity is what it’s all about and it’s my experience you find it where you least expect it. Any time I would finish a job at a particular park and go to say my goodbyes to the paupers and the junkies and the drunks, many would invariably tell me along with “see ya, man” and “take care, dude” that they loved me. In the beginning that was rather disconcerting. It took a while for me to realize the expressions were genuine and that, other than the clothes they were wearing and the few odds and ends in their knapsacks, expressions of love are pretty much the only things of value they owned. Naturally, hate comes into play as well, but for the most part kindness takes precedence. They look out for each other, even in the midst of the frequent drunken arguments and bloody altercations. And so, after a time, I responded in kind, and meant it.

One thing I know we have in common is music. We both LOVE music. How does music fit in your world and in your works?

No question, music gives color, vitality and meaning. Music, in one form or another permeates all the experiences of my life. I have no memories that do not have specific sound arrangements attached. When I’m writing a story, snippets of music will wrap themselves in and around the words and it’s only with great difficulty that I’m able to choose just one to accompany the piece. I have fantasies, sometimes of incorporating more complex music, like say an Eliot Carter string quartet into my writing in an effort to convey the mental states such patterns of sounds arouse. But that would be writing music. No can do.

And finally, the traditional stupid question: who are the writers that you feel have been the most important to you?

As you know, I pilfered the character of Dick Swiveller from ‘The Old Curiosity Shop’ by Charles Dickens. I was around 9 when I first encountered Dickens and I continue to reread him to this day. No writer aside from Mark Twain or Henry Miller depicts human beings more accurately or more hilariously. Dickens is a writer of anger. He regularly lampoons the sanctimonious politicians of his day (and, by extension, ours) the unscrupulous entrepreneurs, the hypocritical clergy and all manner of frauds and quacks. He’s also a master of mood, of night and shadows. Dark swirls of mist and fog obscure, if not obliterate the stultifying horrors of dominant power paradigms. They free the mind and release the imagination, much like the poetry of Blake, or the literary experiments of Burroughs and Joyce. After 35 years of regularly reading at ‘Finnegans Wake’, I still hardly understand a word of it. Yet it’s always the book I turn to when I’m depressed, fucked up, suicidal. All it takes is a few pages and my perceptions are utterly scrambled and rearranged and I begin to relax, to breathe deeper. I guess in that respect the work is closer to music than literature. In any case, that destruction and reordering of the elements of reality, however it is done, is what art is all about.

Author of the Month: Eliot Hudson

"The first book I ever read was Alice in Wonderland, and the surreal has taken captive of my imagination ever...