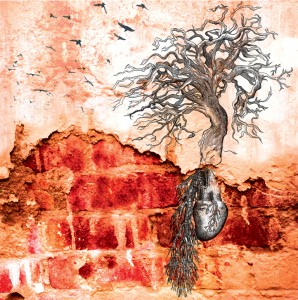 Maguayan is the god of light

and creator of the world.

All year, it blooms and bears fruit,

Its branches stretching to the sky.

Everything in it, they say, can cure any illness.

An upset soul once thought he should dare

Climb to its crown, but midway up,

It bristled thousands of thorns.

A merchant had set his heart to pick

A bloom.  The climb was smooth:

When he reached to pluck one,

Its leaves whorled into knives.

Sun on his head, a little boy visited it

Begging for a fruit:

It grew branches from the ground

All year it bears fruit, blooms again. With each

“Experience has taught us that the middling people are more desperate. They are more likely to believe my Mammy on the telephone and then later, at their front door in a dirty t-shirt. They are easier to destroy than the very rich.” By Jan Carson.

A Letter From Dhaka