In which the writer argues films, however refined a medium, cannot (and never will) hold a candle to the novels upon which they are based.

“Film is visual brevity…if the novel is a poem, the film is a telegram.” Michael Hastings 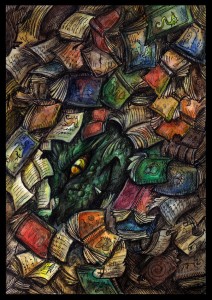 We seem to be moving backwards, don’t we? And no, I’m not referring to a cultural dissonance often reiterated with regards to Pakistan and religious extremism but of our newfound global romance with antiquity. Over the years, it appears that the faster the world moves forward, the more people long for the romance and nostalgia of the past. And who’s to truly say, there was any ‘real’ romance to be had in the time of Austen and Dickens, of Tolstoy and Fitzgerald, except for the numinous that has persisted like a stubborn welt in our collective consciousness. The tireless devotion to the classics appears to have been rekindled with a new spate of screen adaptations of beloved works like Anna Karenina, Les Miserables, The Great Gatsby, Jane Eyre and Wuthering Heights in the last few years alone. There are many byways of approaching this trend and naturally there are pros and cons aplenty involved with adapting a beloved classic novel on screen. All these points aside for the moment, what is interesting about a resurgence of classical literature being put on silicon is the timing. Could it possibly be that people are tiring of epic battle sequences featuring blue alien races that follow a shoddy plotline but deliver enough prudently placed pithy one-liners to satisfy a mass audience, or are these attempts on the part of the film industry to breed a more discerning audience? Then again it could be pure coincidence, considering that it is nearly impossible to decide whether it is good taste that prompts a good story or the other way around.

Truth be told, I tend to enjoy a great period drama better than most but the limitations of film versus literature are not lost on me. Especially when sets and costumes seem to take overwhelming precedence over scripts and casting. The problems with treating classic novels like Pride and Prejudice for the screen, remain with characterizations. If one happens not to like the casting lead for Mr. Darcy, for example, the entire story falls apart given that a reader’s love of the novel tends to center around a single character. Nowhere is this better demonstrated than pitting the BBC’s 1995 production of Austen’s classic against the 2005 travesty. Colin Firth, as Darcy had nearly a decade to infiltrate the conscience and many a wet dream of Austen fans before Matthew Macfadyen disastrously tried to fill the same shoes and fall terribly short. William Costanzo, in his book Reading the Movies observes the major difference between books and film as being one where “visual images stimulate our perceptions directly, while written words can do this indirectly”. Reading the word ‘boot’ requires a kind of mental “translation” that viewing a picture of a boot does not. Film is a much more sensory experience than reading and besides verbal language, there is also color, movement and sound. Still, film remains limited in terms of scope and imagination. It can only convey one perception of each character as translated by the actor; literature allows the reader to play actor, director, producer, set designer and most importantly, the casting director.

Another major problem with film adaptations that attempt to recapture a classic novel is the dilemma of ‘loyalty’. The expression ‘faithful to the book’ is often bandied about and I personally believe this to be a useless tradition. Oddly enough, I feel that most films that desperately attempt to cling to the slightest detail in a novel fall shortest off the mark because the task is both herculean and generally fruitless, with the possible exceptions of the Lord of the Rings trilogy and most BBC adaptations of British classics. If anything, a film can only ever provide someone else’s interpretation of a great novel, which isn’t necessarily a bad thing but this also means that it then has the freedom ‘not’ to try and live up to a reader’s expectations. George Bluestone, one of the first to study film adaptations of literature believes the filmmaker serves as an independent artist, “not a translator for an established author, but a new author in his own right.” This is perhaps the best approach when adapting a classic on screen because it avoids the obvious pitfalls of catering to the expectations of a long-established readership. That said, no filmmaker can ever truly deny the debt they owe the novel as it is the title that generally draws an audience to the theatre not the director or actors’ gifts, extraordinary as those may be.

“The sun was always moving/ from one sky to another.// Do you understand?” Poem of the Week (October 8), by Patricia Hale.