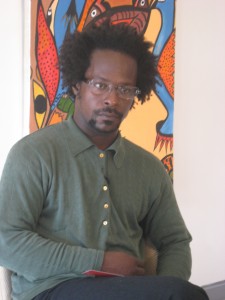 Which contemporary St. Lucian writers and artists do you feel deserve a wider audience? Are there are any Kwéyòl poems you’d like to see translated into English?

Artists like Gary Butte certainly; a young, very talented sculptor whose work has been on show in China named Jallim Eudovic; another painter, Kenneth Lawrence among many others. As to writers, I would mention Kendel Hippolyte, his wife Jane King, the younger Vladimir Lucien who should have a first collection published in the UK in 2014, McDonald Dixon an older writer, Adrian Augier. The main Kwéyòl writer poet is George ‘Fish’ Alphonse, also a fine actor who specialises in one man shows using his poems. His work deserves wider exposure and translation. There is a younger Kwéyòl poet called Marcian Jn Pierre whose work could bear translation and exposure.  Of course the work of many of our writers deserves translation into other languages, not only Western languages. I think the rural nature of our islands even with their modern small towns, would resonate with other rural cultures in the Eastern part of the world.

Do you think the rise of new technology is helping to dissolve borders for artists from smaller communities? Has the internet made it easier for writers from St. Lucia to reach a worldwide audience, or is it naïve to assume that ‘making it new’ automatically leads to progress?

Certainly the new technology has already dissolved borders for everyone including artists from smaller communities. Social media with its facebooks and blogs and online magazines and accompanying hardware, has meant that writers and artists can send their work to any part of the world, at any time. More writers in St. Lucia and the Caribbean are using non-traditional publishing sources to get their work out. Of course this means that there needs to be good valid criticism to separate the good from the indifferent. So we need to see the development of good online critics who gain wide respect. They probably are already there, but there is so much, you can miss a lot of significant work. And yes, the new does not automatically mean ‘progress’, since there is also a lot of negative and bad stuff happening through social media and the internet. But today’s writers and artists must be aware of and use the positive advantages of the new media.

Where does your own journey take you next? What do you think has been the most radical change in your poetry since your early collections?

I really don’t know where next. My personal philosophy, in a way, is to live a day at a time. Which does not mean that I don’t plan or think ahead. But I try to be open to the opportunities and possibilities waiting around the corner.

Radical change in my poetry? My poems have become more deeply poems of my Christian faith as seen through my St. Lucian and Caribbean culture, a kind of incarnational, sacramental experiencing. I have learned much from many poets especially my own countryman Derek Walcott. I try for truth, beauty and harmony (those old essential verities) in my work, weaving images and language around the themes and ideas with what I hope is a maturing skill. I think there should be beauty in poetry, even though the subject may be grim. And I have been working quite a bit with images —art, and photographs (many of my own) — which could also be seen as a radical development for me. ‘After Gary Butte’ comes out of that exploration with images. 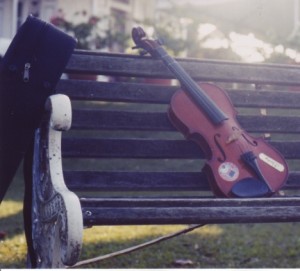 Nothing depresses so much as when, caught

suddenly unawares, the heart and memory

in a remembered glance or touch that sought

to ease that very hurt.  And when, in vain

later, one tries to fill some emptiness

with some moment that the heart should leave to

memory, nothing depresses so much. 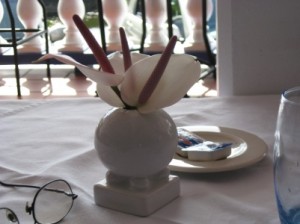 we return, never the same point,

but a familiar conjunction,

from the hours’ spiraling edge, I call you

to mind, to heart, to touch ghosts

in the stairwell, serious roots thrusting

us around today, tomorrow

another spiral turning up the past.

All poems and photographs in this interview © John Robert Lee.

This is the kind of town where you could be sitting in a restaurant, concentrating on your noodle soup, and suddenly notice across the room a man with the face of Harrison Ford, calmly eating lunch with his ordinary wife…

"When my sister and I were eggs/ and my mother walked to the store/ it rained milk." Poem of the...