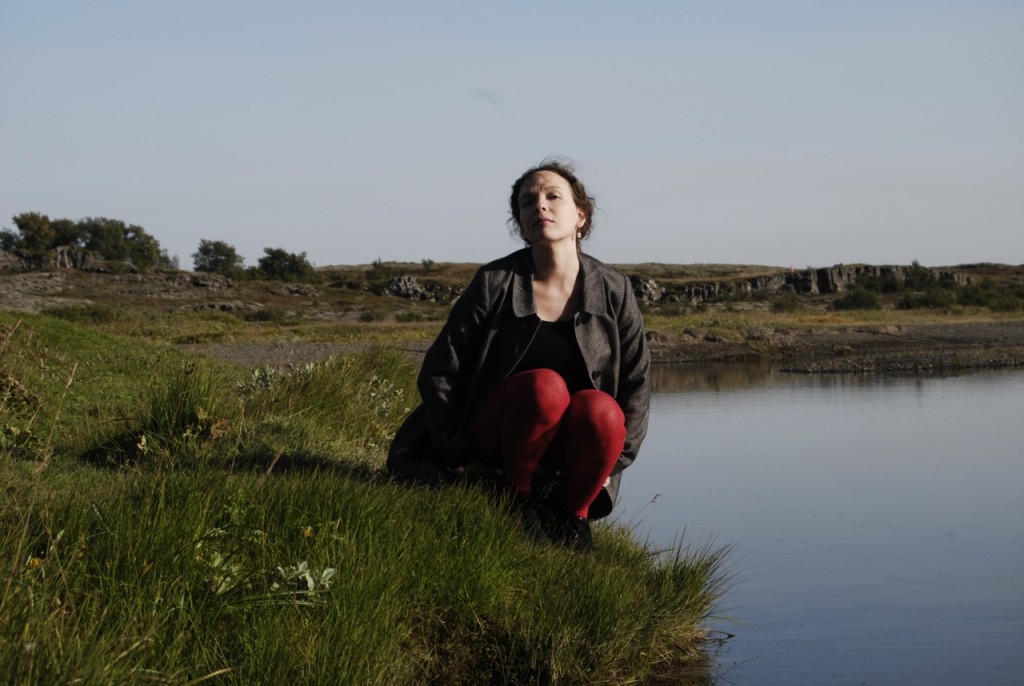 Icelandic writer Guðrún Eva Mínervudóttir is The Missing Slate’s Author of the Month for November. In this interview, she talks to Marcus Nicholls about the evolution of her characters, the process of translation, and the influence of landscapes on literature.

Click here to read an excerpt from Guðrún Eva Mínervudóttir’s novel, ‘The Creator’, our Story of the Month.

How do you feel when reading a translation of your work? Does it still feel like your story, or more akin to a photograph somebody has taken of you without you knowing — a detached, alternate self, slightly uncanny? Did you have much contact with Sarah Bowen?

I had a very good working relationship with Sarah Bowen, going through each chapter and discussing difficult spots. I think she is an excellent translator, translating not only the bare meaning but also the atmosphere and style. So when I read her translation it still feels very much like my story. I know that this is only the case because of the quality of her work.

When you translate foreign authors’ works, do you look more for fidelity to the language used, or do you feel it is more important to translate meaning before attempting any mirroring of style?

I am all for style and atmosphere, making the text flow naturally, as if it had been written in Icelandic. The exact meaning is of course important, but not as important as the overall meaning and quality.

What came to you first, Sveinn or his dolls? Do you feel your characters evolve organically, in that model of becoming somebody outside of the author’s control, or do you pursue a more scientific approach, building them from disparate parts like architecture?

The dolls came to me in the form of an article in Marie Claire, no less. It was about a doll maker in LA and some of his assistants and clients. The level of loneliness required for someone to want to have a doll for a partner seemed to me very poetic and in itself a kind of literature. My characters evolve very naturally but of course they are based on something. Sometimes I think they are built from parts of people I know, but sometimes I think they live ready-made in my psyche, the way Jung described our personality — that it is made up of hundreds of people, like a huge theatre. Sveinn does not really have a thing for the dolls, so he could really be making anything, cuckoo clocks, violins, novels. His approach to his work reminds me in many ways of my own.

Do you see your writing as situated within an Icelandic canon, or a distinctly European context, or do you perhaps see those associations as projected from outside, breaking into and infusing an originally personal and hermetic work?

This is a very good question and I am afraid I can’t really answer it with any confidence. I see myself as a citizen of the world (I mistyped it as “citizen of the word” just now, and perhaps that comes closest to what I am trying to say), writing for an imagined audience which is as worldly as possible. But it is highly probable that I am only kidding myself and that I am just an offspring of Icelandic culture and a wannabe cosmopolitan. I hate the idea of being provincial but I don’t know if that is what I am.

Do you feel that the landscapes of a country define the literature of that place, to some extent? That, like evolutionary adaptations, works of fiction take on tropes and atmospheres that deal with and express the natural aesthetics of the country of origin, just as much as, say, the political climate and social history of that nation? Would you say that your works are built upon foundations that emerge from the particular nature of Iceland?

Landscape must define its literature and its people, to some extent. I say “its”, as though the landscape owns the people and culture that thrive on it, and I believe this very much to be the case. In fact, I think we are so inseparable from the landscape that owns us that it can be difficult to see how it affects us. On this little island we are made out of sea and mountains and I cannot imagine how life would be without their constant presence. But thinking of landscape also makes me think about the weather, and what I do see clearly is the effect of weather on my writing. For instance, I cannot imagine writing anything without mentioning the wind. The wind is, and must be, one of the characters in any story that springs from here.

Marcus Nicholls is a film critic for the magazine.

"Then the boy’s voice, rough-edged, moving into wailing. This came into the man’s guts, it seemed." As part of a...