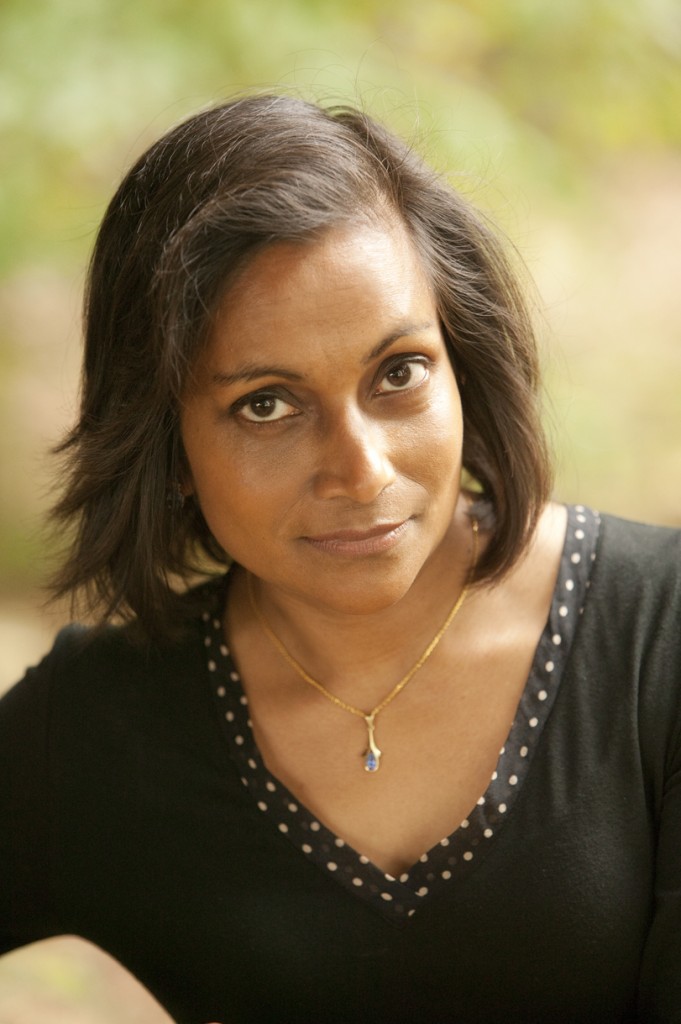 Minoli Salgado, The Missing Slate’s Author of the Month for December, talks to Isra Ansari about voicing Sri Lanka’s ‘silenced’ stories, the rise of ‘South Asian’ literature, and how writing felt like the only way to respond to the horrors of Sri Lanka’s civil war.

Click here to read ‘The Breach’, our Story of the Month.

In both ‘The Breach’ and your novel, ‘A Little Dust on the Eyes’, not only do you write specifically about Sri Lankan culture, your characters are predominantly female. You have also said that one of your abiding concerns is to give voice to some of the ‘silenced’ stories from Sri Lanka. Why do you use women to voice these unheard narratives?

I don’t consciously choose to use women characters to articulate the silences I write about. In my novel and stories such as ‘Releasing Marius’ and ‘The Map’, men are also silent or silenced in various ways. But your question makes me aware that the silence of women might  well  be different from the silence of men. There are social expectations that reinforce the notion that women should not speak out at times when men might. Perhaps being raised, at least in part, in South Asia, I am very conscious of this.  In this sense, silence is gendered and women and girls have more to overcome.  I am interested in this experience where speaking out is not simply a dangerous act, but a self-reclamation of sorts.

Sumana, your protagonist in ‘The Breach’, and her mother prepare to flee the bomb ridden area; the passage is intense and in its brevity captures desperation, fear and the will to survive. Where do you gather the inspiration to write about war and loss so captivatingly, portraying it vividly as if you were there yourself?

I wrote ‘The Breach’ in 2009, in the final stages of the civil war. This was a time when thousands of civilians were trapped in the tragically-misnamed No Fire Zone.  In military terms, it was a state of siege, as civilians were caught in the crossfire between the Sri Lankan army and the LTTE. There were brief ceasefires, which allowed some to get to safety on the government side, but many could not leave – some were held as human shields – and the exact details of what followed are the subject of dispute as we speak.

Like many diasporic Sri Lankans, I followed the media coverage at the time, especially  the TV reports that came almost daily from Channel Four. The news coverage abroad, here in the UK, was very different from that in the country. It was graphic, disturbing and very painful to watch. What was obvious to me at the time – and would have been obvious to anyone watching – was that this was a human story, a tragedy that need not play out the way it did.  While politicians dithered and dissembled, the killing carried on. I wrote this story then – writing was the only way I felt I could respond at the time. It was a way of wresting the human story from the competing versions of reality emerging from the war.

How significant are the influences of environment and history on your characters and their development in your stories?

That sounds a bit like an essay title!  I think it’s probably best answered by readers. Time and place are crucial factors for all writers of course.

The difficulty is not so much in getting South Asian literature recognized, but finding a space for it in the market that doesn’t compromise its literary integrity by putting exclusive value on its cultural status
Do you believe that the publishing world is, in any way, biased in favour of ‘Western’ authors? Does South Asian literature get the recognition it deserves?

The publishing world is a very big place and it’s expanding as we speak. Globalisation and the digital age have changed things a lot. Though recognition may still be played out through metropolitan circuits, things have opened up. When I began writing, South Asian writers in English, both diasporic and national, were beginning to make their mark in Western universities. They were initially labeled as such but things have changed as many of them, most notably Rushdie, but many others too, have transformed the literary landscape. Writers can now be recognized as international writers who happen to come from South Asia.  And this wealth of talent continues to grow.  I think the difficulty is not so much in getting South Asian literature recognized, but finding a space for it in the market that doesn’t compromise its literary integrity by putting exclusive value on its cultural status as ‘South Asian’.

We could talk at length about writing techniques, the role of women in South Asian literature, numerous other topics… but I’m sure our readers would be interested to know which authors have inspired you and been there throughout your growth as a writer and person. Who would be on your essential reading list?

Ah, reading lists. I must admit I have a lot of those. There are writers I read for pleasure, writers I read to learn from, writers I read because they teach us about how literature has evolved and developed in ways that have brought us to where we are, writers I read because they have been recommended to me by friends. When I was a teenager I was addicted to nineteenth-century realist novels, then, at university, I lost and found myself in contemporary writing and postcolonial literature. So it is difficult to put together an essential reading list, as it were, because I read very widely and for different reasons. Having said that, I do have an abiding preference for beautifully written, historical novels with an epic reach, and for lyrical poetry that carries me into other worlds and selves.

Minoli Salgado’s novel ‘A Little Dust on the Eyes’ is due to be published by Peepal Tree Press later this year.

Isra Ansari is an assistant fiction editor for the magazine.

“It’s important our works are read beyond the wreckages of where we come from…”
Nathalie Handal, The Missing Slate’s Poet of the Month, talks to Pratyusha Prakash.