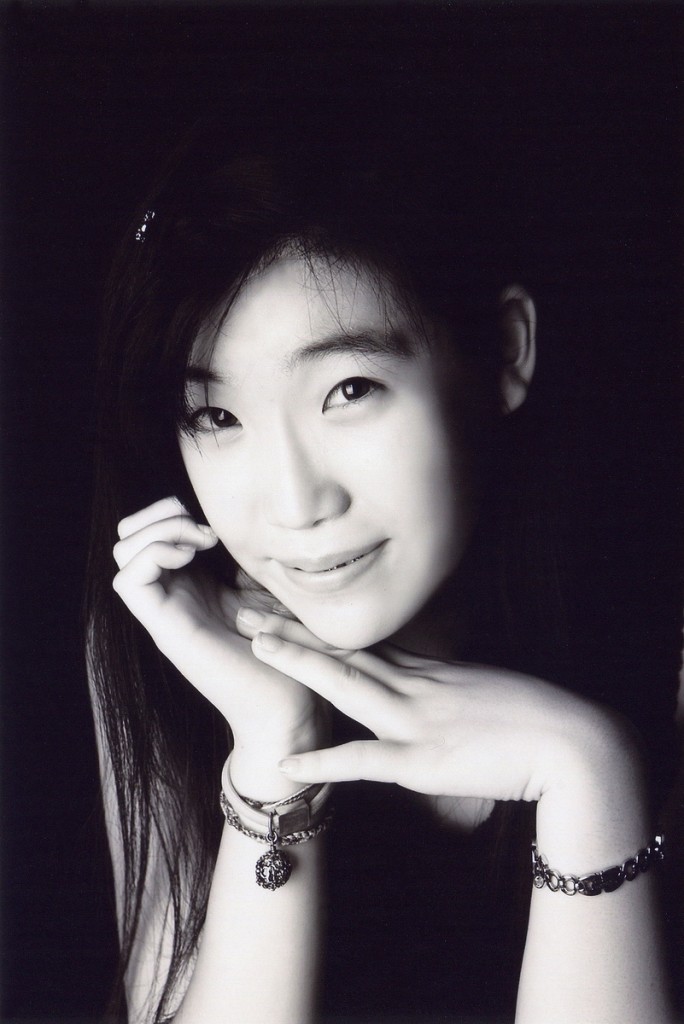 Madeleine Lee, “a high school junior living in sunny, debt-ridden California”, is our youngest Author of the Month since our interview series began last summer. Here, she talks to Sauleha Kamal about wanting “to capture the psyche of insanity”, the stigma surrounding depression and mental health issues, and writing under the influence of Hemingway.

Your story has a very dark, almost gothic quality to it. What was your inspiration for ‘Happy’?

I actually didn’t intend for ‘Happy’ to be such a dark story, at first. I wrote the first line which came to my head, and it was, in fact, “Deborah Rancoff was dead.” As I wrote more, I realized I wanted to capture the psyche of insanity. In our world, mothers have come to represent the epitome of love and stability. My mother is probably the kindest, most loving person I know! By warping the mother in ‘Happy’ into a sadist, I thought I’d capture one of life’s more twisted side-effects—the unpleasant underbelly of society,

Depression is a major theme in ‘Happy’. What measures do you think we, as a society, can take to alleviate depression? Do you think we can ever rid mental illness of its social stigma?

Depression, I feel, springs from isolation. It doesn’t matter if you are surrounded by people every day—it’s a gnawing feeling of utter solitude wherever you are, and it’s one of the most serious illnesses our world faces today. I’m no expert in depression, but as a society, I feel like we should stop our busy lives every once in a while and just appreciate each other. Depression has existed for as long as humans have, but I feel like, these days, we are even more susceptible to it. Our mobile devices are very convenient, but quite often, they isolate us from real human interaction.

We feel obligated to hide ourselves, and in general we’re just plain cruel to each other. Tolerance, acceptance, and empathy, I think, are key to battling depression. As for mental illness and its social stigma, I do not think this will ever disappear. People fear the different and the unknown. Ignorance breeds this. We can take steps to make people more aware of mental illness, but I doubt we will ever vanquish the stigma surrounding it.

Recently, I’ve been devouring Hemingway, so my writing style has followed suit.
Your description of the town is successful because it subverts expectations. You write, “It was a town for waiting, for staying behind and watching grandfathers grow old.” Could you elaborate on the idea of watching old people grow older rather than young people growing old and how that idea shifts the tone of your story?

I initially wrote “watching grandchildren grow old,” but it sounded too sweet and romantic for the story. Watching your grandchildren grow old together, surrounded by family in a small suburban town sounds quite quaint, actually. Grandfathers growing old, I felt, was much more fitting toward the town I was writing about. When elders grow old, it doesn’t just entail another candle on their birthday cake—it sounds as if they are growing closer to death. Young people growing old sounds like a story. Old people growing older sounds like a tedious record of days and days and more days, clinging desperately to life. It captured perfectly the monotony and stagnation of the town.

What are you working on now?

As far as long projects go, I’m working on a novel. Of course, I can never bring myself to finish my novels, but I’m hoping this one will last. It’s about an adrenaline junkie who goes to sleep one day and wakes up in the clouds—in a reverse world where the sky is green, and children fish for stars. It’s very abstract and contains quite a bit of magical realism; it’s not commercial at all, so it’ll never be published! Woohoo!

You deliberately reveal as little about the story as possible which adds a magical quality to your story. How did you develop this minimalistic style?

Why, thank you! I like to think I’m still growing as a writer, so I don’t think my writing style has solidified yet. A lot of times, I’ll find that, after reading an author that I admire, my writing unconsciously adapts certain elements of that writer’s style. Recently, I’ve been devouring Hemingway, so my writing style has followed suit. I adore the minimalistic way in which he writes, allowing the reader to fill in the gaps. It’s powerful, easy to read, and utterly magical.

Senior film critic Tom Nixon was surprised to find himself having fun with Denis Villeneuve's 'Enemy', and his double feels...