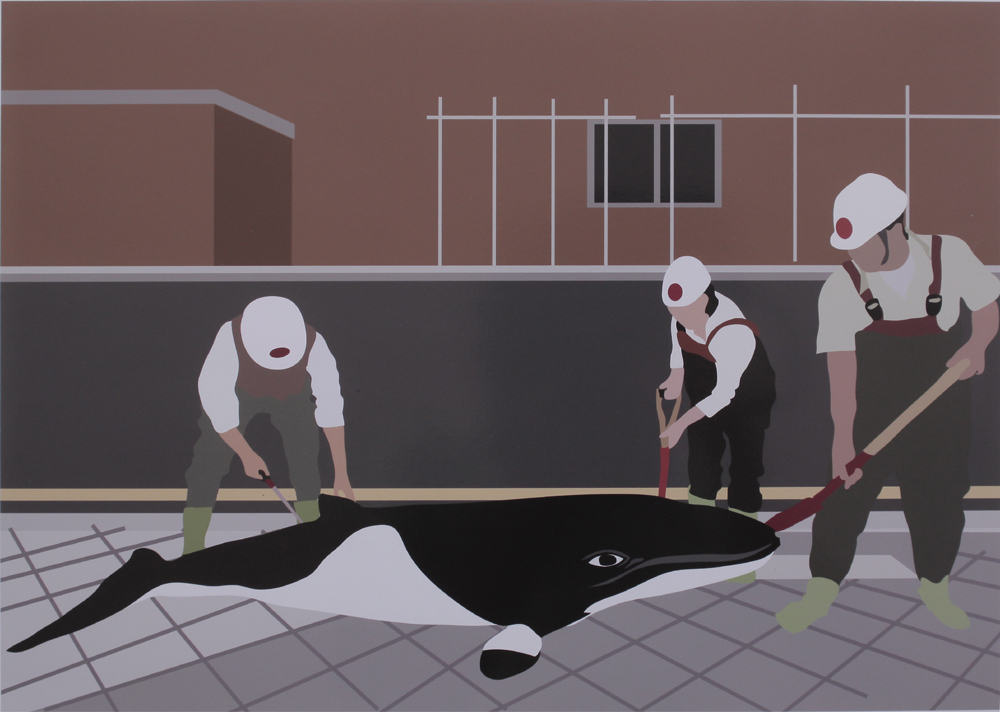 In my flat there’s a photo of a boat a little way out to sea.
Now it’s reclaimed land and sepia prints are the only proof
that fishermen ever returned to the one-storey shophouses
lining the sea front, and lit joss sticks in the sand.  That temple
sent the smoke of gratitude into the fickle dark to find some
warm ocean current, tasted by whoever, whatever, was listening.

Listen to the murmur of the fish-woman in the wet market
who speaks a dialect in which the word for thank you is a bow,
sincere and deep.  Ye Ling and I exchange a crisp note for a taut
trout, all muscle and lips, whose head we will makan tonight.

As we queue for grass jelly, I think of the market in Peckham
run by twelve cousins from the Punjab.  They cut and cleave
to the vibrato of an Indian pop star, work under the steady gaze of
six Ghanaian grandmothers looking for the most intelligent fish.
They ask for lemon with a squeeze of the hand – the man understands.
He crushes the pulp with expert fist, releasing the bits, tossing the pips,
and just for them he wraps it up still clinking with ice,
sees from her eyes that she’s satisfied, exchanging a tenner
for good fish, at a good price.  These guys from the land of five waters
work in this strip-lit lingua franca – head nod, wrist flick.

Here at West Coast Plaza, Ye Ling is pleased with his find.
In schoolbook English, he says bravo, pats his bag, looks ahead.
The haze of forest fires from Sumatra ignites behind the clouds.
The wind stops and we’re left breathing water as we hurry
to the bus stop.  The storm comes as it has always promised.
Two girls run across the road in flip-flops holding magazines
over their heads.  Ye Ling lights up.  We made it, he says.
~ Jay Bernard

Jay Bernard (@brrnrrd) is a writer and graphic designer. She was a winner of the Poetry Society’s Foyle Young Poets of the Year Award in 2005, and of the Respect Slam in 2004. In 2014, she won the Ink Sweat & Tears/Café Writers Poetry Pamphlet Commission. Her first pamphlet, ‘Your Sign is Cuckoo, Girl’ (tall-lighthouse) was published in 2008 and was a Poetry Book Society summer choice. Her second pamphlet, ‘English Breakfast’, is available from Math Paper Press.

‘The Language of Fish’ appears in ‘English Breakfast’, and is republished here with permission from the poet.

A full overview of The Missing Slate’s 2014 Poetry World Cup along with links to live matches.

Film critic Christine Jin writes on one of her favourite Korean films of the past few years.