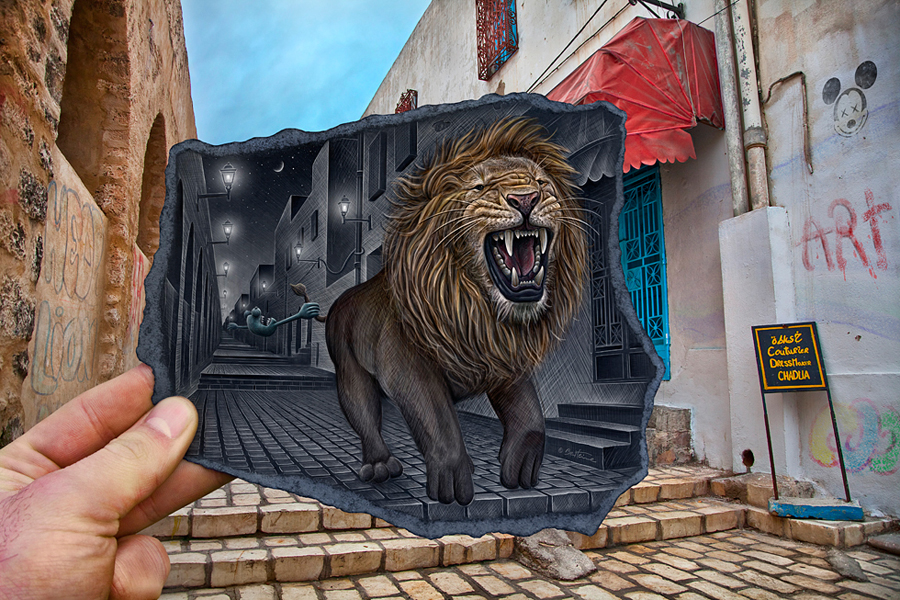 pencil vs camera #63, by Ben Heine

beastly rose
roped with acidic fury
a plinth of neck for the grand horror of his head, stretching
into the fang-house

that clatters and clatters
against this armoured morsel
this shock of Pangolin, fleshy stone, un-shuckable density
ripping his gums out

on the burnt
toffee chunks of the rough
lapped edges, pinching the roots of his teeth, bright
and bloody as pomegranates

his gape deflected.
Through all this, the Pangolin
is circumspect, could spend whole days tucked up
in the apse and arch

of its wandering
bunker body, since it knows
boredom to be an impenetrable coat, that the attention span
is the thing that bridles first.

James Coghill writes mostly about animals, but hopes he manages to do so in a socially responsible kind of way. He’s had poems published in Popshot, the Cadaverine, Ink, Sweat & Tears, and Verse Kraken, and has poems forthcoming in Fuselit and the Emma Press anthology of Homesickness and Exile.

“The very touch is the greatest of miracles because the very touch sends two marbles rolling such that they are one…” By Jaime Saenz, translated from Spanish by Ted Dodson.

Film critic Ben Hynes claims Nicholas Ray's 'Bigger Than Life' is "less a celebration of the ability of the individual...