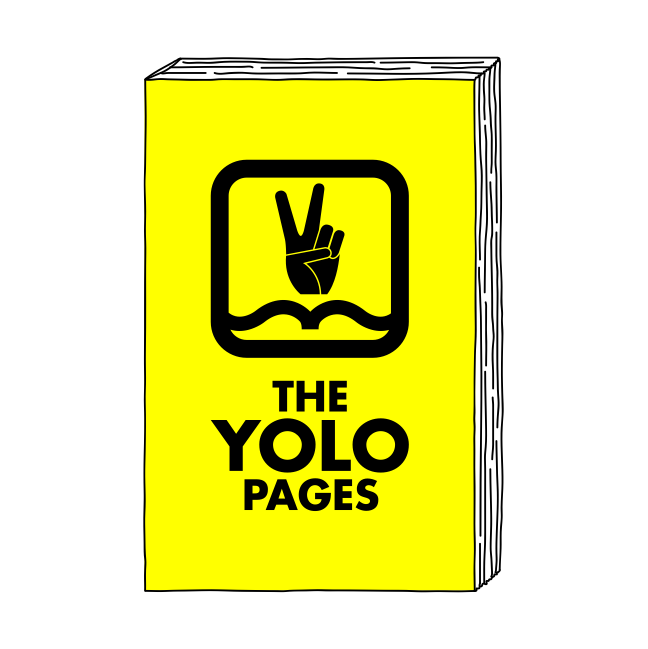 “a game-changer, without necessarily being the winner of its own game”: The YOLO pages

The vernacular is where the life is, and poetry begins in life. Sam Riviere writes: ‘Historically, any significant shift in poetry has been a shift ‘down’ – to the demotic, the current vernacular as experienced by readers’. This is the move that Dante made, and Chaucer; Coleridge, and Wordsworth; Frank O’ Hara in America and, in England, Larkin and Harrison. The turn of the final quarter of the twentieth century was to regional and international vernaculars, a hodgepodge potpourri of local Engli.

The key to the contemporary vernacular is that it is, in Charles Whalley’s phrase, a ‘textual vernacular’. Most of our communication at the moment is enacted through written rather than spoken word — text, email, facebook, etc — and the idiosyncrasies of our language are rooted in this. The slang is made up of acronymics and abbreviation; typos are cool; non-alphabetical characters (such as punctuation-formations) are unofficial additions to our language.

The vernacular is never the end in itself; it’s only where poetry begins.
That this textual vernacular is making its way into poetry can be seen in a new anthology – ‘The YOLO Pages’ – which collects a selection of poets, associated broadly with alt-lit. Alt-lit is best seen as an adjective, rather than as the name of a movement, a contemporary equivalent of calling something beatnik. Something feels alt-lit if, in its form, you would not feel surprised to see someone post it on Facebook or Twitter, though in content you would (because of its wit, creativity and invention – or else because of its unashamed vulgarity!). Compare this with another exciting 2014 anthology — ‘I Love Roses When They’re Past Their Best’, which occurs at the confluence between the digital world and existing Cambridge-influenced or Ashberian poetic styles. The poetry in ‘I Love Roses’ has a complexity that The YOLO Pages does not. This is because ‘The YOLO Pages’ is busy with announcing the discovery of a new vernacular, where ‘I Love Roses’ is trying incorporate that vernacular into something else. ‘The YOLO Pages’ work does not rely on past poetic forms: it proclaims the found forms of tweet, meme and Facebook status. It does not rely on past expectations of poetic language: it has found that language in the language-use on the internet. By resisting meeting the digital age with a strong existing poetic sensibility already in hand, alt-lit is able to present a vernacular that feels at home in digital space, indigenous as opposed to settled.

‘Yesbut, is this poetry?!’ might tip many of our tongues upon seeing the product, and it is fair that it does so: even though it is formally true that anything can be poetry, this is only boringly true. Anything can be poetry, but not anything is poetry at all times. For something to be considered as poetry, there needs to be an intellectual infrastructure of justifications in place that enables us to perceive the poetic in it (we always already consider the old poetry as poetry because we inherit the old justifications for seeing it as poetry).

This is why ‘The YOLO Pages’ — and the alt-lit trend in general — is important. The first poetic users of a vernacular are engaged less in high craft than in an unexpected imaginative act, a sudden apperception of the most poetic in what was thought of as the most mundane. Regardless of the quality of the collection, it raises consciousness to possibilities that are around us but ignored. It is a game-changer, without necessarily being the winner of its own game (which is not to deny its quality, just to be frank about my inability or hesitancy to judge). Like the reviewer in the TLS wrote in 1917, commenting on the unexpected anthologies of Imagism in the 1910s, we can say that this poetry ‘fills us with hope; even when it is not very good in itself, it seems to promise a form in which very good poetry could be written’.

"We are always just this side/ of catastrophe, slightly shattered/ and taped whole by the love/ of those we do...