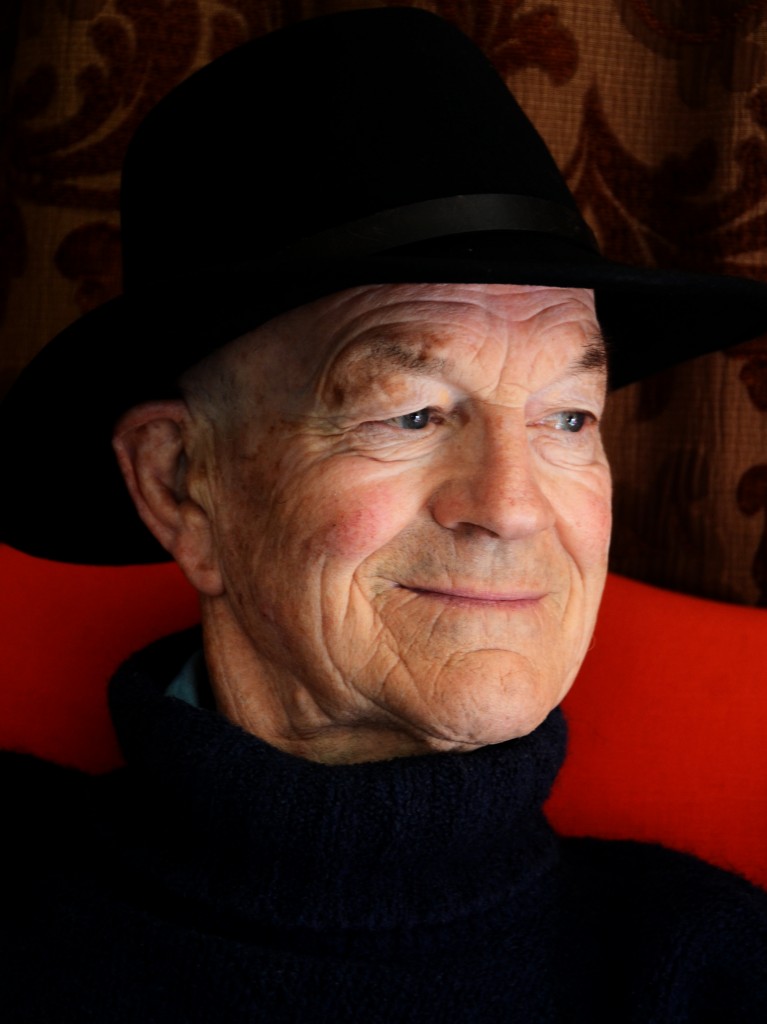 Hubert Moore, our Poet of the Month for August, has published eight collections of his own work while simultaneously standing out as a tireless advocate for the work of others. In conversation with Camille Ralphs, he discusses his work as a writing mentor to survivors of torture, the importance of guarding against ‘glibness’ in a translation, and the reason why ‘In the UK, as things stand, poetry is too weak to bring change in the world’ .

For 9 years, you worked as a writing mentor with Freedom from Torture’s ‘Write-to-Life’ group, helping survivors of torture to use writing to come to terms with their experiences.  How did you become involved with the group?  What effect did your involvement have on your own writing?

I think it was my own grief when my late wife died in 2001 that sent me to the Medical Foundation. I knew little about it but my wife had recently discovered it and was enthusiastic in her support of it. So I visited the place, found Write-to-Life and knew immediately that it was where I wanted to be, though I had no idea then that it would be important for my writing. Involvement came gradually and always on the strict understanding with myself that the experience survivors of torture had gone through was not mine and would always be beyond me.

In an article for Modern Poetry in Translation, you wrote (on your work with the group) that because the experience of a torture victim is “far removed from the experience of most English readers… the language must be unfamiliar if it is to do the experience justice.”  How did you go about defamiliarising English in your translations?  By inclusion of words not usually found in the language, by use of non-standard syntax, or by some other method entirely?

Perhaps the cause of weakness is that poetry in the UK is a mildly approved pastime, a tree with an open sky to grow into and no need to twist to find the light.
In translating I don’t have a particular method of de-familiarising. I use standard syntax and ordinary language. What I am most on my guard against is glibness. The ease with which we say and understand ‘scraping a living’, for instance, completely misses the hardness of the experience. The only occasion I could use the phrase would be if the scraping was literally scraping, as in ‘Unemployed’, a poem I translated from Farsi which appeared in Modern Poetry in Translation.

Juxtaposition can also de-familiarise. In poems and sometimes in translation I frequently bring two quite unrelated subjects together (bird-calls, for instance, and solitary confinement). What is easily said about bird-calls can acquire an unfamiliar edge in such company.

From the same article: “The very act of writing is… an act of self-healing.”  Would you say writing – or the act of writing, at least – is cathartic, then?

It seems to me that writing can be cathartic. I have known many people experience relief from pain and the memory of pain through writing. I wrote in a recent poem (‘Escaping back’): ‘Somehow you coaxed that thing / up to a crack of light, allowed it / to have happened, spoke it, wrote it.’ This act of healing seems to entail describing, naming, spelling out, enclosing in a structure, for pain to begin to lose its power over a person.

You have also described writing as “a sort of restorative justice: an act of survival.”  For me, this very faintly recalls a few lines by W.H. Auden: “For poetry makes nothing happen: It survives /… a way of happening, a mouth.” (‘In Memory of W.B. Yeats’)  Do you agree with this at all, or do you think that poetry can create actual change in the world outside the individual?

In the UK, as things stand, poetry is too weak to bring change in the world. It can do wonders for individuals, encouraging, inspiring and enabling us, as Heaney says, to be ‘forwarded within ourselves.’ Public poetry readings, though, are for the most part very thinly attended, in sharp contrast, I am told, to readings in parts of the Middle East. Perhaps the cause of weakness is that poetry in the UK is a mildly approved pastime, a tree with an open sky to grow into and no need to twist to find the light.

Your poems do not always take the same approach and tone.  Apart from poems like ‘The making of newcomers’, you have also written pieces about more (seemingly) everyday subjects, including cricket.  Is this to draw a contrast between experiences?  Or is it down to a fascination with the curious as found in the mundane?

No, it’s not to draw a contrast that I write about everyday things. Except perhaps in deciding on the order in which poems are best presented in a book or reading, I don’t think about contrast at all. For me there is no difference. I write about people and everyday things because I love them: I love cricket and trees and trains, and the torture-survivors that I have mentored are the greatest people I have known. I want to honour them with writing.

“He was one of the first American prisoners of war I saw… His legs were messed up badly from one of our hand-made mines. A piece of metal was still lodged in his head.” Story of the Week (April 4), by Khanh Ha.