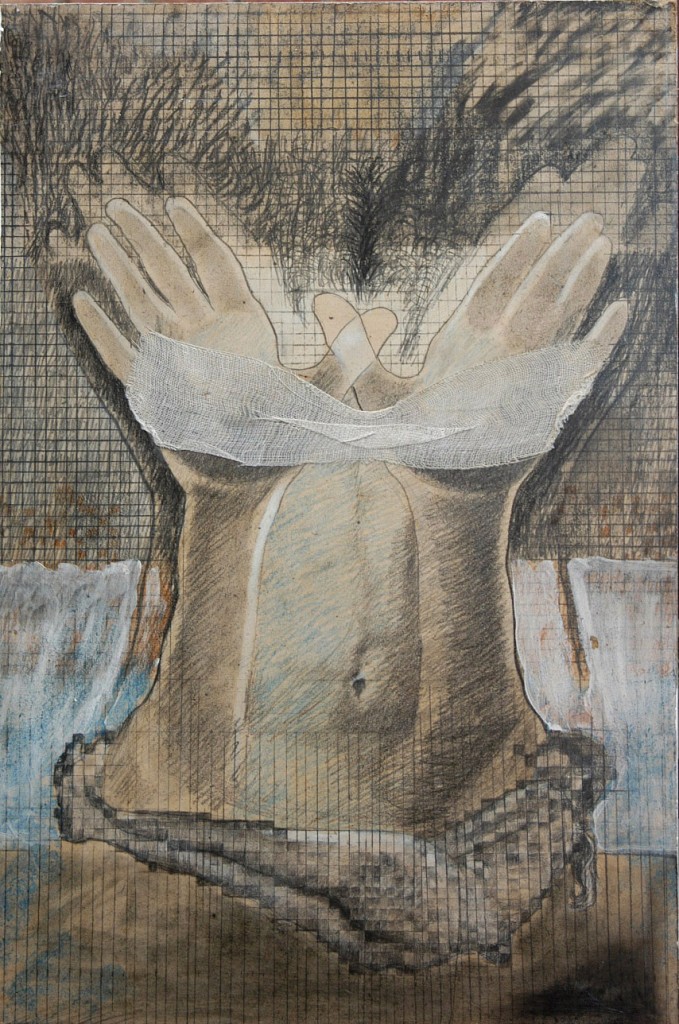 Sexism and censorship in organised religion

“Muhammad my friend
it’s time to tell the world
we both know it was a girl
back in Bethlehem.”
~ Tori Amos

I still have difficulty owning up to the immense impact Tori Amos’ music had over my adolescence. Tori fans have a bad reputation: “This is more depressing than a Tori Amos cover band,” quips Big Boo in Orange is the New Black, of a party some of the inmates are throwing. My Church of England school saw no problem playing ‘Blurred Lines’ at the leavers’ prom, but I somehow doubt her harrowing a cappella account of rape, ‘Me and a Gun’, would have been met with the same enthusiasm, despite the arguably similar subject matter.

People lose their faith for a lot of different reasons, but it was her music that, I felt, gave me permission to think critically about the belief system I’d been raised in. It was through songs like ‘God’ and ‘Pancake’ that I started to think about religion and feminism, religion and sexuality: those questions that, as a nice Christian girl, you’re supposed to gloss over (just as I intend to gloss over everything she’s released since 2005 — there’s enough suffering in the world). Or else you discuss it in a safe, monitored environment under well-meaning mentors determined to lead you to the right answer. ‘Is the Bible sexist?’ pondered a poster in the sixth-form centre, hoping to entice at least a couple of people along to that week’s lunchtime discussion group. For the record:

I have a great deal of respect for women who can grapple with these questions and emerge with a kind of spirituality that doesn’t consign them to a second-class existence or pigeonhole them based on their sexual behaviour. Belief in a higher power is a very different subject and it’s not the one I deal with in my poem sequence ‘God & Friends’, which was published on The Missing Slate a couple of weeks ago. What interests me is how religion influences society and vice versa; the way in which it is used to police how we view ourselves and others. In ‘The Marys’ I wanted to explore the virgin/whore dichotomy embodied through Mary the mother of God and Mary Magdalene:

“Mary is an exemplar of inner beauty:
her eyes are lopsided. She is gawky and ugly.

Mary, however, is profane, and wears
her clouds and clouds of perfumed hair…”

By the Victorian era, ‘Magdalen’ had become a byword for a reformed prostitute, despite there being no indication in the Bible that the original Magdalene was any such thing. Conversely, the Virgin Mary embodies the two traits most valued in women by the Church, virginity and motherhood: a standard we have been consistently failing to live up to for the past two millennia. The Catholic Church likes to come up with conspiracy theories that keep her a virgin even after Jesus’ birth — they don’t really bear repeating.

What I’m trying to illustrate is that for something so ostensibly dogmatic, Christianity is very much a vehicle for interpretation. Here’s another interpretation, from Amos’ deeply weird semi-autobiography ‘Piece By Piece’:

“At nineteen years old I look up at my mom and with exasperation say, “Ma, I got no problem with Jesus, okay? Always dug the guy—still do. Do you really think the Magdalene would have entertained the idea of them as an item if he weren’t for women’s rights and equality in the workplace?””

If the Church had adopted this as official doctrine, the world would be a much better place. But it is an interpretation nonetheless. As the historian A.N. Wilson writes in the opening paragraph to his book ‘Jesus’:

“The Jesus of History and the Christ of Faith are two separate beings, with very different stories. It is difficult enough to reconstruct the first, and in the attempt we are likely to do irreparable harm to the second.”

Given that he is probably the most culturally influential figure in the world, we have staggeringly little information on the life of Jesus. And the information we do have has been reinterpreted, twisted, ignored so often as to create a whole pantheon of Jesuses for every conceivable purpose, each bearing less and less resemblance to the ‘real’ Jesus — whoever that is.

The Jesus I wanted to depict in ‘The Messiah’ is the one dangled over the heads of Christian women as the ‘perfect man’. Because we’re encouraged to view ourselves in terms of our relationships with men, and because men are one step closer to God on the Chain of Being (“He for God only, she for God in him,” as Milton describes the creation of Adam and Eve), Jesus becomes the ultimate, unattainable example of masculinity. It is not possible for us to emulate him, as men should; instead we can only desire him.

"The happy hours pass quickly by, the bitter/ ones pass slowly. Still, they are the same." Poem of the Week...