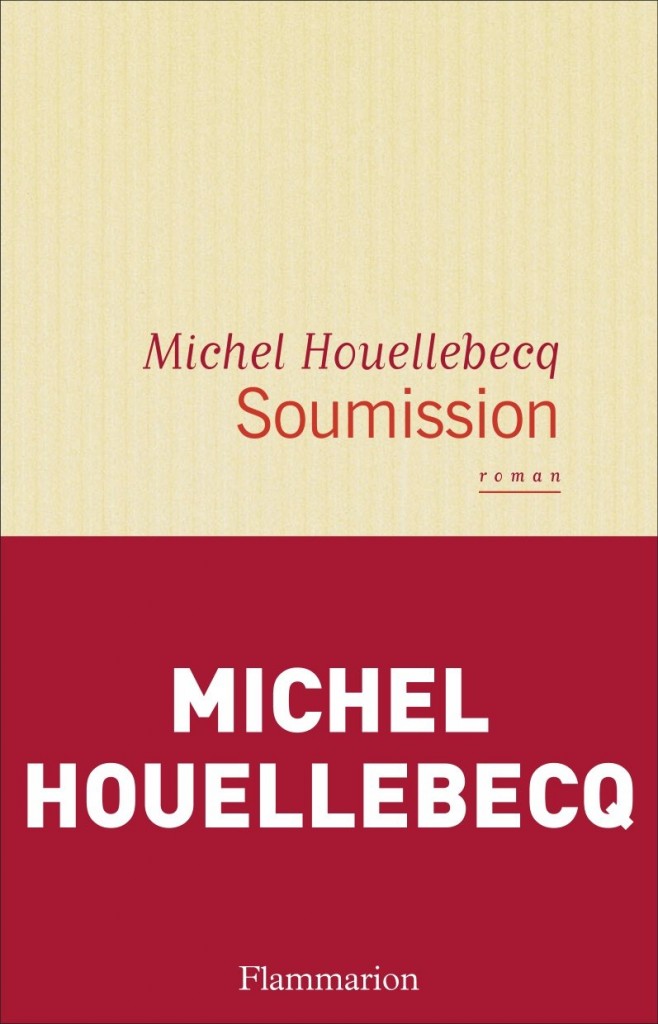 Two days after the Charlie Hebdo shooting at the beginning of this year, I was walking around one of the biggest malls in Paris trying to find a copy of the latest book by the author who was featured on Charlie Hebdo’s front page the day of the attack. Paris felt eerie. Heavily armed military police were patrolling public places, train stations, shopping malls, major boulevards; a warning was sent out to stay away from busy metro stations and nobody quite knew how to deal with all of the news items coming in. Twelve dead, eleven injured at Charlie Hebdo. The following day a gunman shot a police officer and took hostages at a kosher supermarket near Porte de Vincennes. The book I had been looking for, Michel Houellebecq’s ‘Submission’ , had sparked plenty of attention prior to its release. Debates on Islamophobia in France had been ongoing in the media. Wherever I looked, ‘Submission’ was completely sold out. Last month, the English translation was published, proudly proclaiming its status as an “international best seller”.

‘Submission’ takes place in Houellebecq’s version of a futuristic France. The year is 2022 and, in response to the unpopular socialist rule of François Hollande, France has polarized into radicalism: a far-right pro-European and anti-immigration movement, the “identitarians”, rapidly gain popularity among young French intellectuals. Their only serious rivals for political power are the “Muslim Fraternity”, led by the youthful, charismatic and competent “Ben Abbes”. Abbes wins the election and begins to reform of France into a society governed by the rules of the Qu’ran. Women gradually disappear from public institutions and are relegated to their households;  skirts and neck-lines seem to cover incrementally more and more skin.

Houellebecq’s previous work suggests that he is an intelligent, if not very likeable, author. His style is crisp, bold, and economical with a touch of cynicism, all features I enjoy. Some of his previous novels are highly acclaimed: ‘The Map and the Territory’ won him the renowned Prix Goncourt, while ‘Atomised’ received the International IMPAC Award. ‘Submission’ however seems to have been written out of a similar motivation as ‘He’s Back’, by Timur Vermes, the German bestseller of 2012 about the return of Hitler as a TV talk show host. Both books push just the buttons to provoke the public, addressing the biggest taboos in their respective societies. There is merit in that mentality, I believe. It is important to be able to debate sensitive issues in public debate. But ‘Submission’ presents the reader with an overly simplistic version of Islam: in Houellebecq’s vision of the future, the two main changes to French society are the acceptance of polygamy and the expectation that women must cover up. If you are going to provoke, do your research and provoke intelligently.

‘Submission’ was a financial success, selling 155,000 copies within the first five days of being published. With the date of its release coinciding with the Charlie Hebdo attack, the novel that fed a fear that was spreading through France at the time. Since its publication, Houellebecq has been under 24-hour surveillance by bodyguards. He can’t leave his house alone for fear of an assault.

The book will not have a long shelf-life: it is anchored too firmly in the current politics of France. So much of the context given is specific to France’s political scene, with some fairly obscure references to political figures. This novel will be a shooting-star bestseller, off the shelves and forgotten again by the end of the year. Nonetheless, there are some humorous passages, especially when Houellebecq takes on the French University system, its outdated hierarchies and the academic self-indulgence of petty literary professors. In the end ‘Submission’ made me mostly angry. But it also made me think. I really wanted to argue with Houellebecq, so much so that I had to scribble little notes in the margins to formulate my dissent. So if this type of book appeals, read it with a strong sense of irony and healthy dose of criticism: you might enjoy the provocation. But maybe get it from the library. Or borrow it from a friend. It’s seriously not worth the $13.75.

“There is a dream-like quality to Spitalfields Life. As you are drawn into it, you feel as though you are leaving behind the brightly-coloured East End of the present, and stepping into the black-and-white East End that we know from photographs of a hundred years ago…”
Robert Cottrell continues his series on the best of the web.

"...They have served well. / Even though knuckles are pummeled, nails ridged/ like limpet shells. These hands have never/ been...