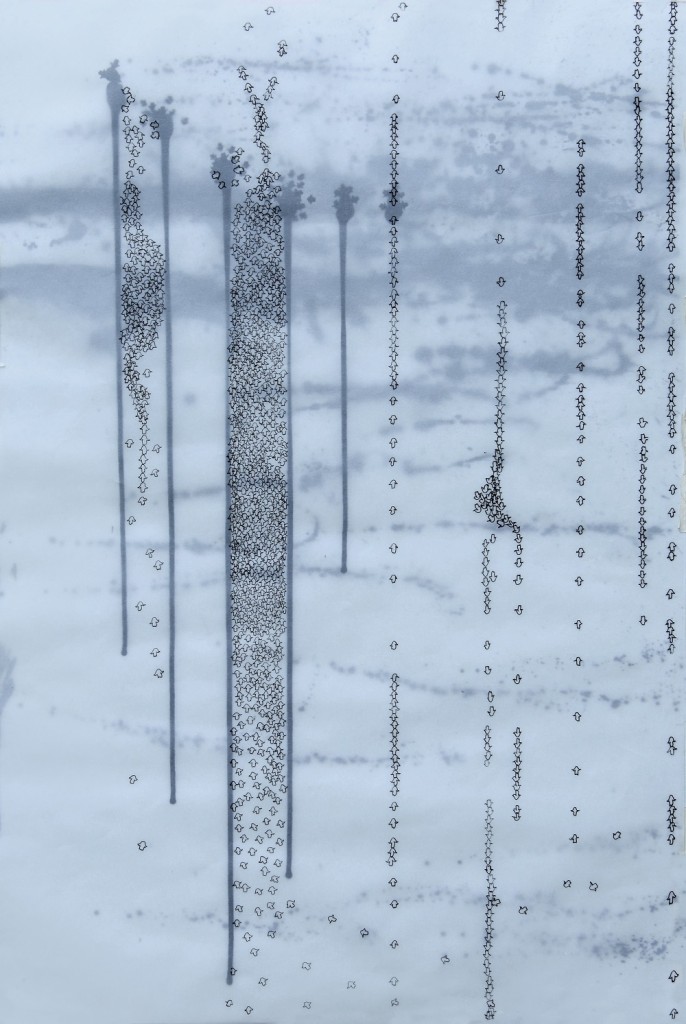 This text was part of a talk given by Emma Villazón at the 20th International Feria de Libro in La Paz. The complete Spanish version can be read on the blog Hay Vida en Marte.

Now I’ll answer the question about the golden age of poetry in Bolivia and contemporary poetry. If by “golden age” we mean a time when many poets produced great work, this might be the ‘30s, with Ricardo Jaimes Freyre, Gregorio Reynolds, Franz Tamayo, Arturo Borda, Hilda Mundy, Raúl Otero Reiche and Gamaliel Churata. That period seems a fruitful and interesting one, since there was a conjunction between the effervescence of political ideas of the left, avant-garde aesthetics of modernism, and indigenous Andean vein of Churata. Perhaps one could also talk of another interesting period: the decades from the ‘50s to the ‘80s, when Jaime Saenz, Oscar Cerruto, Edmundo Camargo and Blanca Wiethüchter wrote.

But thinking in terms of a golden age is complicated, because it can introduce nostalgia for a past time better than the present, and encourage the idea each period has its corresponding poet, which creates rivalries between the old and the new. In our case for example, some readers prefer Ricardo Jaimes Freyre and reject Saenz, or the opposite, considering Saenz a great poet and therefore rejecting modernist poetry. It can also happen that some poets, with a self-defensive attitude regarding their own work, propose killing predecessors like Saenz. But are these battles authentic? I’ll respond with what Marina Tsvetaeva said about the rivalry between old Pushkin and modern Mayakovsky:

The statement ‘I love poetry but not contemporary poetry’ and its opposite ‘I love poetry but only contemporary poetry’ are equivalent, that’s to say, worth little or nothing. No one (…) who loves poetry would talk like this, no one who truly loves poetry would destroy the authentic works of yesterday — and forever — to benefit what’s authentic today (…). Whoever loves only one thing doesn’t love anything. Pushkin and Maiakovsky would’ve been friends, in reality were never in conflict. The inferior are hostile to one another, the summits — always in agreement. ‘Beneath the heavens there’s enough room for all’ — the mountains know this better than anyone.

Thinking in terms of a golden age is complicated, because it can introduce nostalgia for a past time better than the present, and encourage the idea each period has its corresponding poet, which creates rivalries between the old and the new.
Following Tsvetaeva, it’s not that each age has its corresponding poet, but that the great poets surpass their age, go beyond their age. It’s not that yesterday we had great poets, but that we’ve had them ever since then and will have them forever. A great poet lasts forever. I see some poet friends who detest Saenz as if he were a great shadow over them, but I think those who really love poetry must read Saenz with fervor: loving his words, stealing the best from him, burning the monuments made to him. The same with Cerruto and Jaimes Freyre. Going back to the question about the golden age, I believe our great poets from the past accompany us now and will for a long time.

As for the poetry written today in Bolivia, there’s been an increase in poetry readings, which didn’t exist a few years ago. In La Paz I know of the “Escándalo en tu barca” series organized by Adriana Lanza, in Cochabamba, the ones at Café Kafka, and in Santa Cruz those organized at La Calleja and the Feria del Libro. In Cochabamba, the publishers Género Aburrido and Yerba Mala Cartonera publish poetry, and the Chilean poet Juan Malebrán has directed a workshop for years, a great motivation for many young people. There’s no doubt this increase in public readings is positive; sharing poetry in public is necessary and will always be welcome.

The Return of White Collar Don’t be fooled people, that healthy glow, that new beard and those filled out abs are not because Neal…

Disgraphias of the poet: the drawings of Jaime Saenz

"What should one do when the time comes to look at the pen strokes of the drawings of Jaime Saenz,...